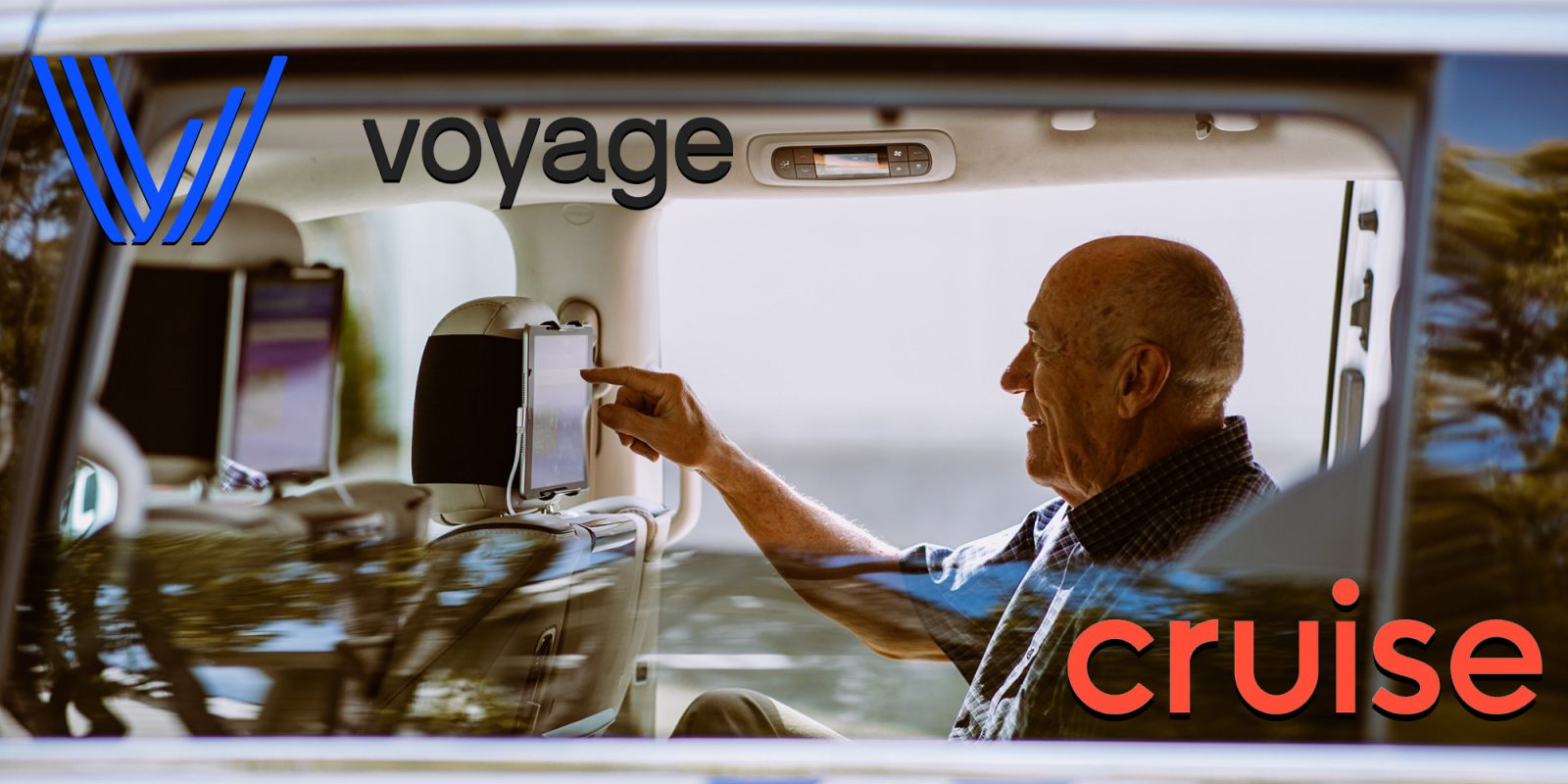 Self-driving startup Voyage announced it has been acquired by Cruise, a larger autonomous driving company. The California-based company previously made breakthroughs in self-driving technologies by transporting senior citizens around their communities. Voyage looks to pair its previous research with Cruise’s substantial resources to expand self-driving services to all.

This autonomous startup was founded in 2016 as a spin-off venture of Udacity. According to today’s announcement, the company began by trying to create an open-source self-driving car. After months of research, the “Voyagers” discovered what they cared about most was the people their technology would be serving. It then began focusing on safely transporting senior citizens.

Since then, Voyage has been able to produce three generations of robotaxis as well as proprietary self-driving technologies that will now benefit Cruise moving forward. This includes Commander — Voyage’s self-driving A.I., Shield — its collision mitigation system, and Telassist — a remote assistance solution.

Voyage may not be a name you recognize, but you’ve more than likely heard of Cruise. The self-driving company was founded in 2013 in San Francisco and was acquired by General Motors in 2016. As a result, GM began providing Cruise with Chevy Bolt EVs to develop at autonomous prototypes.

Despite GM owning Cruise, the automaker is still taking outside investment from other companies. It received $750 million from Honda in 2018. Furthermore the company raised another $1.15 billion investment from Honda and institutional investors in 2019.

Most recently, GM’s Cruise saw a new investment round of $2 billion, led my Microsoft. Along with the investment, Microsoft is going to become Cruise and GM’s “preferred cloud service provider.” Satya Nadella, CEO of Microsoft, commented:

“Advances in digital technology are redefining every aspect of our work and life, including how we move people and goods. As Cruise and GM’s preferred cloud, we will apply the power of Azure to help them scale and make autonomous transportation mainstream.”

With General Motors, Honda, and now Microsoft in Cruise’s corner, the future looks bright for its autonomous vehicles. To that note, Voyage is probably quite pleased to be joining the Cruise team.

So what does this mean for Voyage? According to the official announcement on its website, the company will now contribute to Cruise’s mission of delivering the safest, most affordable transportation alternatives to all. Co-founder and CEO Oliver Cameron stated:

Cruise’s deep partnerships with GM and Honda deliver the crucial engineering, manufacturing, and safety expertise required to scale a handful of self-driving vehicles to millions and do so with unrivaled cost efficiencies.

I am thrilled that key members of our Voyage team—particularly those who worked on our third-generation robotaxi—will be able to use their extensive experience in vehicle development to put their stamp on the Cruise Origin, delivering a better and safer future for our roadways.

It appears much of the Voyage team will focus on Cruise’s upcoming Origin EV. Unlike the Chevy Bolt EVs, the Origin is purpose-built as a self-driving vehicle with no manual steering controls. This autonomous EV is designed specifically for ridesharing purposes. Furthermore, the Origin began road testing late last year.

More details are sure to come regarding this acquisition. Check back with our Cruise guide for all future updates on the Origin and Cruise’s autonomous ridesharing technologies.

This acquisition feels like a win-win for both sides. For Voyage, its years of hard work with limited resources have paid off. The fact that Cruise is interested in its proprietary technologies like Commander, Shield, and Telassist should serve as validation to Voyage’s dedicated team. Other R&D mentioned by Voyage such as Deepdrive and fleet learning could all benefit Cruise moving forward, too.

For Cruise, its one less competitor in a shifting self-driving market, but also helps further establish the company as a leader in the technology. As Voyage’s CEO says, “the self-driving industry is consolidating.” Only those companies that have the funding, the partnerships, and the technology will be left standing. Cruise checks all those boxes and then some.

Voyage may no longer be able to specifically serve the senior citizen community, but its team can help the Cruise Origin reach its full potential quicker. Then autonomous rideshare vehicles can help better the lives of all citizens, including our wise elders.