EGEB: Why is Texas’s grid failing in the state’s big freeze? 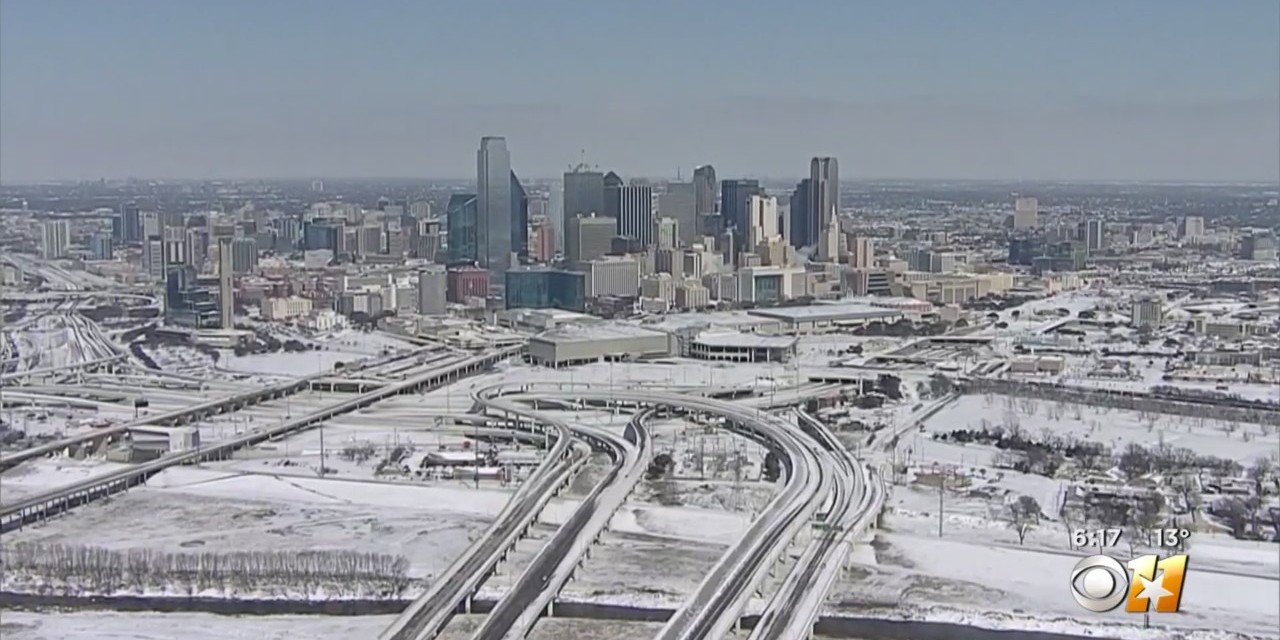 Texas is experiencing very cold temperatures that the Lone Star State isn’t used to – and that is severely impacting its power grid. As of time of writing, it’s 15F in Houston (-9C), 11F in Austin (-12C), and 5F (-15C) in Dallas. Much of the northern US deals with these sorts of temperatures every winter, and places like Scandinavia and Russia don’t blink an eye, but this is new to Texas.

The Texas grid is run by the Electric Reliability Council of Texas (ERCOT), a nonprofit controlled by the state legislature. Nearly the entire state is part of a single grid that lacks extensive integration with surrounding states’ grids, which is unusual.

Due to the severe weather and freezing temperatures across our state, many power companies have been unable to generate power, whether it’s from coal, natural gas, or wind power.

To avoid large-scale blackouts and damage to the grid, ERCOT began implementing outages shortly after 1 a.m. Monday while the companies that generate power work to restore power generation.

It’s not just because a portion of the wind turbines froze (remember that Texas leads the US in wind energy). Wind turbines operate successfully in freezing temperatures in Antarctica and Europe’s North Sea. The Austin American Statesman explains:

Wind farms across the state generate up to a combined 25,100 megawatts of energy. But unusually moist winter conditions in West Texas brought on by the weekend’s freezing rain and historically low temperatures have iced many of those wind turbines to a halt.

Fortunately… the storm’s gusty winds are spinning the state’s unfrozen coastal turbines at a higher rate than expected, helping to offset some of the power generation losses because of the icy conditions.

ERCOT told Bloomberg that problems were widespread across generating sources, including coal, natural gas, and even nuclear plants. Of the 34,000 megawatts of generation forced off on Monday, the grid operator said about 20,000 MW was thermal, with about 14,500 MW of wind, according to E&E News.

In the past, severe cold has caused US supplies of natural gas to be constrained, as use in residential heating competes with its use in generating electricity. But that doesn’t explain the shortfalls in coal and nuclear, and the ERCOT executive wasn’t willing to speculate.

Authorities will probably need several weeks, if not longer, to fully understand how so much generating capacity was taken offline at what turned out to be a period of critical demand. But the event drives home the fact that balancing supply and demand on the grid has always been a challenge and prone to failure at times of extreme heat and cold. While the variability of renewable supplies will undoubtedly increase the challenge, the growing emphasis on pairing them with storage may ultimately help smooth out some of the problems in the coming decades.

In other words, time to upgrade the US grids, as Electrek reported this week, to include boosting storage. In the meantime, Texans: If you’re lucky enough to have power, help out ERCOT by turning off your nonessential appliances (TV is not an essential appliance, folks), turn off unnecessary lights, turn down your heat as low as you can stand, and layer up. Good luck.

Ford has become the first US automaker to join the Washington State-headquartered Initiative for Responsible Mining Assurance (IRMA), the automaker reported yesterday in a press release. It says it is committing to sustainably source all raw materials used in vehicles globally.

Ford has also committed to lead the electric vehicle and sustainable mobility revolution and nearly doubled, to $22 billion, what it will invest in developing EVs and create solutions.  That work will increase the company’s reliance on mined material, particularly related to production of electric vehicle batteries.

Everything we make and everything that goes into our products throughout the supply chain must not only comply with local laws, but follow our commitment to sustainability and human rights protection.

Joining IRMA helps us and other companies consistently achieve that goal by forwarding best practices to address environmental, social, and governance issues.

Ford says it will continue to conduct outreach to mining companies to engage with IRMA and undergo assurance.