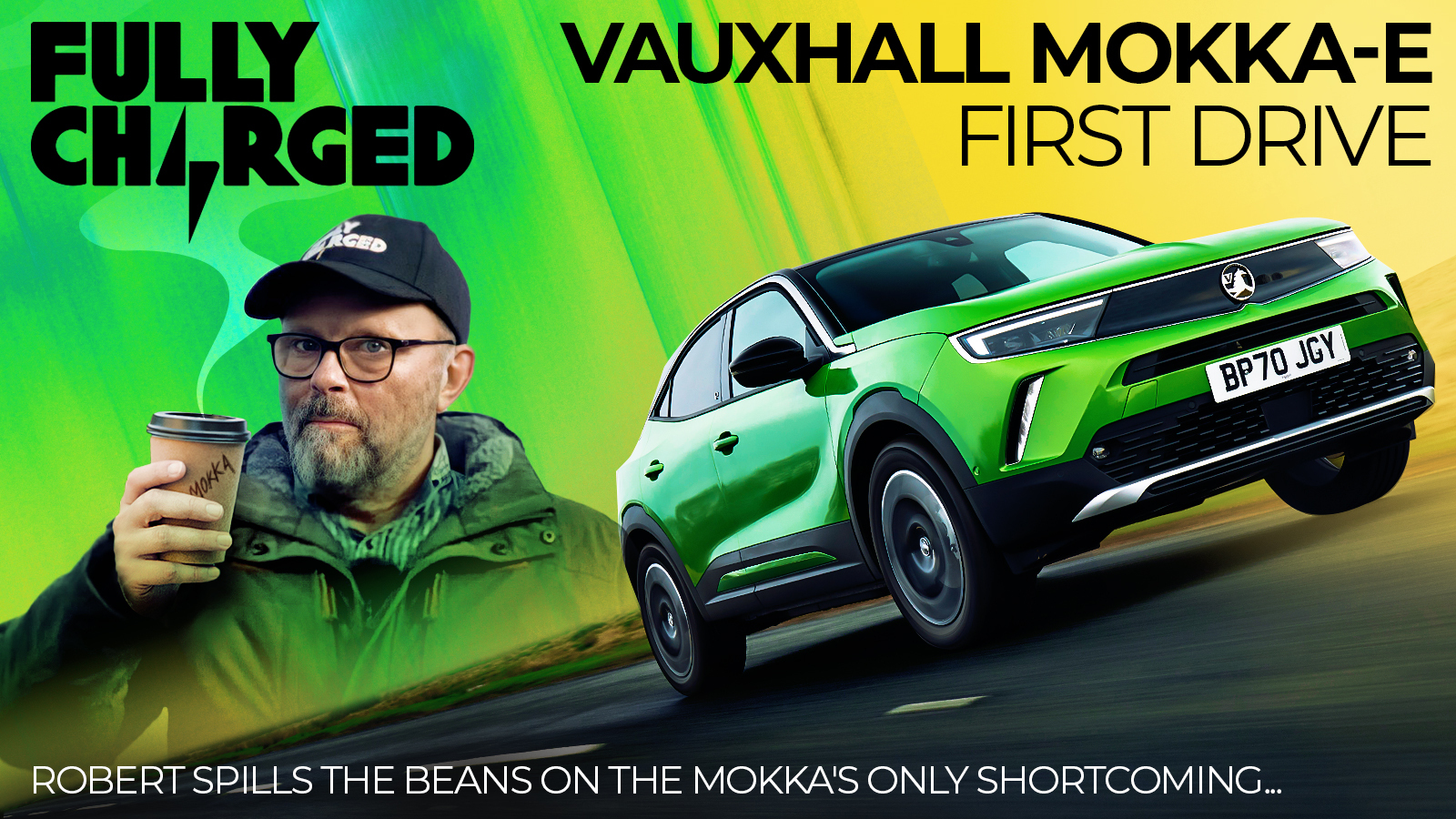 In the European electric car scene, things are getting competitive. The last 12 months have seen an explosion in a previously under-served segment of the market, electric SUVs.

[Note: This is an ongoing collaboration between Fully Charged and Electrek to highlight EVs in Europe]

PSA, the group that owns Citroen, DS, Peugeot & Opel/Vauxhall* is one of the prime movers in this market with the e-C4, DS3 Crossback e-Tense, Peugeot e-2008, and now the Opel/Vauxhall Mokka-e. We can argue about the merits of more large vehicles another time, what’s significant here is that, of those SUVs mentioned, this is arguably their best yet. But can it compete with the best EVs in this class, the Hyundai Kona and the Kia e-Niro? I was “sent to Coventry” to find out.

Firstly, I can say without fear of contradiction that this is the “greenest” car I’ve ever driven. Yet, it’s not green behind the ears; in fact, I would describe it as “confidently mature.” While beauty is subjective the Mokka-e has an eye-catching exterior, in a good way, and the interior is attractive if not alluring. The user interface is competent, although I struggled with the German satnav, but that’s probably me. As a “compact” SUV it is not overly spacious in the rear, but the trunk itself is a little more generous with 350 liters with the seats up, 1105 with the seats down.

When it comes to performance, the Mokka-e has a “real world range,” according to the EV-Database of 155 miles, while the WLTP range is 200 miles. It boasts a 45 kWh usable battery and can charge at a perfectly respectable 99 kW. And in fairness, the Mokka-e is packed with features and is a really compelling package. Sadly, we don’t know of plans for the car to come to the US.

So for us, the elephant in the room is the £10,000 premium you will pay for the electric version over its gas counterpart. We’ve talked to industry insiders, and we can no longer see how this level of additional cost can be justified. We fear that this is a strategic decision, designed to delay the inevitable tipping point towards electric vehicles. Could this be a tinfoil-hat wearing conspiracy? Maybe. But although we don’t subscribe to “microchips in vaccines” or “lizards in Government” – as tempting as the latter might be in the UK right now – in this instance, we think we might be onto something. And as a strategy goes, inflating the cost of your product could prove costly and counter-productive.