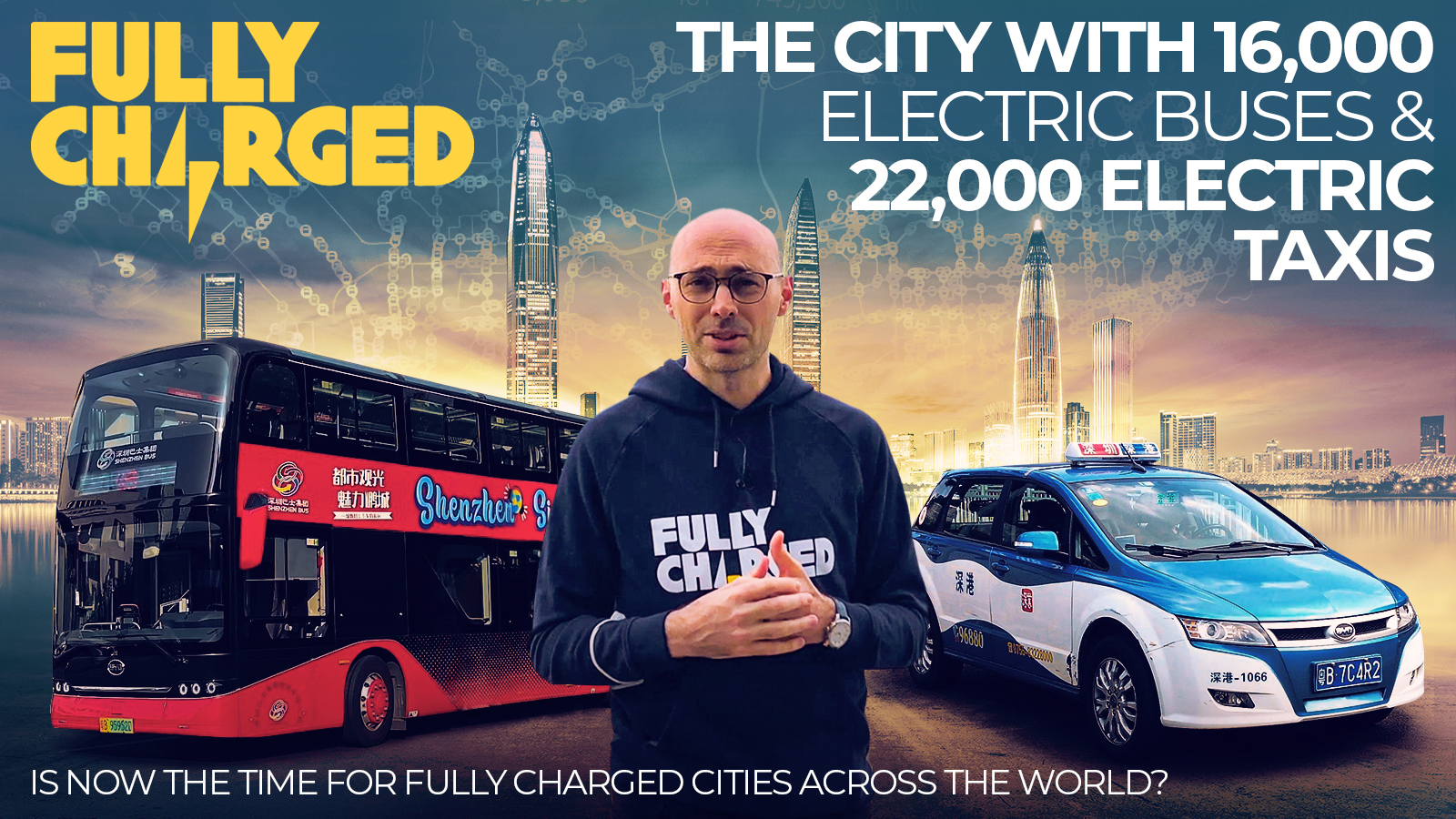 General Motors gave Norway and its electric car success story the best possible promotion this week with their ‘No Way, Norway’ advertisement ahead of this Sunday’s Super Bowl LV. While Will Ferrell’s rallying cry has amused many and left others less impressed, in the absence of any actual electric cars to sell, it’s a conversational icebreaker at least. But there’s also a city in China with the biggest electric public transportation system in the world.

[note, this is part of an ongoing collaboration between Fully Charged and Electrek]

At Fully Charged, it’s a tactic we applaud, as there are few better ways to demonstrate what is possible than showing that it is already happening elsewhere. If adoption of plug-in vehicles in Norway (80.66% of sales in January) is impressive, then that pales by decarbonization comparison to the shift to electric public transport in China, where there are more than 420,000 electric buses in use.

As a result of the COVID-19 pandemic, public transport is a harder sell in the short-term, but it remains a critical piece of the air pollution puzzle. We sent Elliot Richards to investigate how a single city can operate and charge almost 40,000 electric vehicles, and the results were quite eye-opening. Shenzhen is a shining example of what is possible when it comes to electrifying land-based public transportation. This booming city in the South of China switched from 16,000 diesel buses to electric equivalents almost overnight. Excitingly, Elliot got to see behind the scenes, including all of the data on-screen, tracking metrics like income and punctuality in real-time. Unsurprisingly, the bus companies conduct all of their charging overnight to maximize cheaper electricity tariffs.

The electrification of Shenzhen’s public transport fleet is evidently the result of a lot of long-term planning. While buying the buses was an investment challenge, the bigger challenge revolved around infrastructure, including replanning of routes and repositioning of depots. Unsurprisingly, the electric buses and the electric taxis have proven incredibly popular with drivers, who cited that the vehicles are easier to drive, quieter, and, without emissions, healthier too. The inconvenience of charging time, on the rare occasions there is the need for it, is offset by first-class facilities at the depots.

What struck us above all when watching Elliot’s footage, was the absolutely critical relationship between the city and the bus and battery suppliers. The joint venture with Shenzhen-based BYD has been pivotal, as it has enabled the deployment of thousands of electric vehicles. It reinforces the enormous value for any city, region, or country to do everything they can economically to ensure that one opens up on their doorstep. Or failing that, to engage as early as possible with electric vehicle and battery suppliers.

This episode goes to show that, as in the words of the writer William Gibson, “the future is already here, it is just not very evenly distributed.” The flipside of this, though, is that while the cities that have already acted, or those that act quickly, now could inhabit that cleaner, greener future very soon. Those that don’t are in real danger of being left behind, and perhaps they won’t only be counting the cost from a public health perspective, but maybe the missed, once-in-a-generation opportunity to transform local infrastructure and manufacturing too.