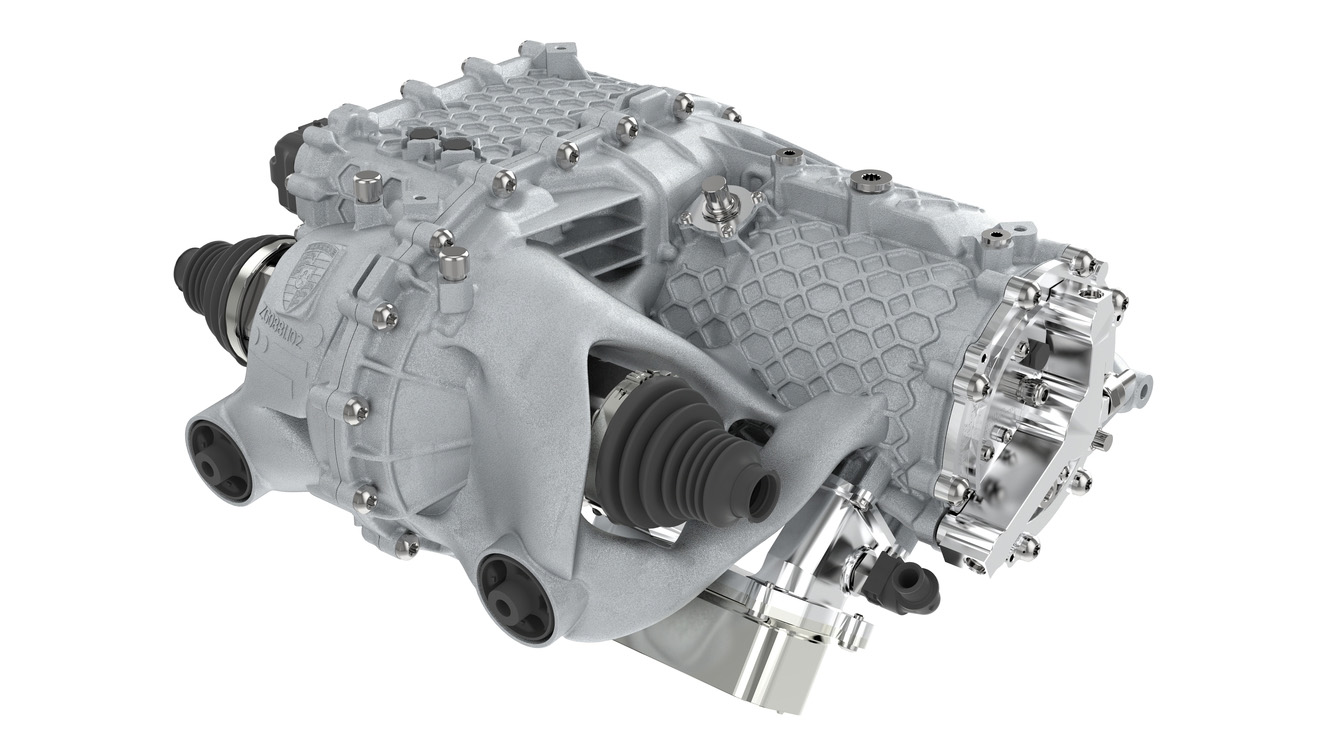 In December, Porsche announced that it had been 3D printing prototype housings for electric drives that were stronger, lighter, and much quicker to manufacture. The engine-gearbox units produced using this method were even able to pass all of the company’s quality and stress tests without issue.

Porsche manufactures the housings using a 3D printing method called laser metal fusion, which entails a laser beam heating and melting a powder surface depending on the desired contours. This method allows Porsche to produce an engine gearbox that is both 10% lighter and 100% stronger because of the inherent lattice structures.

Another significant upside to manufacturing parts this way is the ease and speed of creating new components or making changes to existing ones. For example, an entirely new part can be designed and then physically printed very quickly with no need to do things such as create new tooling to manufacture the part.

Frank Heilfort, project manager in the Powertrain Advance Development department at Porsche said, “this proves that additive manufacturing with all its advantages is also suitable for larger and highly-stressed components in electric sports cars.” Heilfort even went as far as to say that electric drives with 3D printed parts could be used in the future for limited-edition super sports cars.

Implementing 3D printed parts into Porsche’s electric vehicles such as the Taycan and upcoming all-electric Macan makes a lot of sense when considering their heavy weight due to the battery packs. For instance, the Porsche Taycan 4S weighs in at 5,128 pounds, which is about 2,000 pounds heavier than the Spyder. Having the capability to instead 3D print a few of the heavier parts of the car would cut down the curb weight, potentially squeezing more performance out of it.

Porsche also says that there is potential for it to begin producing obscure spare parts using 3D printing for older vehicles that are no longer being produced. The company also stated that it could begin to produce customization parts that appeal to a more niche customer base without the huge costs typically associated with such a move. The possibilities this manufacturing method unlocks could truly be endless.