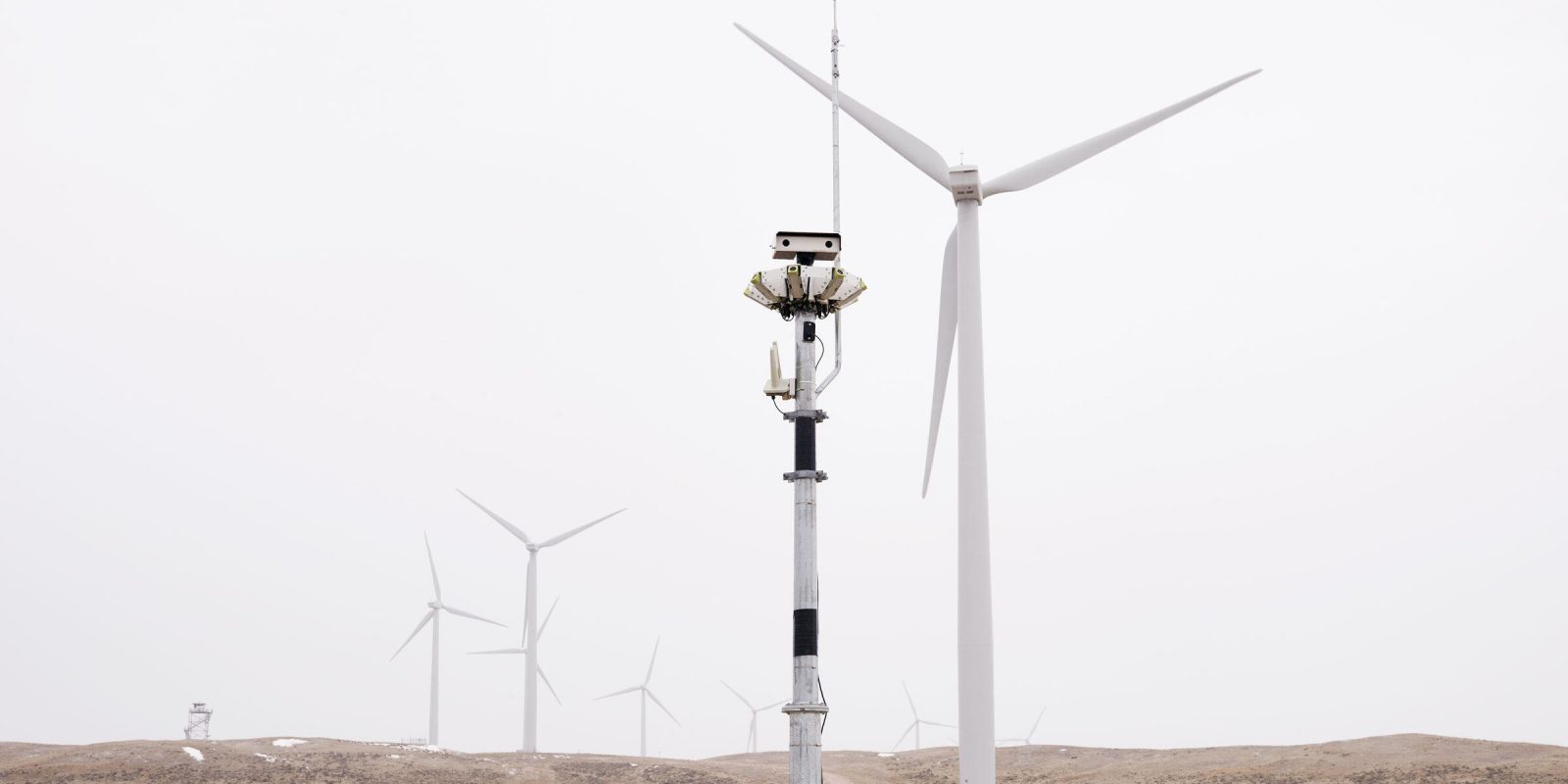 IdentiFlight’s smart cameras, which spot birds of prey such as eagles and then halt wind turbines to protect the birds, can result in a large percentage reduction of bird deaths, according to a new study published last week in the Journal of Applied Ecology.

The study, titled, “Eagle fatalities are reduced by automated curtailment of wind turbines,” tested the efficacy of IdentiFlight’s camera system, which detects flying objects, classifies them, and decides whether to curtail individual turbines to avoid potential collision, at Duke Energy’s Top of the World Windpower Facility in Wyoming.

They compared the number of eagle fatalities observed at Top of the World with those at a control site without IdentiFlight nine miles (15 km) away.

There was an 82% reduction in the fatality rate at Top of the World relative to the control site. The researchers’ conclusion:

This technology therefore has the potential to lessen the conflict between wind energy and raptor conservation. Although automated curtailment reduced fatalities, they were not fully eliminated. Therefore, automated curtailment, as implemented here, is not a panacea and its efficacy could be improved if considered in conjunction with other mitigation actions.

The Colorado-based company describes its mission as, “To protect wildlife and grow renewable energy.” Here’s how the product works, in IdentiFlight’s own words:

The IdentiFlight system blends artificial intelligence with high-precision optical technology to detect eagles and other protected avian species. Proprietary software and neural network technologies process the images to determine 3D position, velocity, trajectory, and protected species of interest, all within seconds of detection. IdentiFlight towers operate as an autonomous system detecting, classifying, and curtailing specific turbines that could pose a risk to the bird. The system detects a bird as far as one kilometer away, classifying it as a protected species such as an eagle (or not) in real time. The IdentiFlight towers can be positioned to cover multiple turbines in a single wind farm. When installed as a network with overlapping aerial coverage, the systems work together to provide the most protection possible for avian activity in the area.

The IdentiFlight has 47 million images of protected species in its database, allowing it to be more precise, and thus keep energy loss through curtailment to a minimum.

We… look forward to continuing to demonstrate that wildlife and wind generation can coexist.

We’ve covered the contentious “wind turbines are bad for the bird population” issue before. Of course, we at Electrek love birds – a big part of our passion in the move toward electrification is to protect the earth and all of its creatures. We don’t want to see a single bird death.

Bird deaths due to wind turbines pale in comparison to being killed by cats, windows, cars, power lines, and agricultural chemicals.

And what’s really going to decimate the bird population is climate change brought on by the use of fossil fuels. An October 2019 report from the National Audubon Society found that nearly two-thirds of bird species in North America are at risk of extinction from climate change.

So the “wind turbines are bad for the bird population” argument simply doesn’t, well, fly in the big picture. However, anything that protects birds and grows green energy? We are 100% behind that. Nice job, IdentiFlight.

Tesla is expected to reach 1.3M deliveries in 2022