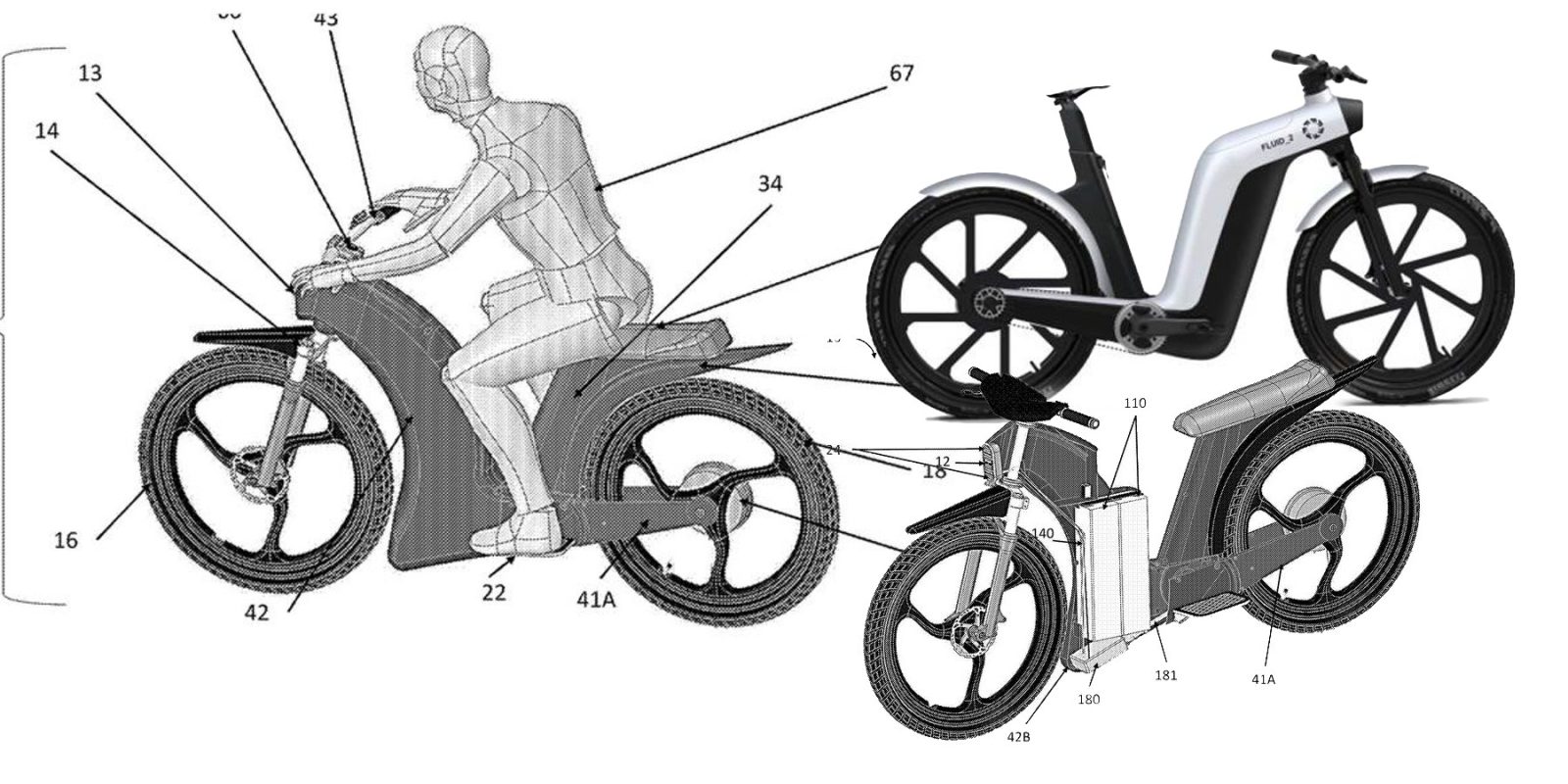 A recent patent reveals an interesting and novel type of of electric motorbike that could become Fuell’s next big EV.

Two-wheeled EV company Fuell was founded in 2019 by Erik Buell and his team to develop both electric bicycles and electric motorcycles.

The company began by prioritizing the Fuell Flluid electric bicycle ahead of the more costly and complicated Fuell Fllow electric motorcycle.

One of the concepts, known as the Flluid_2, appears to actually be making progress based on its inclusion in a recent patent.

The patent, uncovered by CycleWorld, appears to show an electric motorbike that is convertible from a lightweight motorcycle or scooter into a pedal-augmented moped.

The patent drawings indicate a swappable hybrid drivetrain that can replace the foot platforms with functional pedals.

In the scooter form, the device would apparently be more of a moped or light motorcycle-class vehicle. But adding the pedals (and presumably limiting the power and/or speed) could sneak the vehicle into electric bicycle classes that would help riders avoid legal requirements such as licensing and registration.

The vehicle appears to share similar magnesium monocoque construction with the Fllow, though it likely sports significantly less battery capacity and motor power.

The rear hub motor appears to be much smaller than the powerful 11 kW or 35 kW options previously floated for the Fllow.

The patent also reveals long, thin battery packs that sit vertically in the forward section of the body and would be removable via a flip-up hatch at the top of the battery compartment.

Multiple battery options are shown in the patent including options for single or dual batteries of different sizes.

Various seat options are also shown, including a more traditional bicycle saddle and a longer moped-style seat that may be able to accomodate more than one rider.

Just because Fuell has patented the vehicle doesn’t mean it is necessarily headed for production. But the company’s continued R&D is a good sign that we’ll eventually see more than just an electric bicycle from Fuell.

Lightweight electric motorcycles like the 11kW Fuell Fllow are an underserved market in the electric motorcycle industry. Established companies have been hesitant to enter the space, leaving room for startups to fill the void. Newcomers to the market such as the SONDORS Metacycle are beginning to create offerings in the category, which could help encourage other companies such as Fuell to jump in.

What do you think of Fuell’s convertible electric motorbike/scooter/moped/bicycle hybrid?

Let’s hear your thoughts in the comments section below!