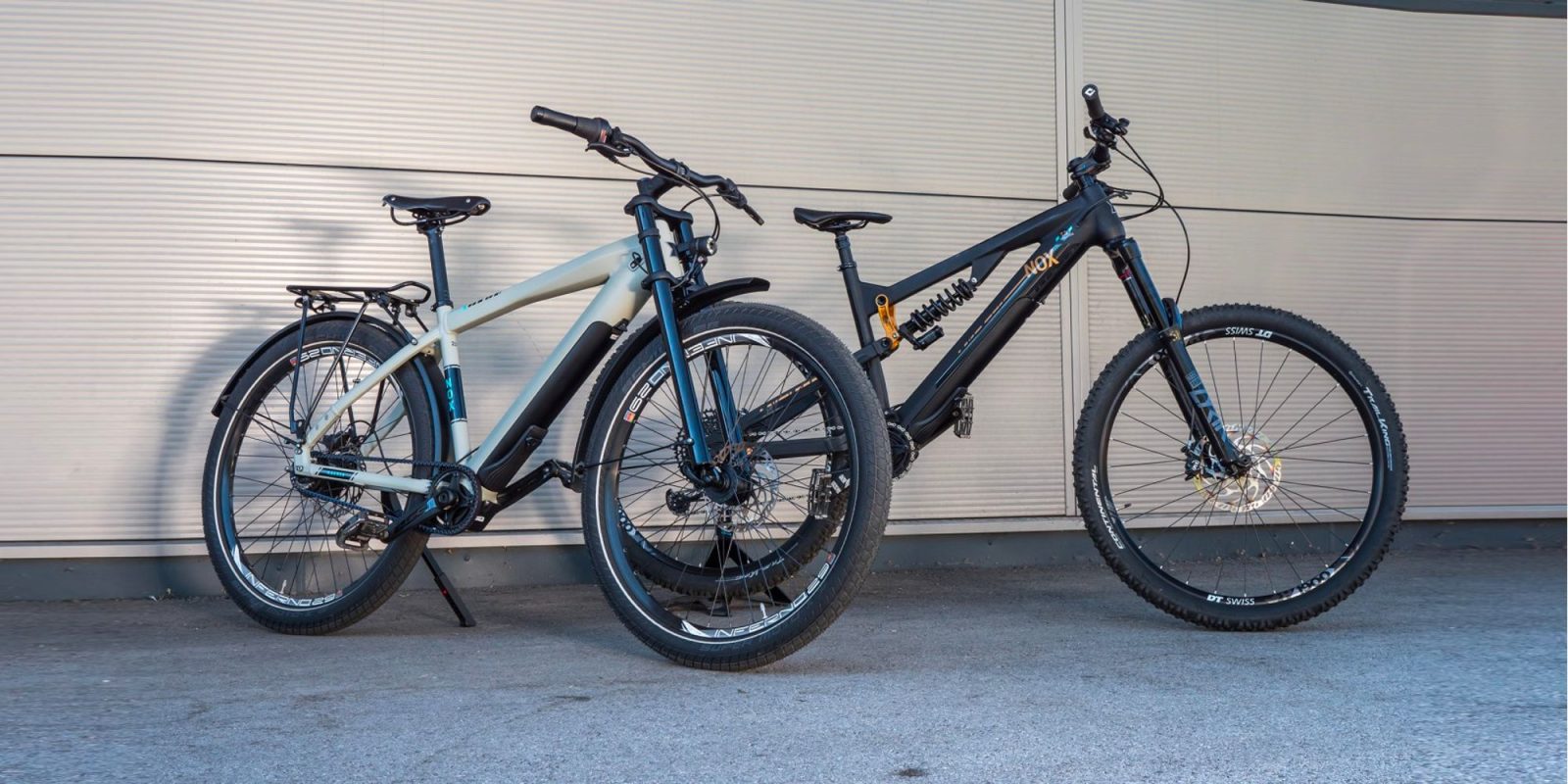 Buy one; get one deals aren’t the norm in the e-bike industry. But Nox’s new package that offers one and a half e-bikes might be on its way to changing that.

The German-based Nox Cycles is no stranger to electric bikes, already offering electric mountain bikes for the better part of a decade.

Now the company is trying to entice its riders into hitting both the mountain slopes and the tarmac by offering its new 2021 Metropolis line of rugged city/trail e-bikes that share a single motor and battery.

The ability to split a motor and battery between two e-bikes is possible thanks to the Fazua e-bike drive.

Unlike the heavier duty full-suspension Helium e-bikes, the new Metropolis model is designed for city riding with occasional trail excursions.

The package, known as the “Take 2 E-Ride 1” bundle, includes one of each bike and a single Fazua motor and battery combo.

Theoretically this offers riders two e-bikes without the full cost of two e-bikes, though of course only one e-bike can be powered at a time. The second would remain functional as a pedal bike, if the owner wanted to bring along a friend with a (hopefully) powerful pair of legs to keep up.

While the goal of the package is to help riders who would be interested in both bikes save money, don’t expect this to be a low cost offering. Nox only deals in high-end e-bikes and so the total cost of the bundle still starts at a whopping €8,699 (approximately US$10,730). But for comparison, purchasing the Helium 7.1 Enduro Expert Granit and Metropolis Hacker separately would be an even taller order at €9,798 (approximately US$12,000).

So while the deal could save you four figures, there’s still a lot of dough to shell out for these high-spec electric bicycles.

Call me when I can buy one and a half e-bikes for us mere mortals.