Lordstown will partner with Camping World for an electric RV, service locations 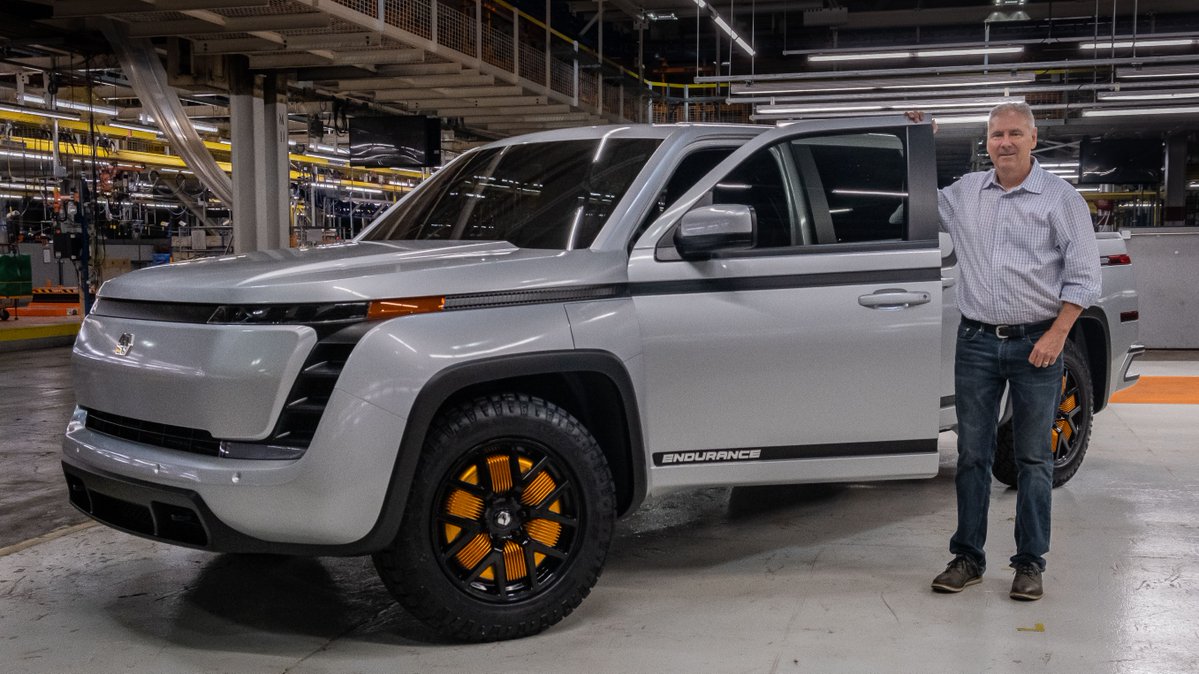 Lordstown wants to be the first to deliver a fully electric pickup truck to market and is currently targeting next fall for initial deliveries. Its current target looks like it will fall behind Rivian, which is targeting next summer. Both companies are startups, though, so it will be quite a race to see who gets there first.

Burns announced that rather than setting up their own national service network, Lordstown will leverage Camping World’s locations for service. Camping World has RV service centers across the country, which will give Lordstown the footprint it needs right off the bat.

But that’s not where the partnership ends. The two companies plan to jointly develop electrified RV equipment in order to get away from the need for gas engines and generators.

Lemonis said they will start off by electrifying trailers and “fifth wheel” campers. These would get batteries to power electric equipment on board, avoiding the need for noisy, smelly generators. The target is for the first of these to hit the road in 2021, as 2022 model year equipment.

The RV industry is approximately 90% towable equipment and 10% motorized, so electrifying these units will have an immediate effect. It’s also easier to do since they have lower power and development demands due to not needing a full electric powertrain.

Camping World plans to engage with focus groups to better tailor this new experience to their needs.

Eventually, the companies will develop a “Class E” motorhome together. Currently, motorhomes are split into Classes A, B, and C, and Lemonis envisions another class, “Class E,” designating electric motorhomes.

We don’t have any details yet on what this might look like or when it will come out, but Lemonis seemed quite excited about it. He stated that “we can sell more than [Lordstown] can make,” suggesting that demand won’t be a problem (something we’ve seen with many new EVs recently).

Affordability will be a primary focus for the Class E motorhomes. Lemonis stated that $100,000 price tags, common on RVs, are simply not affordable to many. They want to work to expand the market and ensure the future of their industry, particularly among millennials and retirees who might have difficulty with such high price tags. And given the low gas mileage that RVs get, efficiency and cost gains from electric fueling should help affordability as well.

Camping World also plans to install chargers at all of its locations, which could be used not just by its own electric RVs, but also RVs and EVs from other brands. Since its locations are often placed near major highways, these offer optimal placement for travelers and might even help them bring in a little business from EV owners browsing their stores.

Oddly enough, electric cars and RVs actually have a long history together.

In the early days of EVs, before public chargers existed and had propagated across the country, EV drivers would often use whatever high-amperage source of electricity they could find. One of the most common sources was the 50 amp RV hookup, available at many campsites across the country. An EV driver who needed a charge could pull into any campsite with hookups, ask them to park for a couple of hours, pay them $20 or so, and get a good charge out of it. Pulling up next to a big RV with a little electric Mini and plugging into the same type of high-power hookup they were using was quite a comical sight.

Now we have high-speed chargers everywhere, but this is a good example of how flexible EVs can be in their energy sources. The electric grid already reaches far and wide — you need only find the right plugs and outlets to tap into it. Early on, that was RV campsites. Soon enough, with the Lordstown “Class E” RV, campsites could come back as an enabler of emissions-free travel.