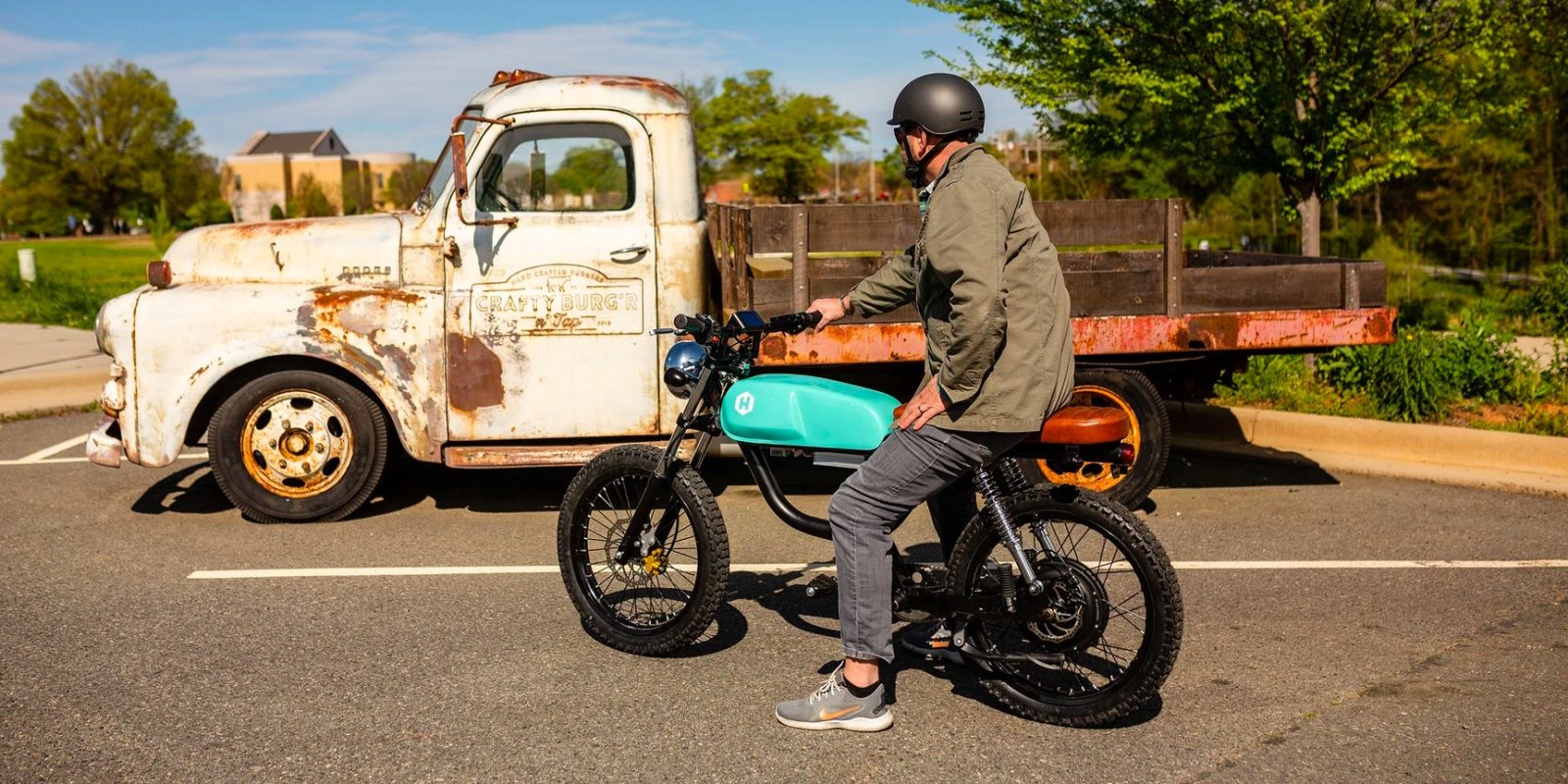 North Carolina-based Huck Cycles may be less than a year old, but the electric moped company is moving fast!

I first stumbled upon the company in April of this year. There was almost no information available, so I called up founder Brett McCoy to figure out what was going on with this obscure little e-moped startup.

As it turned out, Huck Cycles was flying under the radar for a reason. The new company was a boutique manufacturer, creating impressive retro-inspired yet high-performance electric mopeds at a rate of less than 10 per month.

The company was veteran-owned and operated, which I appreciated as a vet myself, and their bikes had that classic old-school feel combined with the latest light EV tech. Despite their low-volume production, they had a wide range of models and options ranging from 750W electric bicycles up to 3,000W and 60 mph (97 km/h) electric mopeds. And all of the bikes were built locally, starting right down from the frame welding.

I knew I had to write about them and share Brett’s story. So I did.

That was less than 8 months ago, and boy have things changed. I just caught up with Brett to hear how they’ve handled the onslaught of press and attention that followed.

What had originally been a 2-man operation has grown into 10+ employees and counting. The team went from single digits of bikes per month to 50.

They’ve now produced several hundred electric mopeds and sent them to customers across the US and Canada.

They’ve even sent bikes around the world, with Huck models currently on the streets in Europe and as far away as South Korea.

Each bike is designed by the customer together with the Huck team during the ordering process, meaning no two bikes have ever been the same.

The company has now moved into a larger 5,000 sq ft (464 square meter) shop to increase its production capacity.

They’ve also expanded their features, adding VINs over the summer to allow owners to register the electric mopeds correctly and thus ride legally as a moped or motorcycle.

They introduced new battery options up to 72V 30Ah (2.16kWh) and 72V 50Ah (3.6kWh), which Brett tells me is the largest battery available in the electric moped space. In fact, it’s so large that it is the starting battery size for a base-level Zero FX electric motorcycle.

The 2,000W Rebel and 3,000W Stinger models have received major overhauls since the last time we covered them, and Brett is preparing for the release of two new models, the Huck Rhino and Huck Fury.

The Huck Rhino will debut as a dual motor electric work bike capable of all-wheel-drive (watch out, UBCO!)

The Huck Fury will be a 5,000 W and 65 mph (105 km/h) mid-size vintage-style electric motorcycle with a centrally-mounted motor and belt drive. It should be ready in spring 2021.

Huck will also be launching a new display around that time with more complete vehicle data and Bluetooth connectivity.

We are in the process of securing a production facility and sales operations in the UK to service the EU market. We hope to have our bikes tested and approved for road use this spring and operations up and running by early-to-mid summer. And most importantly, riders in the market by the end of summer.

If you want to get your own electric moped from Huck Cycles, you’ll have to be patient. Crushing demand has now pushed wait times to as long as 12 weeks.

But we’ve got some solace for you at least in the form of a $300 off coupon that Brett generously offered to our readers. Just enter ELECTREK at checkout to save some dough on your new, vintage-inspired ride.