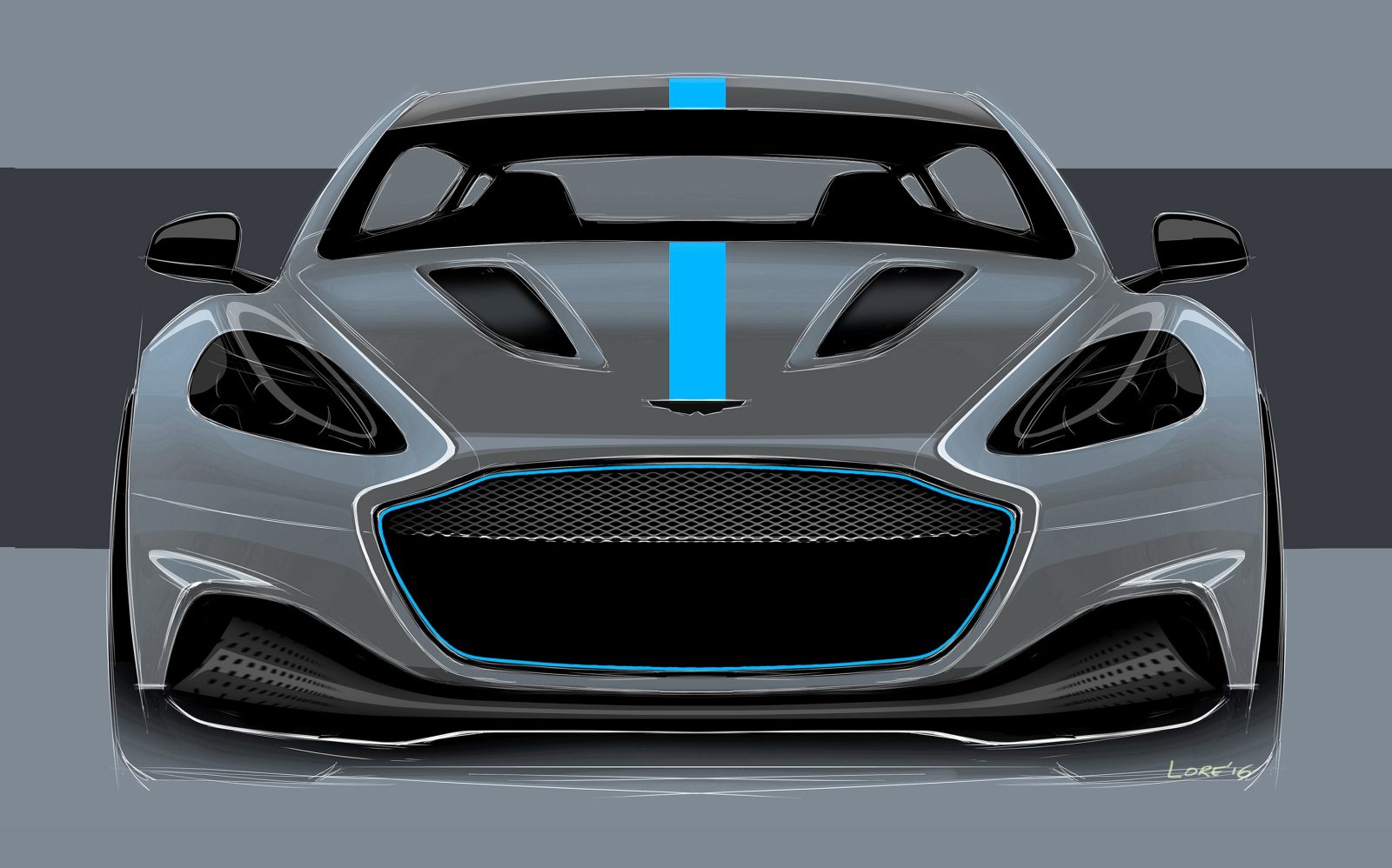 A number of UK press outlets covered a report that claims that electric vehicles need to travel 50,000 miles before its carbon footprint is better than an ICE vehicle. We’ve seen this type of report debunked many times in the past so we didn’t think it was worth our time. But a number of big UK publications ran with it.

It looks like this report could have been a sleight of hand from British luxury maker Aston Martin and a “sock puppet” PR agency, according to two electric vehicle experts who did some digging.

Last week, a number of UK mainstream media outlets ran a story claiming that EVs have to travel as far as 50,000 miles to match the carbon footprint of a gas model because of the energy consumed during the production process. The Times, the Telegraph, and the Daily Mail carried the story, among others. It was based on a report titled “Decarbonising Road Transport: There Is No Silver Bullet” that was supposedly commissioned by companies such as Honda, McLaren, Aston Martin, and Bosch.

Matt Western, MP, chair All Parliamentary Motor Group, wrote the foreword, in which he calls for a “technology neutral approach” and for companies to “innovate.” But is it really neutral? It leans heavily in favor of “e-fuels” — “the decarbonization of the fuel, not the vehicle.” Which of course is a squirrely way of avoiding BEVs.

In January, Electrek‘s Fred Lambert reported that Aston Martin reportedly killed its Rapide-E (pictured above) electric car program. He wrote that Aston Martin is probably changing its approach to be more competitive.

Carbon Brief published a fact check on EVs in 2019 (which was updated on July 2, 2020), which shows that a Nissan Leaf pays back the emissions from battery production after less than two years of driving — and emits three times less CO2 in its lifetime than the average new ICE car. The Union of concerned Scientists does a quarterly update showing how much better EVs are for CO2 usage even with a dirty grid.

Now, here’s where the “Decarbonising Road Transport” report gets sticky. Michael Liebreich, who is chairman and CEO of clean energy and transport consultancy Liebreich Associates, the founder of Bloomberg New Energy Finance, and an official adviser to the UK’s Board of Trade, did some research — and tweeting about his findings — along with Auke Hoekstra, who researches EVs at Eindhoven University of Technology and is a director at NEON research in the Netherlands that looks at climate action, renewable energy, and smart and sustainable transport.

Hoekstra’s and Liebreich’s goal? In Liebreich’s words on an article on LinkedIn published yesterday, “getting the truth out [about] EV carbon emissions, and how much lower they are than internal combustion cars.”

Hoekstra then debunked the study:

If you look at Hoekstra’s Twitter thread, he clearly explains why the study has no legs. But Liebreich summarizes Hoekstra’s findings neatly:

The report compared the emissions of a petrol Volvo XC40 and a Volvo Polestar 2, the nearest pure-electric equivalent. The biggest errors Auke identified were as follows: 1) the report used fuel consumption figures based on the WLTP test cycle, but these are well-known to under-estimate real-world figures by a wide margin; 2) the report failed to account for upstream emissions in the production of petrol; 3) the report failed to account for the fact that electricity in the UK (as in every single market of the world) will become cleaner over the lifetime of a car bought today; and 4) there appeared to be anomalies in the CO2 footprint associated with the manufacture of the rest of the car, excluding the drive train.

On the last page of the report, the “contact” is a company called Clarendon Communications (which has eight followers on Twitter, and follows a lot of Tory Party government officials and auto companies. Oh, and Donald Trump, which they blocked.). A screen grab of Clarendon’s website (you can see it on Liebreich’s LinkedIn article) has a section called “Clients,” which lists Bosch and Aston Martin. But that section has now been deleted from Clarendon’s website. On the Companies House website, the UK’s registrar of companies, the company’s single director is a person named Rebecca Caroline Stephens. No other employees are named, and there is no phone number of the company’s website, just a contact form.

So Liebreich checked Clarendon House on Her Majesty’s Land Registry (it tells you who owns what property and land). Rebecca Caroline Stephens owns Clarendon House, a residence — with James Michael Stephens, who is the director of government and external affairs at Aston Martin.

Liebreich asked some final questions that really ought to be answered.

Western is a Labour MP for Gaydon, the site of Aston Martin’s HQ and its largest plant. He will fight for his largest employer of course, but is it ethical to put your name to a misleading report as a member of Parliament? Does this act on Western’s part reflect conflict with Boris Johnson’s “Green Industrial Revolution”?

What was the role of all the other companies listed on the report? And did Aston Martin’s senior management know about this report, which appears to be issued by a communications company in James Stephens’ wife’s name?

Electrek contacted Aston Martin and asked who the researchers were on this report, and what the relationship is between Aston Martin and Clarendon Communications. We are waiting for a reply, and will update this story if we hear back from them.

And finally, will the UK media outlets who ran this story, which Hoekstra calls a “misleading brochure,” issue corrections? They really should — this report should have been fact checked. We’ll have to wait and see.