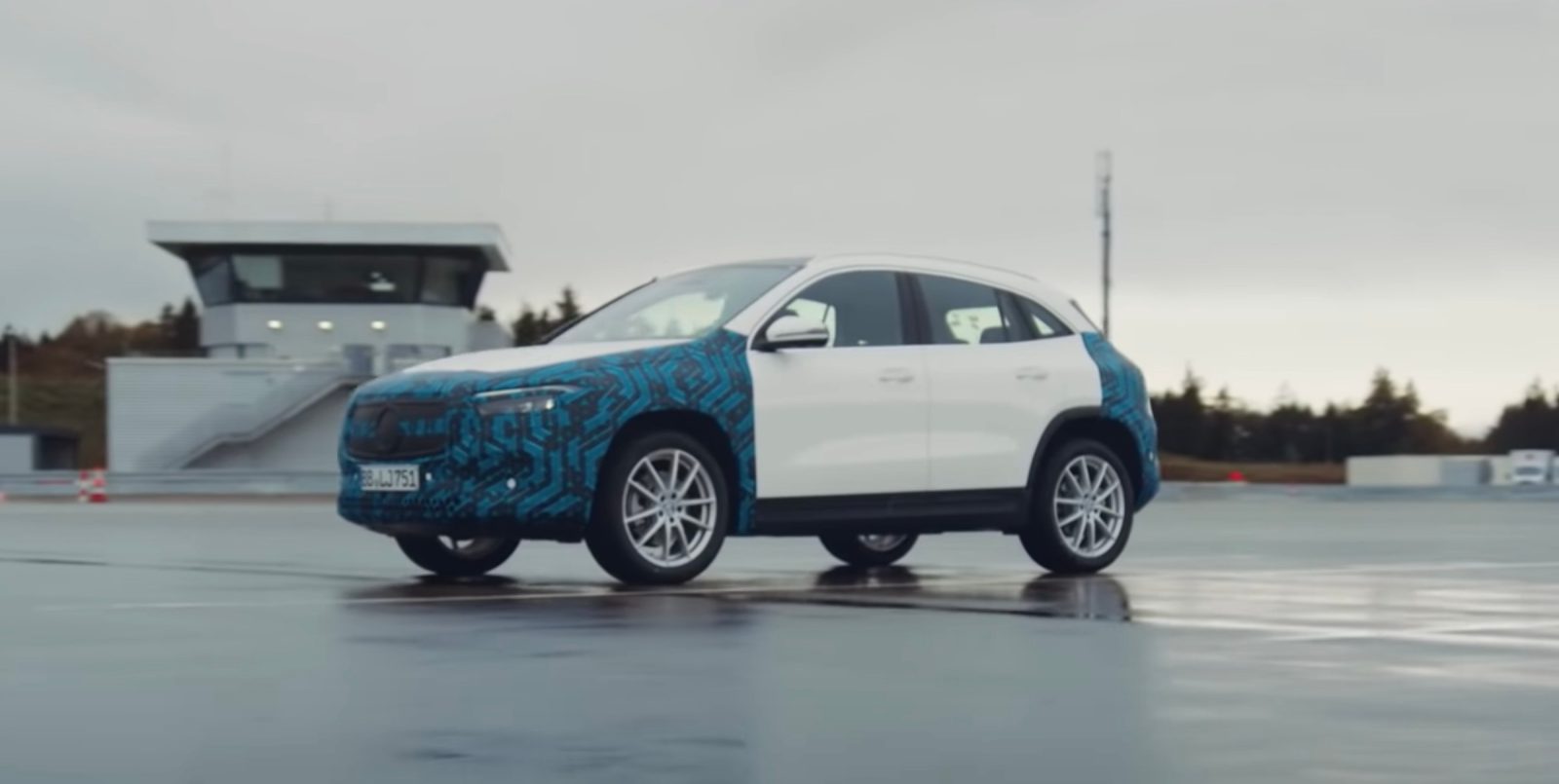 Mercedes-Benz has released new images of a less camouflaged EQA electric crossover prototype ahead of the launch of the production version.

The production version is now not expected until 2021.

In 2017, the German automaker unveiled the EQA concept at the Frankfurt Auto Show. It was a compact hatchback.

They also said that it had DC quick charging capable of adding 100 km (62 miles) of range in 10 minutes.

Last year, Mercedes-Benz changed its strategy for the EQA and made the vehicle a crossover.

We have been seeing some prototypes of the electric crossover over the last few months, but they were often heavily camouflaged.

Now Mercedes-Benz has released a new video from their testing program with a good look at a less camouflaged EQA prototype:

We also see an EQS electric sedan prototype, but this one remains more heavily camouflaged.

As you can see, the vehicle is being put through its paces at the impressive testing facility ahead of bringing it to production.

Originally, the Mercedes-Benz EQA was expected to be launched in late 2020, but new reports coming out of Germany indicate that the launch of the production version and start of deliveries have been pushed to 2021.

In 2018, Daimler invested around $600 million to produce the new EQA compact electric car at their factory in France, where they will be using their experience building electric smart cars.

The German automaker is betting big on the EQA, which is expected to be the cheapest all-electric vehicle from Mercedes-Benz to date and will compete with Tesla’s popular Model 3 and Model Y.