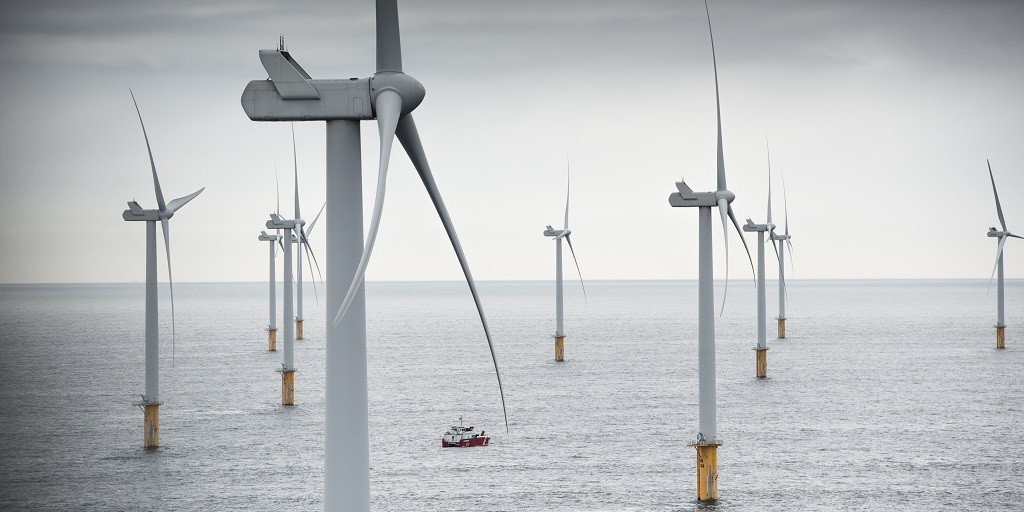 Danish wind turbine manufacturer, seller, installer, and servicer MHI Vestas Offshore Wind A/S is getting serious about the size of its offshore wind turbines. It’s working on its next-generation wind turbine and will release it to the public within a year, and maybe even before the end of 2020.

The only thing I can tell you today is it triggers the interest of our customers. It’s difficult to imagine it will be much smaller than our competitors.

Electrek’s Take: So, why is this news? Danish offshore wind company builds huge turbines, but we don’t know how big yet? Because we know they’re going to be very large indeed, and it’s yet another clear indicator that there’s a quickly growing market for giant offshore wind projects, and that includes floating wind farms. In other words, green energy is growing fast. But you know that, if you read this roundup regularly.

Lots of politicians promote green energy, but which ones actually host it? The website Solar Power Challenge, which was created as a personal project this month by Nick Thorsch, a digital media specialist who works for Powur, looked at governors’ residences in all 50 states using Google Maps. And governors’ mansions in only 10 states have solar.

You can check out the website’s politician’s homes solar survey map, which shows aerial views of each governor’s mansion roof. Thorsch’s next step will be checking governors’ personal homes, members of Congress, and presidential candidates.

In past elections, personality has trumped policy. Meanwhile, natural disasters have gotten worse. With the upcoming election on November 3, it’s even more important to enact policies that support the future of our planet, people, and profit. We can encourage politicians on both sides to come together and get solar on their mansions and homes, so they can experience the benefits of cleaner and cheaper solar powered energy. Challenge our politicians on social media to get solar on their homes and to extend the federal solar tax credit. The 26% federal tax credit goes down to 22%, next year, then 0% after that. If you’re a homeowner who doesn’t have solar yet, in case the tax credit isn’t extended, secure your 26% federal tax credit savings by ordering solar now.

EVs in the US Southeast

The Southern Alliance for Clean Energy has released a new brief, “Transportation Electrification in the Southeast,” which demonstrates that while the US Southeast is benefiting from EV manufacturing job creation and economic investment, the region is not actually maximizing the full breadth of opportunities that come from the widespread adoption of electric vehicles.

In other words, residents of the Southeast aren’t using what they’re making, and they need to shift this behavior. SACE lists ways Southeast policymakers can support EV growth here. There is also a link there to download the full report.