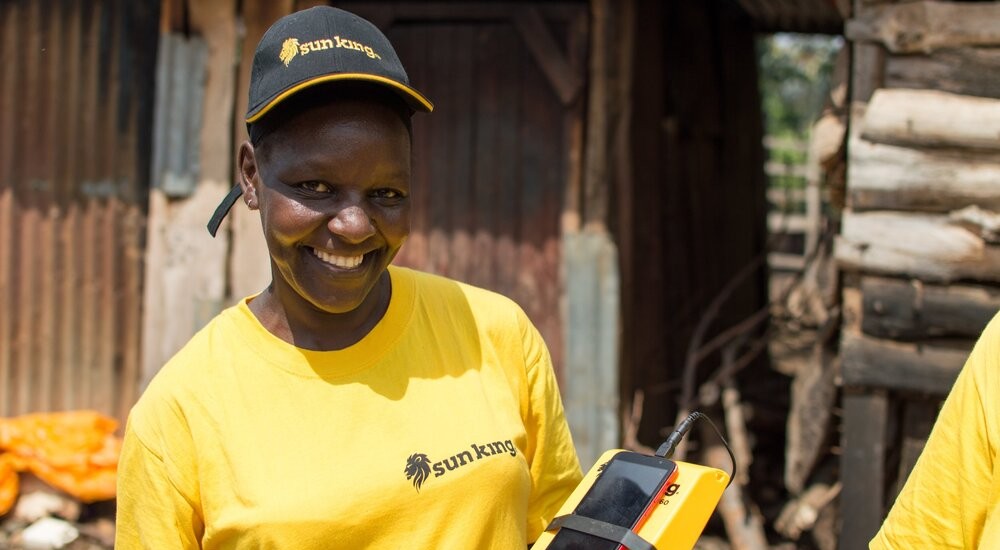 Greenlight Planet, which, under its Sun King brand, operates the largest direct-to-consumer pay-as-you-go (PAYG) solar distribution and service network in the world, has secured $90 million from impact investors and European development finance institutions to expand its PAYG solar consumer financing business and consolidate its debt portfolio.

It’s delivered more than 1.3 million PAYG solar products to date in Kenya, Tanzania, Uganda, and Nigeria, expanding at a rate of more than 65,000 new rooftop solar installations per month. Since 2009, it’s sold more than 13 million of its Sun King solar home energy products to off-grid customers.

$69 million has been disbursed to the company, with the balance to be drawn down as the company delivers additional solar-powered home energy systems, with end-consumer financing, to homes in Africa.

Sun King solar products include home lighting, mobile phone chargers, radios, televisions, and fans, as well as the solar panels and batteries to power these appliances.

Around a billion people still lack access to electricity, and the vast majority of those people are more than willing to pay for modern solutions. Our home solar products can pretty much meet any budget now, especially with our pay-as-you-go financing available. There are no fundamental barriers left to solving this problem. Now that we have proven that we can do this profitably and at scale, we have access to the capital needed to solve the problem globally.

World leaders — 64 leaders from five continents — have vowed to reverse biodiversity loss by 2030 in a 10-point pledge. The Guardian reports:

The commitments include a renewed effort to reduce deforestation, halt unsustainable fishing practices, eliminate environmentally harmful subsidies and begin the transition to sustainable food production systems and a circular economy over the next decade. The leaders describe the pledge as a ‘turning point’ by which future generations will judge their willingness to act on environmental destruction.

All signatories to the Leaders’ Pledge for Nature, launched virtually in New York, have committed to putting wildlife and the climate at the heart of post-pandemic economic recovery plans, promising to address the climate crisis, deforestation, ecosystem degradation, and pollution.

The announcement comes ahead of a major UN biodiversity summit, which will be virtual from New York, on Wednesday.

World leaders have often come together to strike deals over climate change, but a top-level commitment on nature is much more rare.

Environmentalists are delighted — they say nature is in freefall and urgently needs protection as roads, railways, housing, and farmland cover the Earth.

The presidents of the US, Brazil, China, and Australia have not signed the pledge.

Maryland will become the first US state to ban the use of foam containers for take-out as of October 1. The change is biggest for restaurants and schools. The original ban date was July 1 but it was pushed back to the fall due to the pandemic. If restaurants violate the ban, they will face a $250 fine.

Foam products cannot be recycled. Sciencing explains why the petroleum-based material is so bad for the environment:

Styrofoam, a brand name for polystyrene foam, takes a hefty toll on the environment.

Styrofoam is commonly used in disposable products that are only used once. These products can persist in the environment for more than a million years, however, since polystyrene is not biodegradable. Though it is slow to break down chemically, Styrofoam does however fragment into small pieces, choking animals that ingest it, clogging their digestive systems. Styrofoam and other plastics currently make up about 30 percent of the landfill volume in the United States.

The ban includes items such as plates, cups, containers, and trays, and while some Maryland counties already have foam bans in place, this now makes it statewide. Cardboard and paper products are viable alternatives and break down within weeks to months.