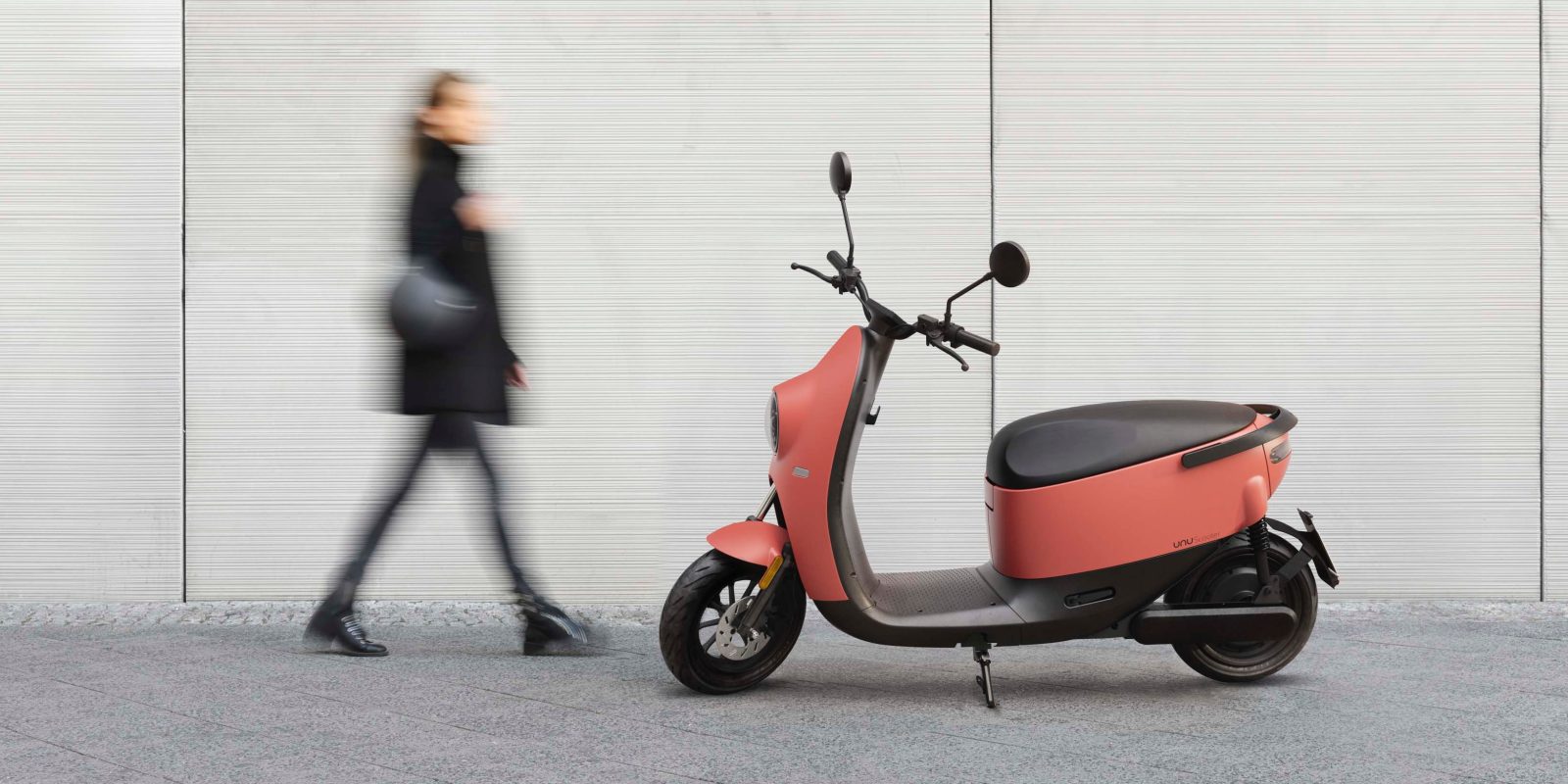 It’s been a long time coming, but those who pre-ordered Unu’s cute little Vespa-style electric scooters are finally going to get their hands on the first batch… next month.

The second-generation Unu electric scooter was originally unveiled in May 2019.

Initial delays were then compounded by COVID-19 delays, snowballing into a longer-than-expected wait time for the scooter.

Though with COVID-19 also causing demand for personal electric vehicles to skyrocket, Unu seems prepared to meet the growing demand. The company says 13,000 people across Europe are already on their waiting list to test out the new scooter.

The second-generation Unu scooter is also now available to the general public to order online, where it is priced starting at €2,799 or leased for €69 per month, though the leasing option is only available in Germany.

The scooter has a number of high-tech features that are expected to roll out in the coming months and early next year, include updated navigation, anti-theft protection, and digital key sharing. The upgrades will be available to add to existing scooters via over-the-air updates.

Unu’s original electric scooter proved popular in Europe as a low-cost seated electric scooter for urban commuters. With the company’s second-generation model, Unu completely redesigned the scooter along with help from partners including Bosch and LG.

The new scooter sports a Bosch rear hub motor placed in a single-sided swingarm and is powered by removable LG batteries. The 1.7 kWh and 10 kg (22 lb) batteries are rated for 50 km (31 mi) of range each. There is space for two batteries under the seat, which combine to give a maximum range of 100 km (62 miles).

The seat is sized for two riders and the scooter includes fold-out pillion pegs for the second rider. Unu also claims to have one of the largest under-seat storage compartments of any electric scooter, with room for two three-quarter helmets in the 33.4 L (1.18 cubic feet) of space.

Compared to many other European electric scooters, Unu’s models are quite affordably priced. For comparison, a Vespa Elettrica costs nearly three times the price.

But while Unu may be high on value, the scooters are also low on speed. They max out at 45 km/h (28 mph), which is the maximum speed allowable in the L1e class of electric mopeds. That means riders don’t need a special motorcycle license, which makes the vehicles much more approachable.

So while you won’t be seeing Unu scooters flying by on the Autobahn, they might just make the perfect urban runabout scooter.