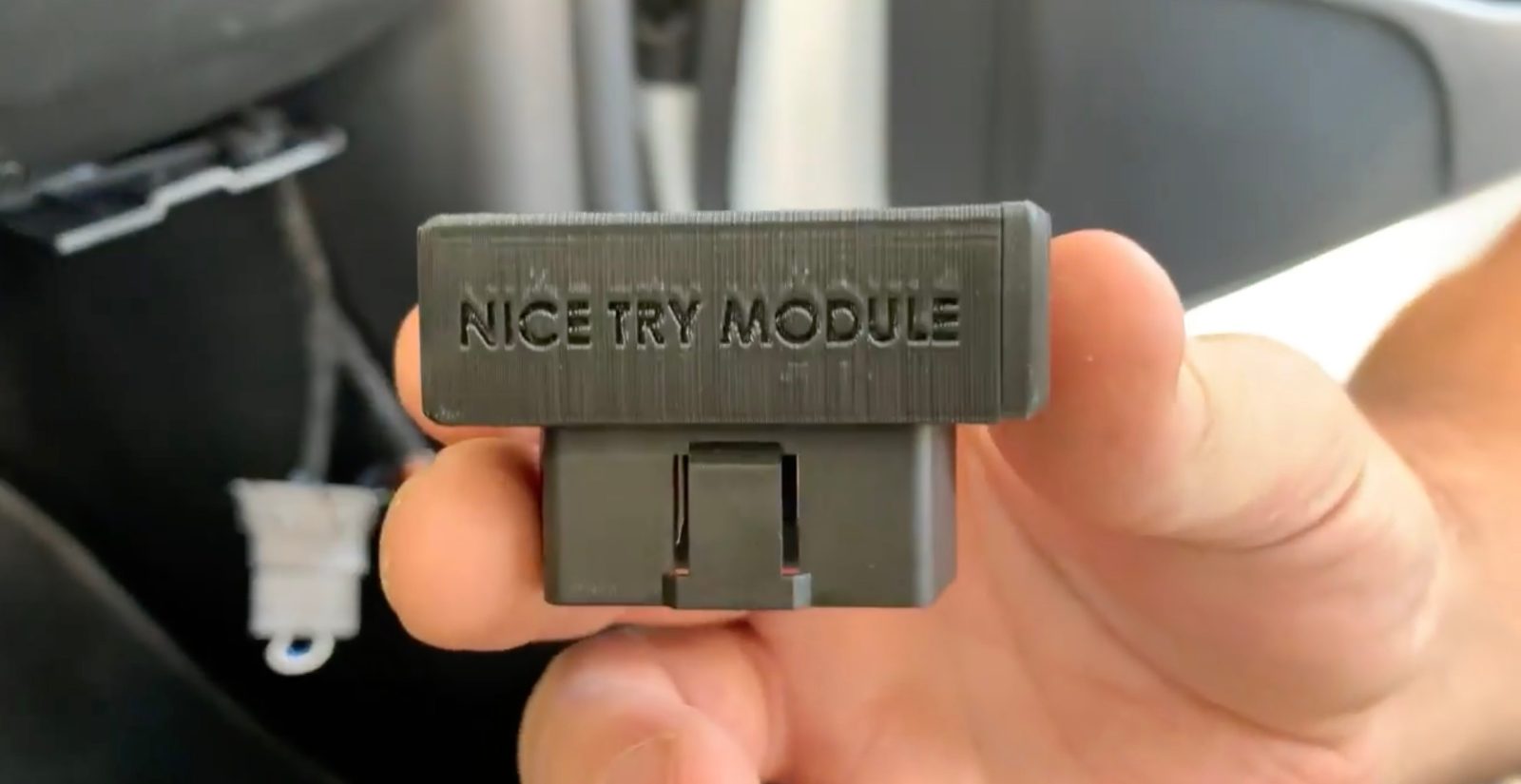 Tesla and hackers are starting to play cat and mouse in patching a performance boost unlock after the automaker started cracking down on the effort.

Over the last few months, we have been reporting on how a company called Ingenext released the first hack that enabled Tesla owners to unlock a software-locked acceleration boost for half the price that Tesla is charging.

As expected, Tesla started to fight back against the hack last week with a new patch in a software update.

It has launched a sort of “cat and mouse” game as now Ingenext managed to get around Tesla’s patch.

The company built a new module to add to their gateway in order to avoid Tesla’s patch:

Guillaume André, the founder of Ingenext, told Electrek that Tesla did a very good patch that can detect its Boost 50 gateway installed.

While they were planning for Tesla to try to patch their product, they thought they would be able to get around it through a software update to their gateway, but they needed new hardware to get around this one.

So they basically packaged the patch in a new ‘nice try’ module that they are shipping for free to Boost 50 owners.

They are also launching a new “Bonus Module” at the same time:

Here are the new features that Indenext unlocks with the new module:

André is confident that going forward they will be able to counter patches through software updates.

While he is confident, it is a big task to go against Tesla here.

I am not opposed to it. If you own your car, I think you should be allowed to do whatever you want it — including adding a third-party module to boost performance.

With that said, you need to balance the risk with messing with future software updates from Tesla.

It’s at your own risk.