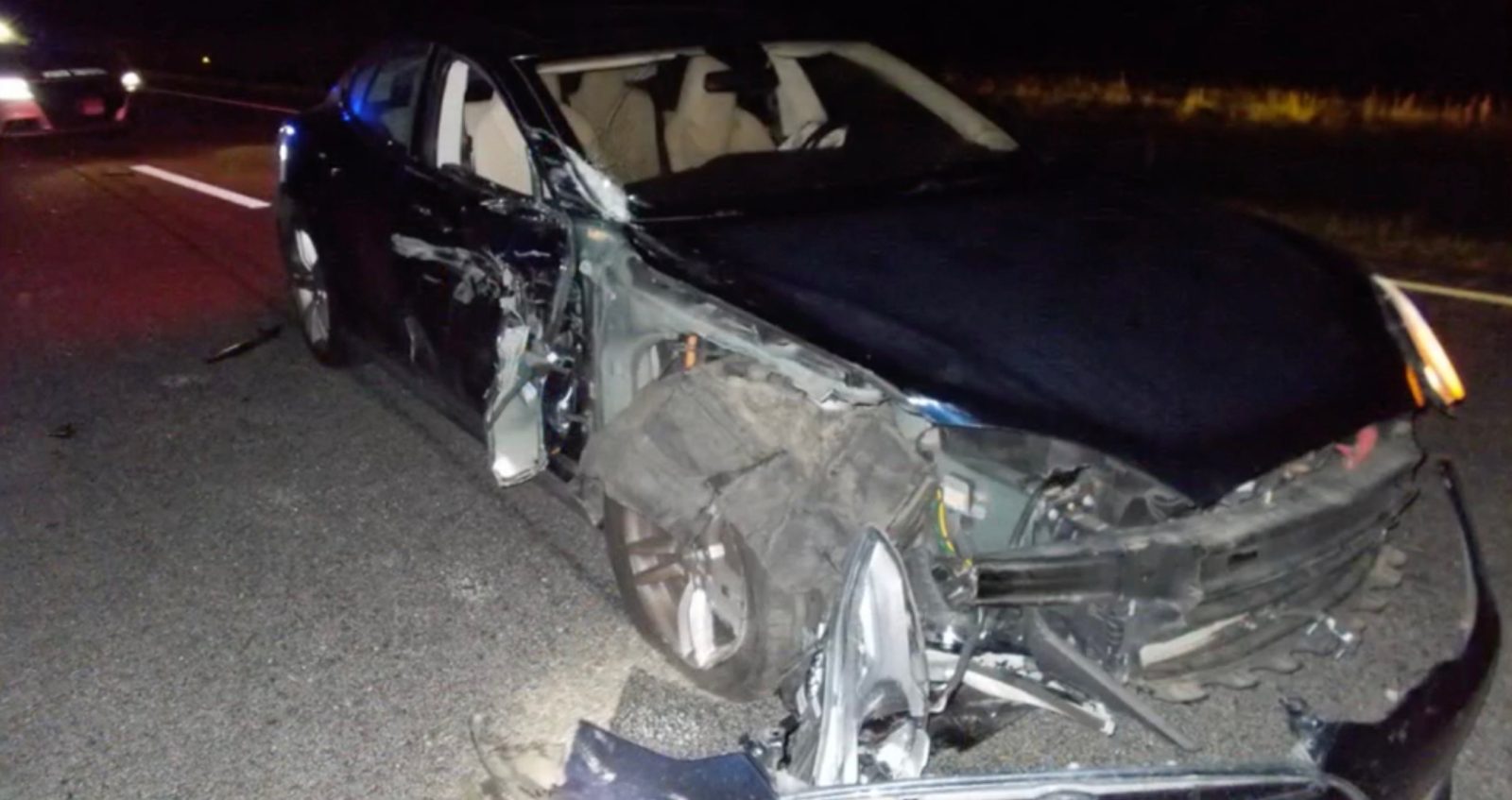 A Tesla driver in North Carolina admitted to watching a movie on his phone while using Autopilot during a crash with a police vehicle.

The impact was forceful enough to push the police cruiser into the Highway Patrol trooper’s own car. This in turn pushed the two law enforcement officers to the ground.

Fortunately, no one was injured.

Here are a few pictures shared by the NC Highway Patrol:

The Tesla driver reportedly admitted that he was watching a movie on his phone while his car was on Autopilot (via CBS):

“The Highway Patrol said the Tesla’s driver, identified as Devainder Goli of Raleigh, said he was watching a movie on his phone while the car was on auto-pilot when the collision occurred.”

The driver has reportedly been charged with “move over law violation,” which requires drivers to move over a lane when a vehicle is stopped to the side, and a “location of television in vehicle” violation.

The Model S was a pre-refresh Model S, which means that it was likely using the first version of Tesla’s Autopilot, which hasn’t been updated in a while

It’s a miracle that no one was injured in this accident.

The accident is reminiscent of the very first fatal accident while Autopilot was on. A laptop and DVD player were found in the Model S, and there was evidence that the driver was watching a movie during the crash.

There’s no doubt that it is completely irresponsible for the driver to not pay attention.

Tesla’s Autopilot under its current form is a driver- assist system. You should always be paying attention and be ready to take control at all times.

On top of it, the guy was watching a movie on his phone with version 1 of Tesla Autopilot. To be clear, I wouldn’t do that with the latest software. With the original version, I feel like it’s even riskier.

Anyway, it’s a good reminder to pay attention when using Tesla’s Autopilot, even though it’s improving at a fast rate.