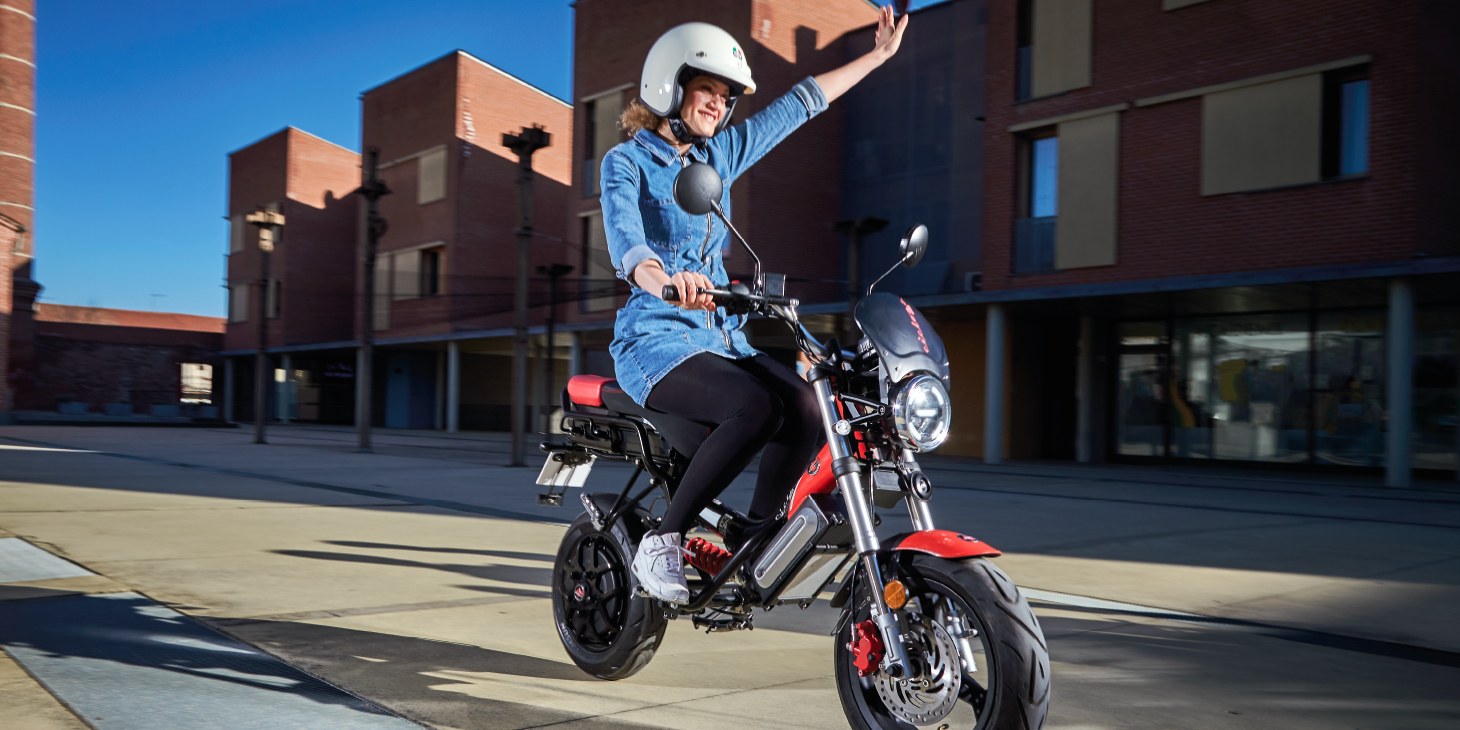 Garelli has just announced a new upgrade to the company’s electric moped line in the form of the Garelli Ciclone E4.

Originally founded in 1919, Italian motorbike company Garelli was well-known for its scooters and light motorcycles.

The company was forced to close up shop in 1987, but the brand was then bought and revived in 2019 as an electric motorbike company — 100 years after its original founding.

The Garelli Ciclone line available from the brand’s relaunch previously consisted of rather low-powered 2 kW electric mopeds, but the new Ciclone E4 doubles that power to 4 kW. The rear hub motor provides a maximum torque of 160 Nm.

The speed of the Garelli Ciclone E4 can also be restricted to help it fit into lower moped classes that don’t require a motorcycle license.

With a reduced speed, the E4 can reach a maximum range of 110 km (68 miles) thanks to a 2 kWh removable battery back. Riding in the fastest speed mode will drop the range to just 70 km (43 miles).

The Garelli Ciclone E4’s step-through frame is reminiscent of early mopeds of yesteryear, while its inverted suspension fork and rear monoshock invoke a more motorcycle vibe that speaks to the company’s early roots in motorcycle racing. A pillion seat and matching footpegs offer the ability to carry a passenger, and the bike can be fitted with street or trail tires so riders can take the fun both on or off-road

Retro-inspired electric mopeds have been increasing in popularity lately.

The ONYX RCR has been selling in large numbers for nearly two years now, and electric bicycle companies have been getting into the mix with their own electric moped-inspired e-bikes such as the Juiced Scorpion, Ariel Rider D-Class and the Rad Power Bikes RadRunner.

New startups are also tossing their hats in the ring. Companies like BlackTea have unveiled their own retro-inspired light electric motorcycles with attractive pricing, hoping to win over riders of gas-powered mopeds, scooters, and light motorcycles and instead switch them over to an electric-powered yet retro-inspired motorbike.