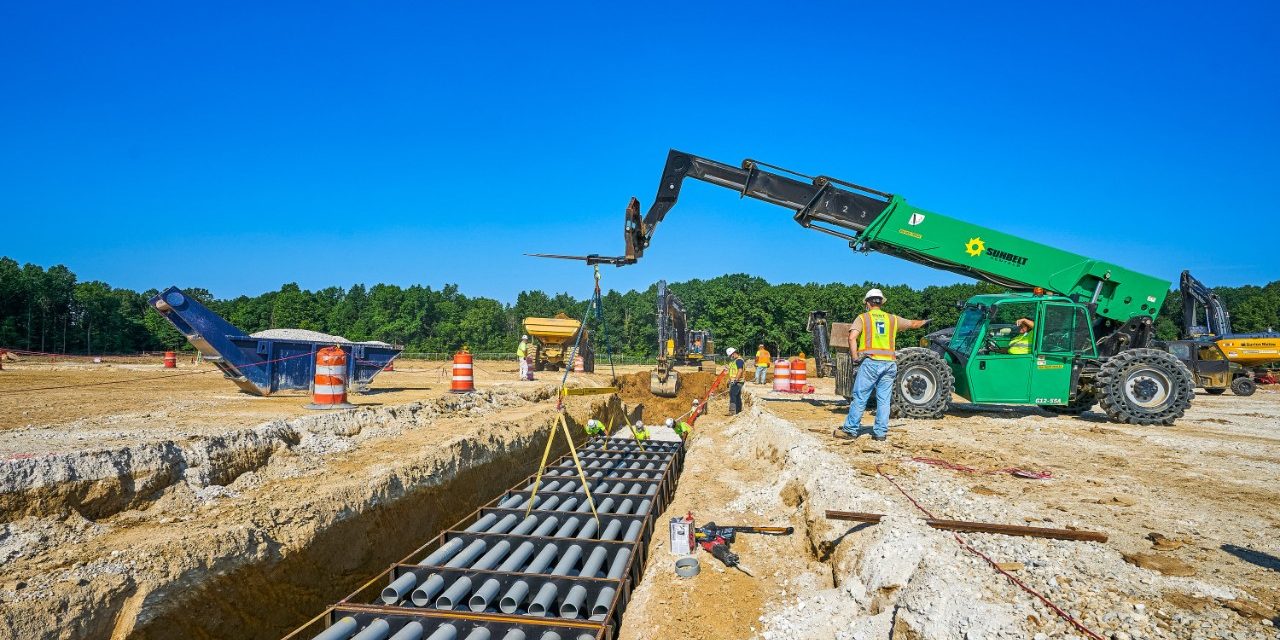 GM shared an update on the progress at its new, important battery cell factory that will support its upcoming new electric vehicles with images.

In December 2019, GM announced its own battery factory in partnership with LG Chem in Lordstown, Ohio.

The project, called Ultium Cells LLC, will produce “more than 30 gigawatt hours with flexibility for expansion” — making it a “gigafactory,” which is a term popularized by Tesla and first used for Tesla’s Gigafactory Nevada.

GM broke ground at the location in May, and now they are announcing that they are starting to build the steel structure at the new factory:

We are excited about the progress that our team has made, and we look forward to the finished product — a nearly 3 million-square-foot plant. Our joint venture with LG Chem will allow us to produce advanced battery cells in Lordstown, with the goal of reducing battery costs to accelerate EV adoption and ultimately benefit customers.

GM shared a few pictures of the construction work at the battery factory:

The pandemic has affected many timelines across many industries, including new electric vehicle programs.

With the construction update and amid the situation with the pandemic, GM confirmed that “production timing remains on track for the LYRIQ and GMC HUMMER EV, both of which will be powered by the Ultium battery system.”

The Ultium battery system a series of new electric vehicles from GM.

The Cadillac Lyriq is going going to be first of those vehicles to be unveiled next week.