Tesla brings back pop-up store concept inside a trailer

Tesla brought back its deployable mobile pop-up store concept as it is expanding into central Europe, a new market for the automaker.

Before Tesla started to expand its retail presence with brick and mortar stores, the automaker came up with a strategy to deploy mobile “pop-up” stores.

Electrek reported on the concept in 2015 when Tesla had a very small retail footprint:

There are at least 3 mobile stores roaming around Europe and one in the US. The stores deploy out of containers developed in house at Tesla. A store is made of 2 containers which, once folded, fits on a flatbed, and once deployed, it doubles in size.

Now Tesla has over 400 stores and service centers as of the end of last quarter.

But the automaker is still expanding to new markets, and now for the expansion in central Europe, Tesla is bringing back its mobile pop-up store.

At the time, they opened up online orders, but they still need to build a retail presence.

Tesla already had a service center in Warsaw at the time, but it didn’t have a store for potential customers to experience the cars.

Now we learn that Tesla has deployed a new pop-up store in Warsaw to address the issue. The location officially opened to the public yesterday.

Here a YouTuber checked out the new Tesla pop-up store in Warsaw:

As you can see, Tesla has a Model 3 in display at the location, and they are also displaying a Powerwall.

The actual mobile store appears to be an updated version of the original concept Tesla was touring around Europe and the US a few years ago.

Inside the trailer, Tesla has the same design studio concept that you can find in a regular Tesla store: 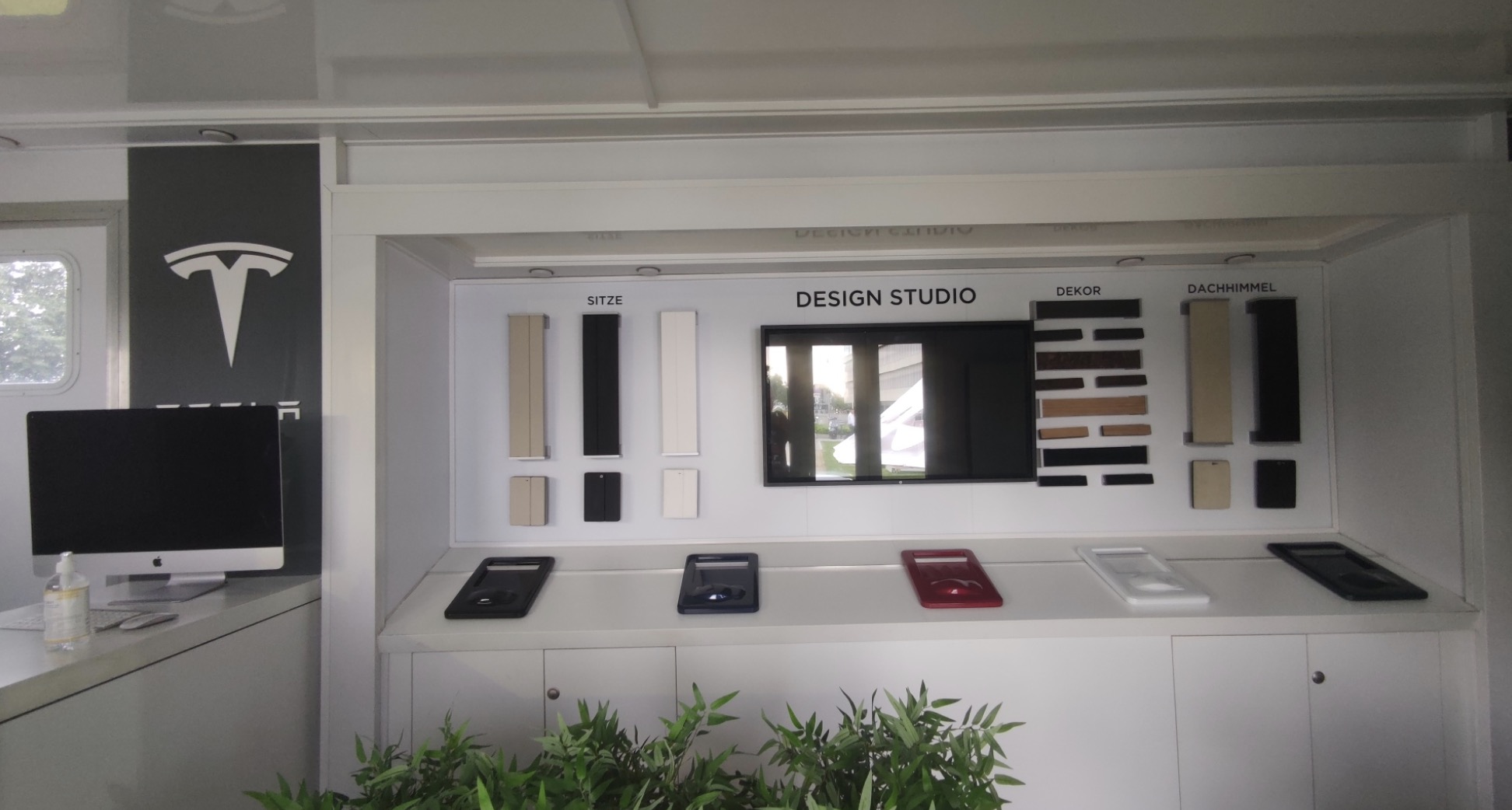 Customers can place orders at the store with Tesla’s staff or online through the automaker’s system.