Tesla (TSLA) is set to announce its second-quarter 2020 financial results tomorrow, Wednesday, July 22 after the markets close. As usual, a conference call and Q&A with Tesla’s management is scheduled after the results.

Below we’ll take a look at what both the street and retail investors are expecting for the quarterly results.

Tesla already released its Q2 2020 numbers confirming that it delivered 90,650 cars and produced ‘over 82,000 vehicle’ between April and June.

The automaker beat Wall Street expectations, which were low due to the COVID-19 pandemic.

Deliveries were down roughly 5% versus the same period last year, but it was surprisingly good considering the broader auto industry took a significantly larger hit.

Wall Street’s revenue consensus for Tesla during the first quarter is $5.146 billion, and Estimize, the financial estimate crowdsourcing website, predicts a higher revenue of $5.443 billion.

This is less than the $5.985 billion Tesla reported in revenue during the previous quarter due to the lower deliveries amid the COVID-19 pandemic. 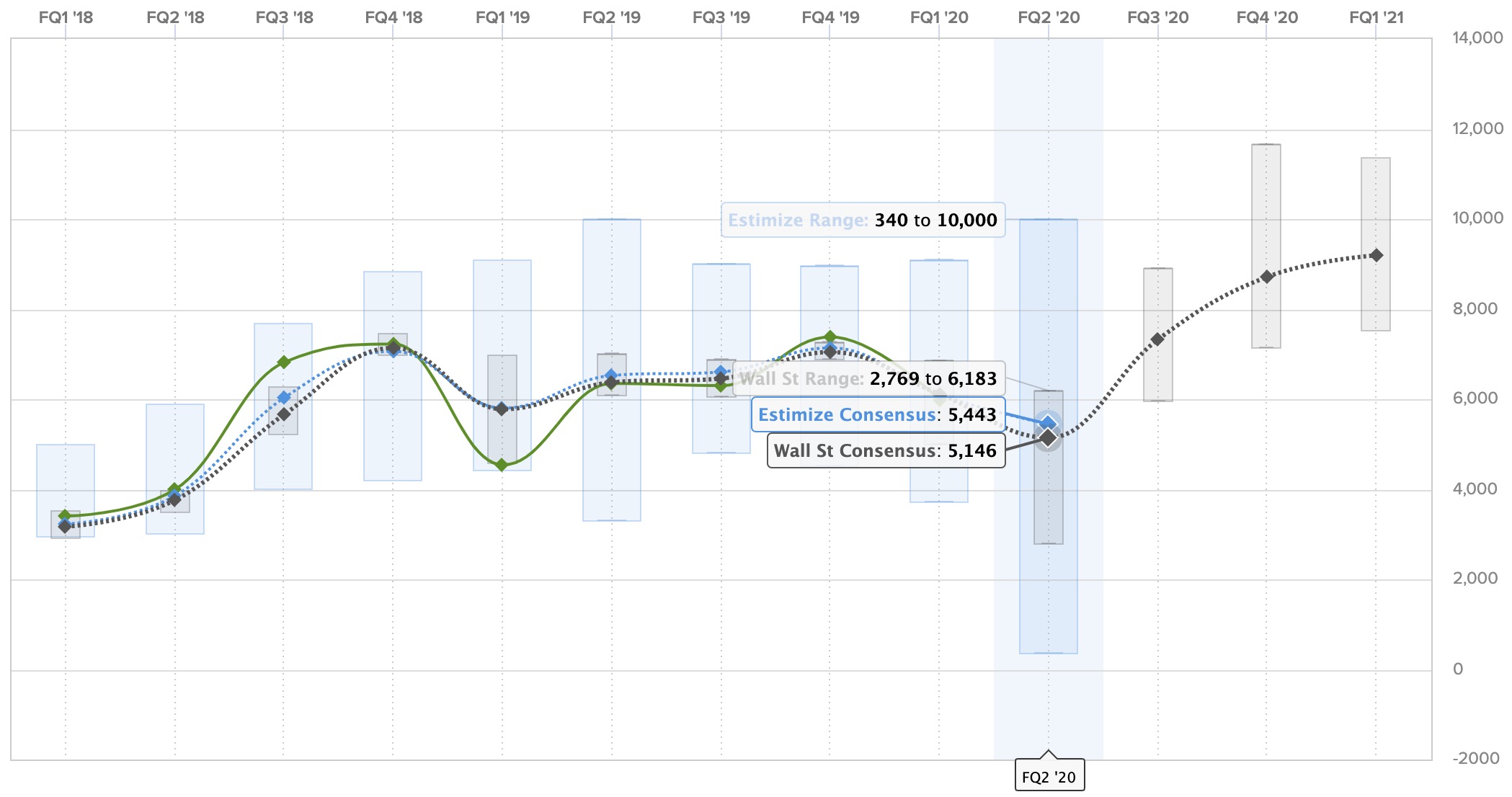 Now for earnings per share, or rather loss per share, the Wall Street consensus is a loss of $0.14 per share for the quarter, while Estimize’s prediction is actually a slight profit of $0.19 per share.

It’s rare that the two groups don’t agree on whether Tesla will post a profit or a loss. 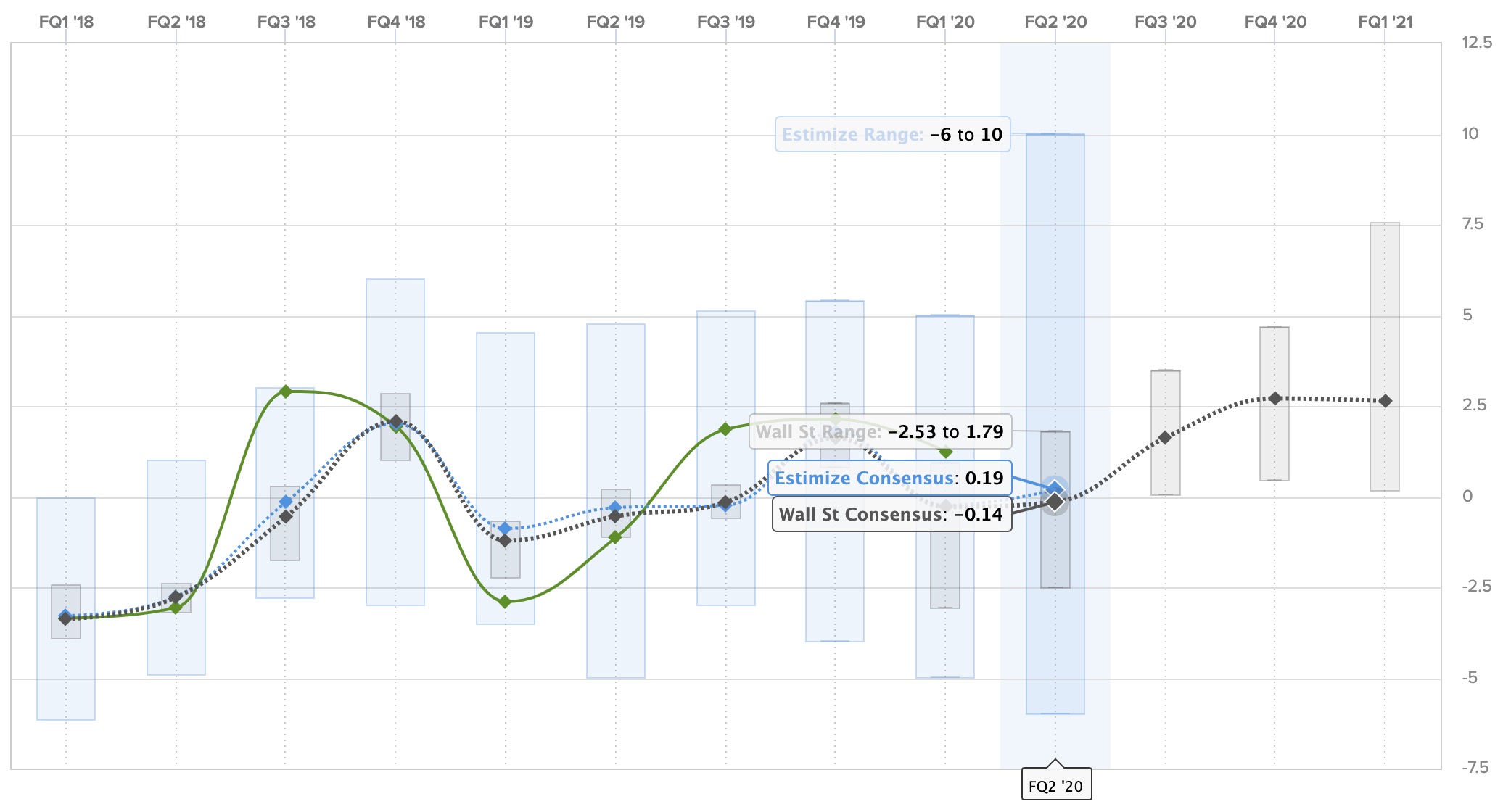 I am surprised that Wall Street is not expecting a profit no matter how small.

Like we have reported, Elon has said that Tesla was close to breaking even a few days before the end of the quarter.

Breaking even can mean a small loss or a small profit, but since Elon took quite some time off of his schedule over the next few days after the end of the quarter to dunk on the short, I would expect that it means a profit, even if it’s a small one, is secured.

But you never know.

As for other things that will be of interest to investors, I expect questions about progress on Cybertruck Gigafactory, Gigafactory Berlin, and Gigafactory Shanghai.

Investors are also going to want to know about the current order backlog and some other programs like the Tesla Semi since Elon said that it was time to move to volume production.

What I am most curious about is Tesla Energy. The company has been making a clear push toward solar in the last few months and I’d like management to go into more detail about it.

I assume that some questions will revolve around COVID-19 and its impact on Tesla’s operations. I hope that comments are going to be more reasonable than what happened on the last call.