Tesla is canceling the cheapest version of Model Y as Elon Musk says the range would have been too low, but the automaker is still planning a lower price version “in a few months.”

Over the years, Tesla has been known to often change its vehicle configuration throughout its vehicle lineup.

The automaker went from using simple kWh capacity of its battery pack to identify its configurations to using terms like Standard Range, Standard Range Plus, Long Range, and other terms to represent different versions. 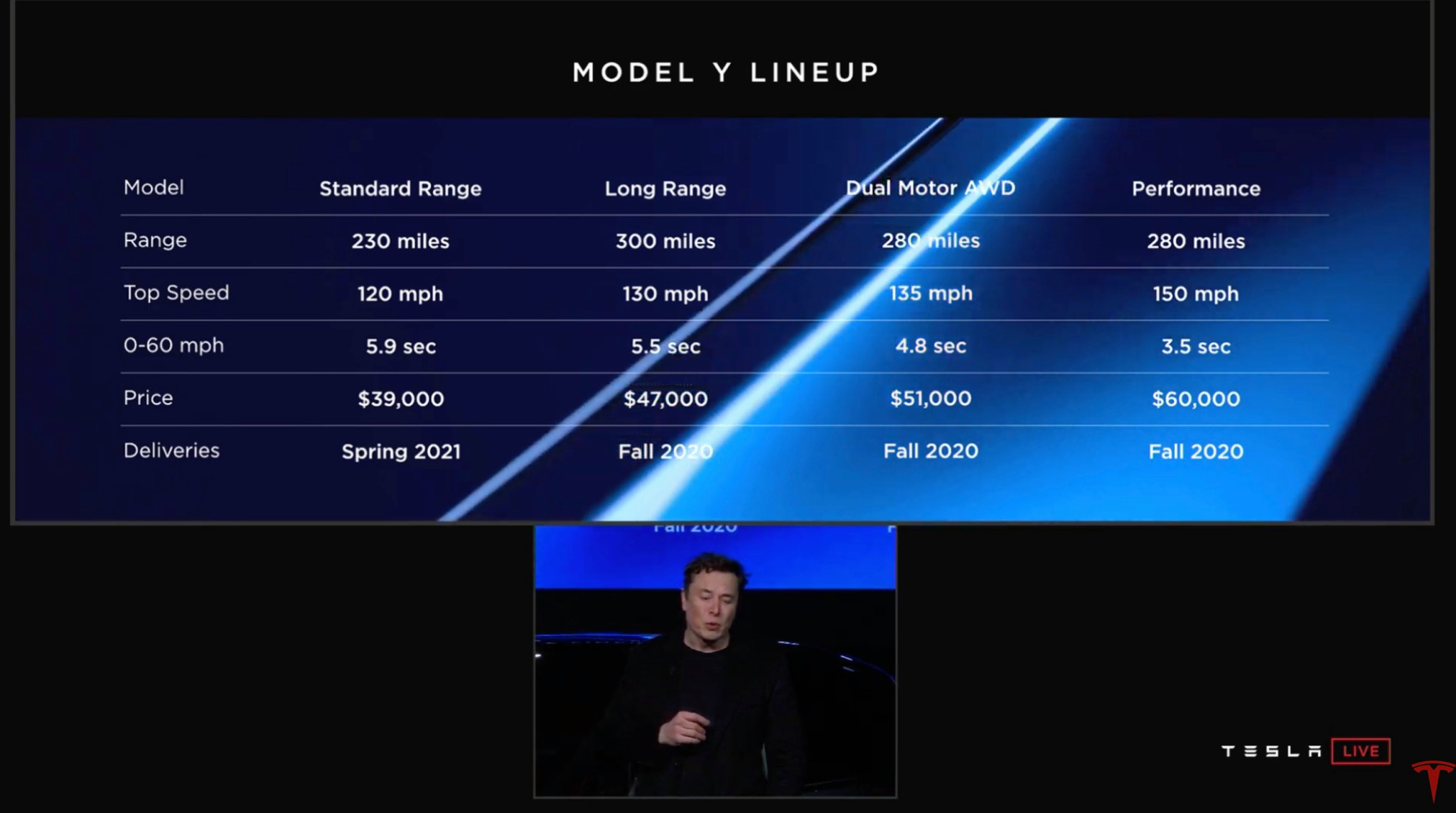 Due to its long promise to release Model 3 for $35,000, Tesla did make a Standard Range version available, but it is not listing anywhere and it is only available “off the menu.”

Instead, Tesla created a new Standard Range Plus version of the Model 3, which has a slightly longer range and starts at $38,000.

Prior to the Model Y launch, Tesla stated that the different versions of the electric SUV would be $5,000 more expensive of the same versions of Model 3.

Since starting actual orders and deliveries fo Model Y in March 2020, Tesla has only been delivering the two higher-end versions of the electric SUV: Long Range Dual Motor and Performance versions.

However, CEO Elon Musk has now announced on Twitter that Tesla will not sell those versions:

We have reduced pricing on Model Y LR dual motor & will offer a LR single motor Y in a few months, which improves affordability, while still keeping the product excellent

Instead, Musk is talking about Tesla launching a Long Range RWD version, which would become the new cheapest Model Y.

When first launching the Model 3 in 2017, Tesla was selling the vehicle with a Long Range RWD version, but it ended up discontinuing the configuration.

Recently, it was launched back in China after Tesla started production at Gigafactory Shanghai, but it is still not available anywhere else.

Now it sounds like Tesla plans to offer the same version of the vehicle for Model Y “in a few months” and he indicated that it would cost about $45,000.

Musk also stated that the range should be “significantly higher than 300 miles.”

Some good news and some bad news here, I guess.

In short, the Model Y will not be as cheap as we initially hoped, but it will have new longest-range version that will be a little cheaper.

How do you feel about this change? Let us know in the comment section below.

Personally, I don’t like this fixation on the range. 230 miles on a single charge is plenty for most people, especially if you can bring the price under $40,000.