Tesla has been spotted testing what could be a new array of sensors for Autopilot on a Model S test mule vehicle.

Eight surround cameras provide 360 degrees of visibility around the car at up to 250 meters of range. Twelve updated ultrasonic sensors complement this vision, allowing for detection of both hard and soft objects at nearly twice the distance of the prior system. A forward-facing radar with enhanced processing provides additional data about the world on a redundant wavelength that is able to see through heavy rain, fog, dust, and even the car ahead.

The automaker believes that those sensors are all they are going to need to deliver a full self-driving system via software updates.

While the automaker has updated the Autopilot computer onboard and has consistently been sending out software updates to better take advantage of the hardware, we haven’t seen Tesla update the sensor suite over the last four years.

Now Tesla has been spotted testing a Model S with a rig equipped with Autopilot sensors.

Matt Crowley spotted a Model S with a rig on top of the car near Tesla’s headquarters in Palo Alto. He shared a few images with Electrek:

We were able to confirm Tesla is the one testing this vehicle since it is equipped with manufacturer plates.

A closer look shows that Tesla has several sensors installed on the rig:

We can see the side Autopilot camera that Tesla uses on the fender of its current vehicles suspended on the side of the rig.

There also appear to be some lidar sensors on the rig. However, Tesla has previously stated that it uses lidar sensors to validate other sensors in testing and doesn’t plan to bring lidar to production vehicles.

I am not exactly sure what this test mule is for, and I’d like to know what you think it could be in the comment section below.

But here’s a guess: a sensor suite for the Tesla Cybertruck?

Tesla could be using the rig on the Model S to place the cameras and sensors in positions where it would be on a bigger vehicle, like the electric pickup truck.

Also, we can see cameras on each side of the license plate on the rig, and the Cybertruck prototype was also equipped with two cameras in the back: 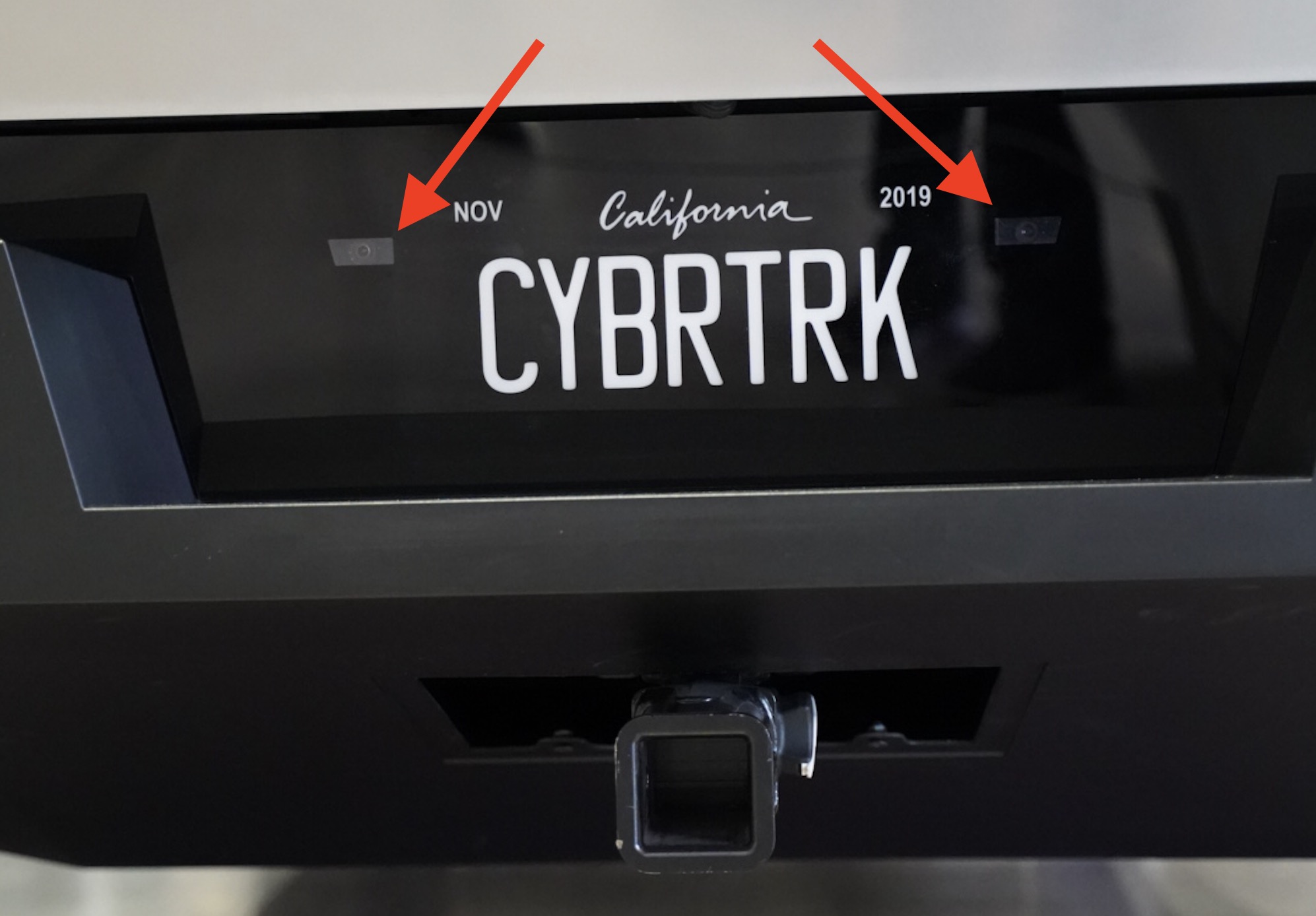 Obviously, they are farther apart on Model S test mule, but that’s the best I can come up with right now.

What else do you think it could be? Let us know in the comment section below.