VW has delivered the first 150 ID.3 electric cars to employees in order to perform some stress testing ahead of customer deliveries.

The German automaker announced the start of the test program:

They will be testing the all-electric Volkswagen ID.3 for everyday usability over a period of several weeks — before delivery officially starts in early September. A total of 150 ID.3 built in Zwickau have been reserved for employees at the three plants in Saxony for everyday testing under real conditions to analyze anonymized data on the usage and driving behavior of the ID.3. Over the coming months, this will provide Volkswagen with a steady stream of additional information from hundreds of thousands of kilometers traveled.

As we previously reported, despite deliveries only starting in September, VW already built thousands of ID.3 electric cars since starting production last year.

Thousands of ID.3 electric cars have previously been spotted being stockpiled in parking lots.

Originally, VW claimed that the reason why it started production almost a year before deliveries were planned was to deliver in all European market at the same time with almost 30,000 units.

However, we later learned that Volkswagen has been having a lot of issues with the ID.3’s software.

This new test program might help iron out some of the software problems. 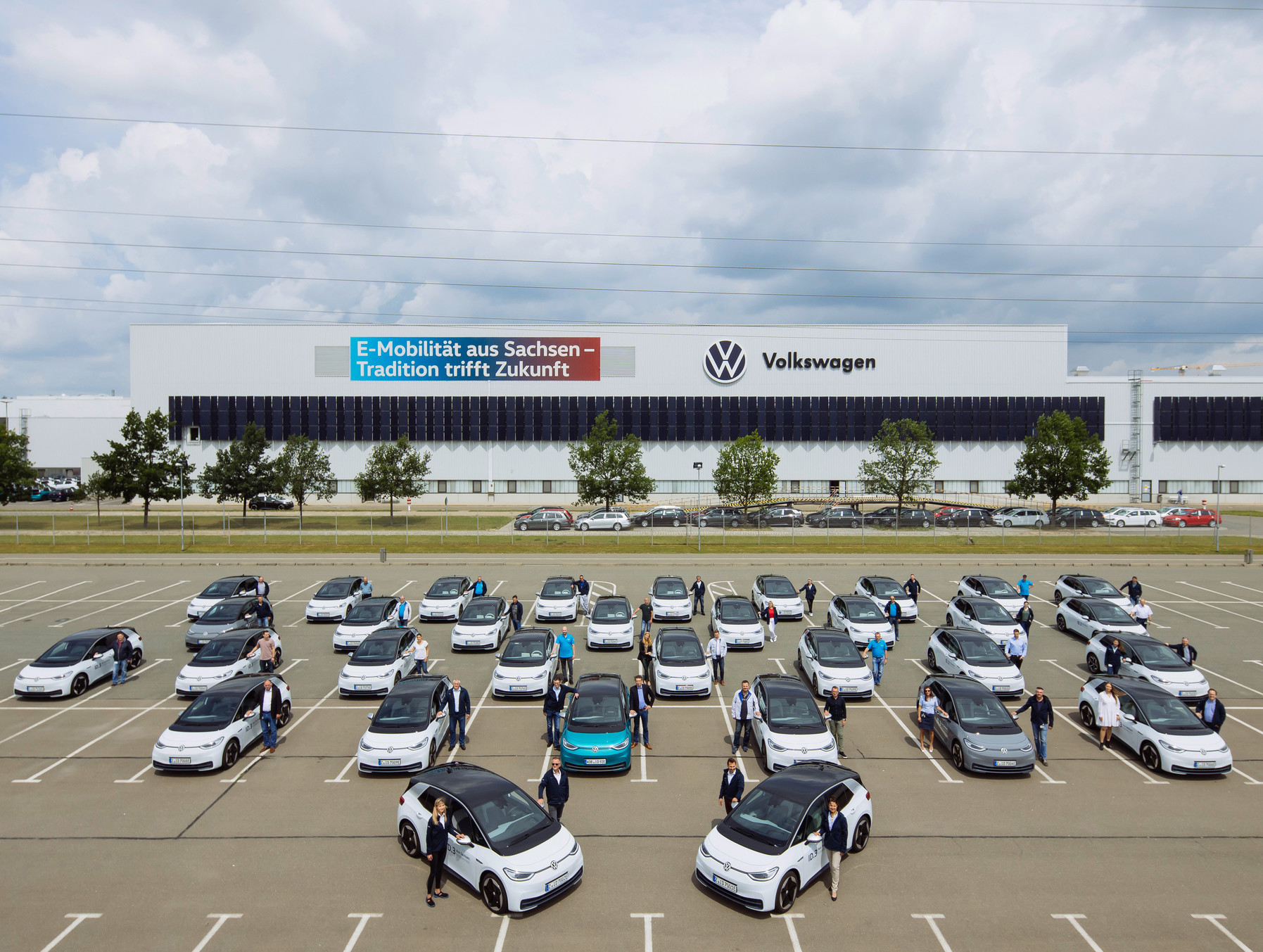 Thomas Ulbrich, Volkswagen brand board member for E-mobility, commented on the program:

The comprehensive driving profiles in the run-up to the European market launch of the ID.3 are extremely valuable to us and open up further potential for optimization. Added to this is the very personal feedback from our employees. That means our team in Zwickau is not only building the ID.3 to the highest quality standards, it is also actively assisting in the further development of the technology and electric cars.

Axel Blechschmidt, who works in the Chemnitz engine plant, is one of the employees who got a car to test:

I’m looking forward to the fleet for company employees because it gives me the opportunity to be one of the first to test the ID.3. I think it’s important to give my feedback to support the further development of this electric car.

The ID.3 will be offered with three different battery packs, with the base version starting under €30,000 ($33,000). The ID.3’s First Edition version is going to be the first to hit the market in September, and it is more expensive.
Add Electrek to your Google News feed.