Tesla has updated its solar panel offering with new pricing and it now claims to be “one-third less expensive than the average solar industry” prices.

As we reported earlier this week, Tesla has slashed prices on its solar panel installation and introduced a new more powerful module.

When we reported on the change, the company was still updating its online configurator, but now on Saturday, Tesla officially announced the changes:

Today we are introducing the lowest-ever cost to go solar in the United States. Our average system size is now one-third less expensive than the industry average and we have recently introduced a lowest-price guarantee. If you change your mind after purchasing or are unhappy with the system, we will uninstall it and issue a full refund within seven days from system turn on.

The lowest-price guarantee policy was the price matching that was actually introduced last month.

Tesla shared a new version of the chart we posted on Thursday: 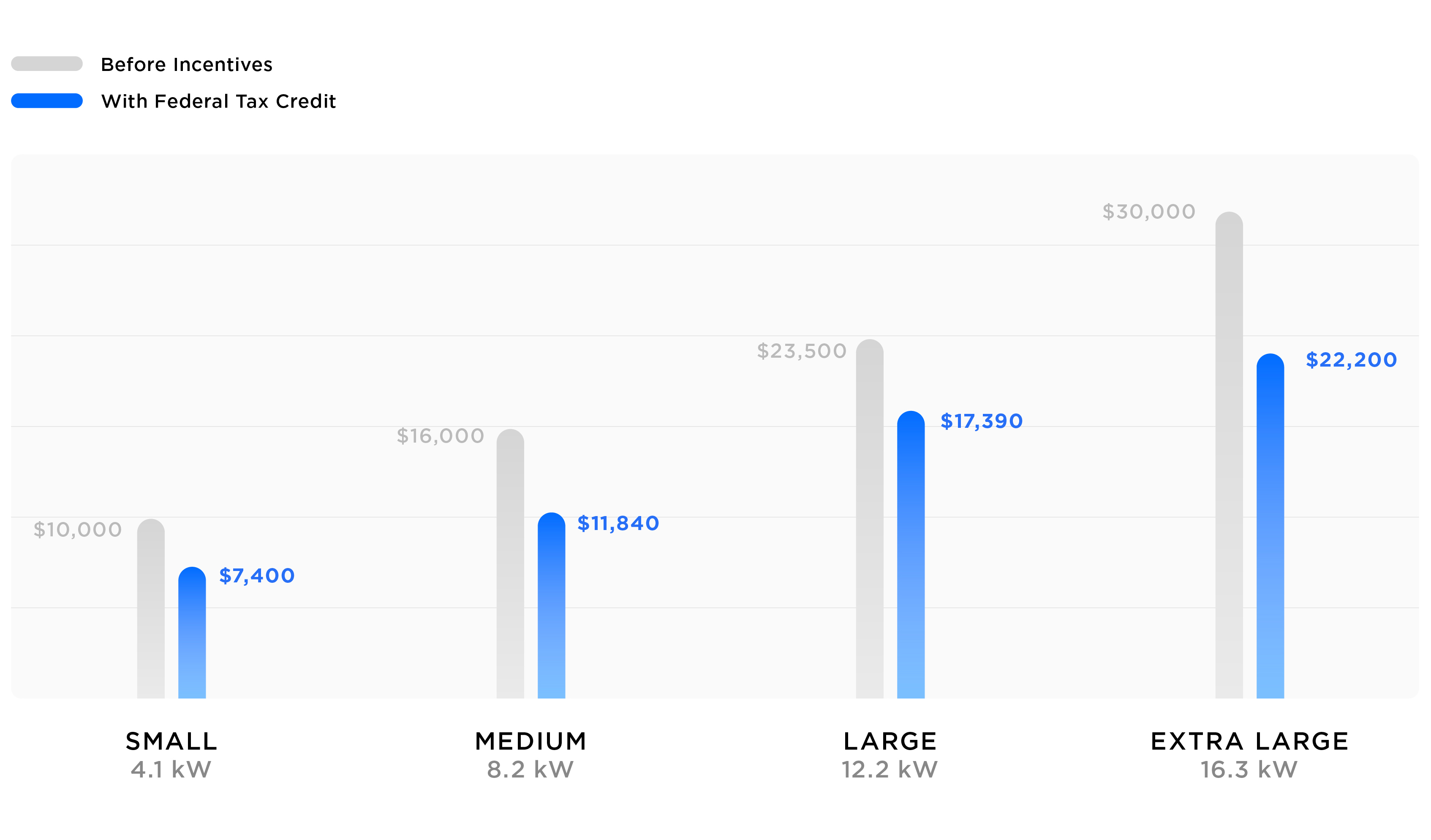 The automaker described the impact of the new cheaper pricing:

With our new pricing, an average customer buying a large system in California will make their money back in only six years by reducing their electric bill, ultimately making an average of $88,000 over the system’s lifetime. In New Mexico, that same system will make an average of $55,000 over its lifetime and in Vermont, $47,000. All systems, in all states, generate more value than ever when purchased with cash or financed with a solar loan. Savings will vary based on state laws and local utility rates. We also offer low-cost subscription solar for a fixed monthly payment in six states that you can cancel anytime.

Tesla’s claim is based on the Solar Energy Industry Association’s report that in Q1 2020, the average residential solar price was $2.83 per watt.

All those prices are before the federal tax credit.

As you can see, they are all below average, and the cost per watt goes down fast with bigger systems.

Tesla explains how they achieved those new prices:

Our new pricing is made possible by several simple improvements to a decades-old industry. We made ordering and installing solar easy by moving to fixed sizes that customers can order with a single click online — no more need to spend hours in consultations reviewing old utility bills. More than 80% of our customers move forward with the standard size recommended by our website, and the move to a digital experience helped cut our sales and marketing costs by 64%.

It might be the first time that a product other than a vehicle is featured first on Tesla’s website, which says a lot about Tesla’s commitment to expanding its solar business.