Interview: Why Ford says Mustang Mach-E has the most accurate EV range estimator 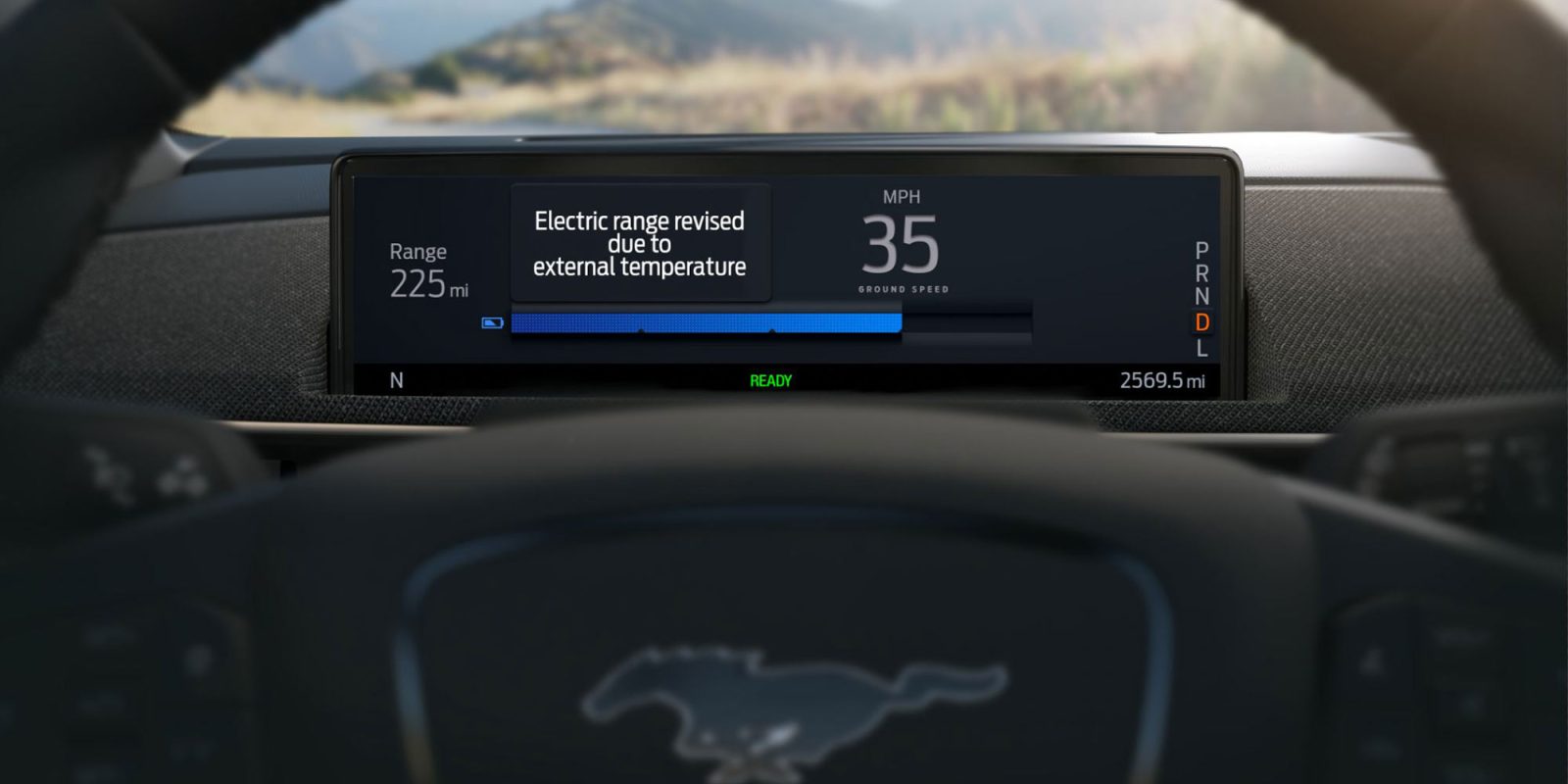 Calculating the number of miles of remaining EV range has been a challenge for many automakers. Ford now claims that its Intelligent Range feature has solved the problem, using crowdsourced data, weather, and a vehicle’s energy-consumption history.

Electrek spoke with Mark Poll, Ford’s EV charging user experience manager, to see what the company is doing differently from the competition. He told us that there are two distinct predictive protocols. The one for local driving will be available when the Mach-E is launched later this year. The other method, for long-distance road trips, is coming in mid-2021.

Both systems require drivers to participate in Ford’s connected-services program, explaining why the company is incentivizing drivers with three to five free charging sessions if they sign up. Without the connectivity plan, Ford’s Intelligent Range system doesn’t have access to the critical data it needs.

Range numbers can fluctuate on some EV systems that use the last few minutes (or hours) to predict the range for a trip. Ford takes a different approach. It’s based on a complete picture of the route based on multiple past trips, as well as the trips of other Mach-E drivers under the same conditions.

When you set off on a trip, the range for the entire route is downloaded to the car at that moment. Furthermore, the route is broken up into discrete segments – for example, the uphill stretch of road leading to the mountains and a separate segment for coming downhill. A single estimated range number is then presented on the dashboard. Poll said:

Unlike the Chevy Bolt – which presents a high, medium, and lower estimate — the Mach-E shows one number aiming for accuracy. Poll said:

We tested that high-low range concept where you’re showing multiple numbers. We found that customers, if they see those different options, they don’t actually believe any of them and have a really hard time as well understanding what it means and what is influencing that. So we decided to go with one number.

Ford doesn’t want that number to bounce around, so the range estimate doesn’t change unless conditions radically change, such as when re-routing.

Some of the competitors out there incorporate elevation and traffic. But we’re going beyond that, and actually changing the estimated range that’s displayed in the vehicle to the customer and letting them know if there was a significant change. We think that’s a real differentiator.

We won’t bother you with one of those pop-ups if there’s not a significant change. But if there’s a big enough change that could impact your drive, we make that change immediately and present a pop up in the instrument cluster.

For local driving, Ford studies the specific vehicle’s typical driving habits by day of the week, time blocks within each day, traffic conditions on your routes, and outside temperature.

It’s that combination of what we’re learning from the fleet and then your vehicle individually as you drive it – combined with the weather forecast of what the upcoming days are going to bring to your typical journey.

Ford doesn’t assign a value for how each factor impacts range. Instead, it builds a comprehensive model based on past data.

Having a learning-based algorithm allows us to not make an assumption. We can learn from actual performance. It starts with the average across the fleet for that type of vehicle. We can then replace it over time with the specifics for how you use your vehicle individually.

In Ford’s press release today, the company also offers a Plan B. If the Mustang Mach-E does run out of charge, the Ford Roadside Assistance program will tow customers free of charge to where they want within 35 miles.

It sounds like Ford put a lot of thought and effort into accurate range predictions.

That said, we believe that all automakers are now aware of how EV range works and the best UX design for the dash.

For long-distance travel, Tesla has an advantage for road trips because of the tight integration of its Supercharger network.

But beyond that, it’s a matter of how each company executes its solution. It’s hard to say if Ford came up with a better data structure or algorithm because the Mach-E is not on the road yet. The real test will be what Mustang Mach-E drivers start reporting about the accuracy of range estimates later this year.