New EVs continue to roll out in Europe. The newest entrant will be the Citroën e-C4 crossover, which gets unveiled on June 30.

The electric powertrain will be familiar – borrowed from PSA’s multi-energy CMP platform used on cars like the Peugeot e-208 and e-2008. It’s a flexible system, so the specs could expand. But based on previous models, we expect a 50-kilowatt-hour battery pack providing 193 miles on the WLTP cycle. The power output will likely be 136 horsepower and 192 pound-feet of torque.

Gas- and diesel-powered versions of the new C4 will also be offered.

However, it’s the new C4’s design that will capture attention at the unveiling. Citroën CEO Vincent Cobee said the model would bring “a new look to the segment,” referring to a small hatchback. Spy shots reveal a crossover profile with an arched roofline and high tailgate. The current Citroën c4 is shown above.

Citroën has the design chops to put out dramatic concept vehicles, like the tiny Ami One. The rear lighting will reportedly borrow some elements from the outlandish Citroën 19 concept.

The all-new C4 will use a longer wheelbase. The Citroën CXPERIENCE Concept from a few years ago shows how the company could handle a hatchback in larger form. 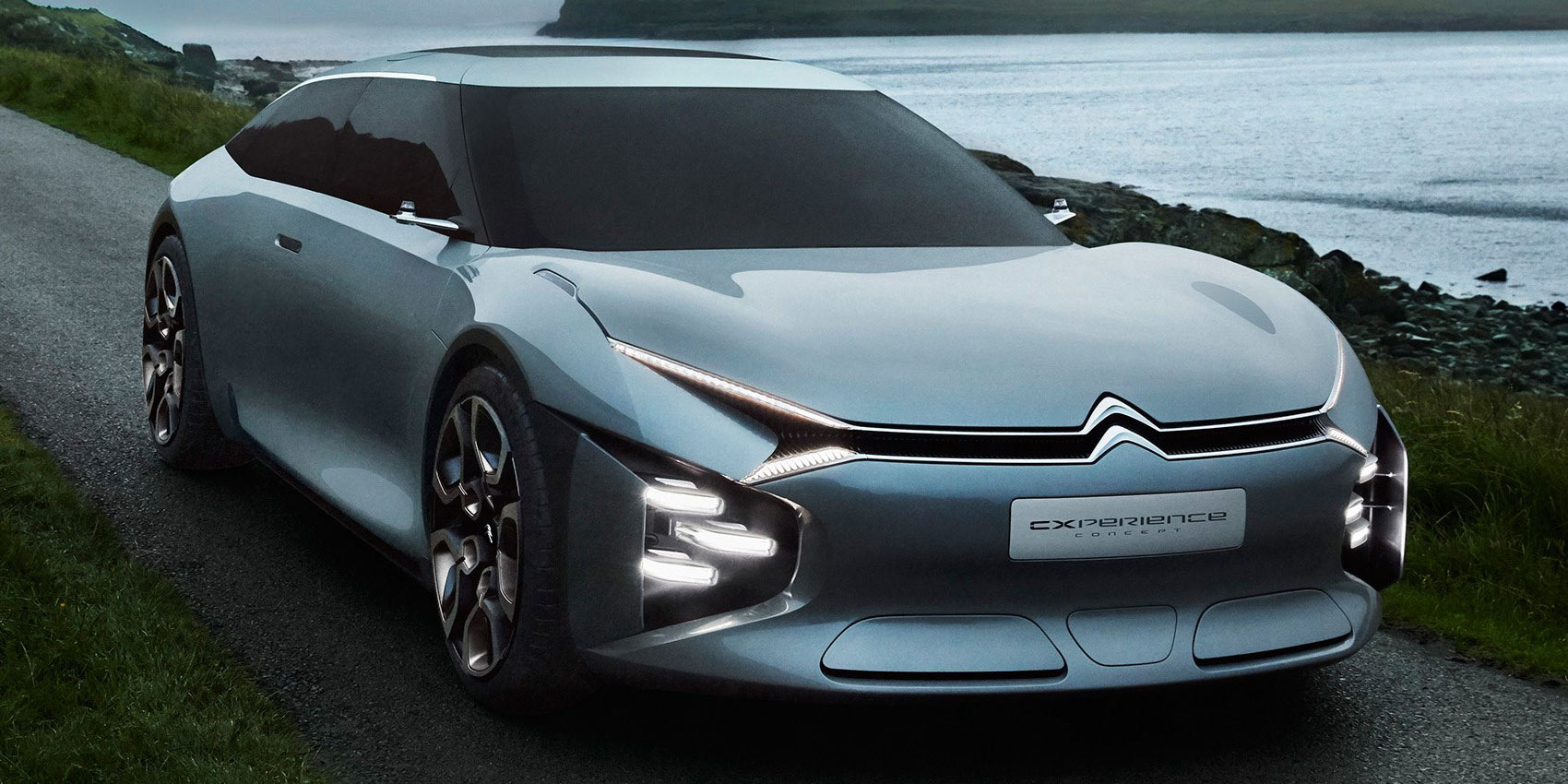 The production version of the new Citroën electric C4, of course, will be dressed down. And as an EV, it will bend the definition of segments – as we see with the Jaguar I-Pace and Volkswagen ID.4 falling in between a wagon, beefy hatch, and small SUV.

The company teased the e-C4 on Twitter. Not much was revealed.

From previous Citroën announcements, we know that the new C4 will be available to order in the next few weeks. And the first models will hit European streets in about September.