Mercedes-Benz has revealed the first official picture of a production EQS electric car although it features a camouflage wrap.

It’s off to a slow start, but Daimler’s flagship brand is expected to ramp things up with several new models in the next few years.

The EQS, an electric sedan similar in size to the Mercedes-Benz S-Class, is going to be one of them.

They unveiled the concept for the vehicle last year, and they plan to bring a production version to market next year.

The concept was quite futuristic.

We’ve now got a look at the production version of the Mercedes-Benz EQS in a new teaser image: 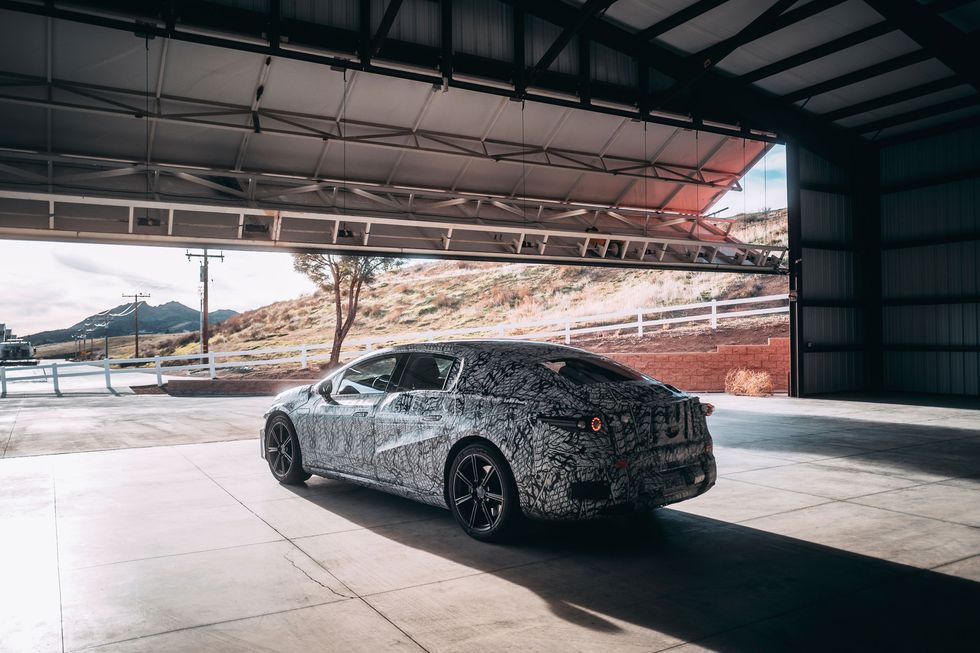 Despite the camouflage, we can see that the German automaker has toned down the production electric sedan compared to the concept.

Now it remains to be seen if Mercedes-Benz also toned down the specs of the EQS because they announced some quite impressive ones when unveiling the concept.

The automaker talked about a 100 kWh battery pack enabling “up to 700 km” of WLTP range, which should result in over 350 miles of EPA-rated miles.

Mercedes-Benz also mentioned that the EQS would be capable of charging at up to 350 kW, which would be a new industry-leading charging capacity.

Here’s all the technical data that Mercedes-Benz has released for the EQS electric sedan when unveiling the original concept:

Mercedes-Benz plans to fully unveil the production EQS later this year for a launch next year.

The EQS is expected to compete with the Tesla Model S, which has been stealing market share from Mercedes-Benz’s S-Class luxury sedan for years.