Ninebot, the Chinese electric mobility company that purchased Segway, has just launched the Ninebot KickScooter Air T15. The electric scooter is the company’s latest design and features a number of futuristic-looking advancements.

A vertical LED panel is mounted between the handlebar’s dual uprights, designed to make the Air T15 more visible at night.

The scooter also connects to a smartphone app that riders can use to personalize the scooter’s lighting colors and even display multiple colors along the length of the LED strip. 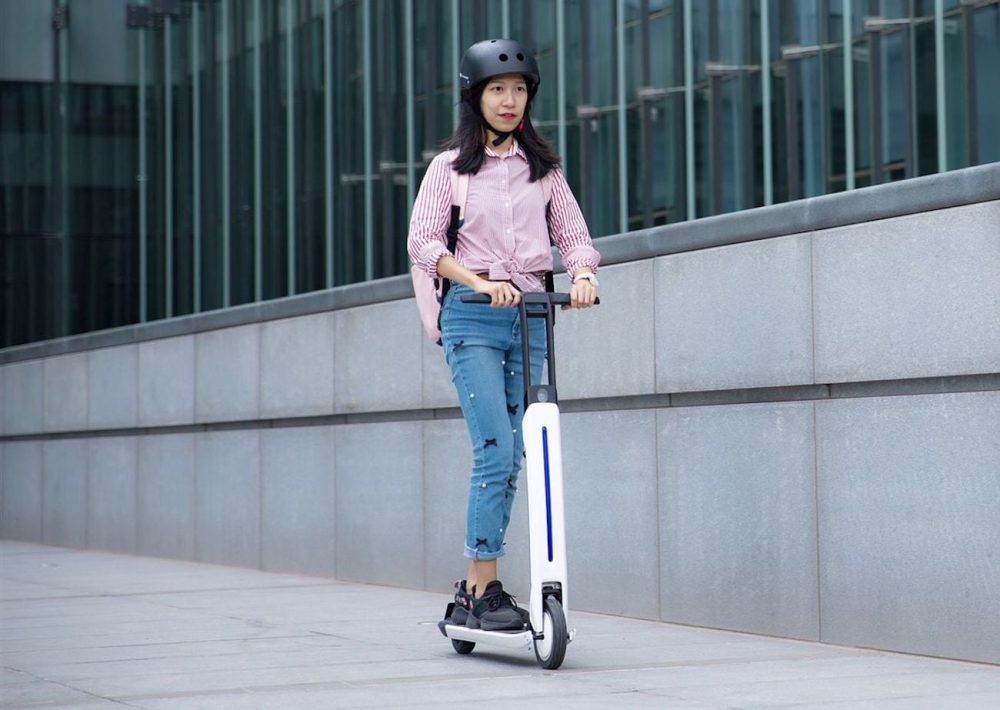 The scooter is lighter than most other options on the market, weighing in at just 10.5 kg (23 lb). It is built from 90% magnesium alloy and includes a bezel-less dashboard screen.

The handlebar grips fold down around the screen to make the scooter more compact in its folded form and easier to stow under a desk or bench. 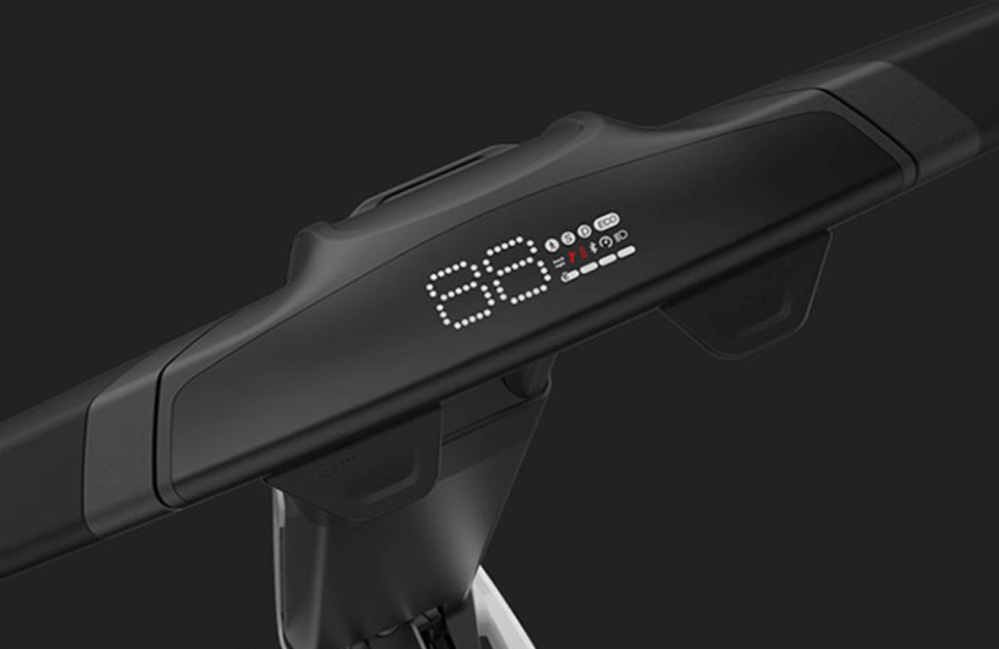 The Air T15 doesn’t use a standard throttle, but instead opts for a novel kick-to-go system that functions almost like constant cruise control.

Essentially, the rider pushes off like a non-electric scooter to get moving, and the scooter then maintains the rider’s current speed. To go faster, the rider simply gives another kick. To slow, the rider steps on the mudflap brake, which also engages regenerative braking.

With this new control system, the rider’s feet can entirely control the acceleration and deceleration, just like on a non-electric scooter.

While the scooter scores points with its slim folding design and optional trolley mode for rolling the scooter behind the rider, its tech specs leave something to be desired. The Air T15 can only reach a top speed of 20 km/h (12.4 mph) and has a range of just 7.5 miles (12 km) from its 144Wh battery.

But hey, check out that awesome stand! 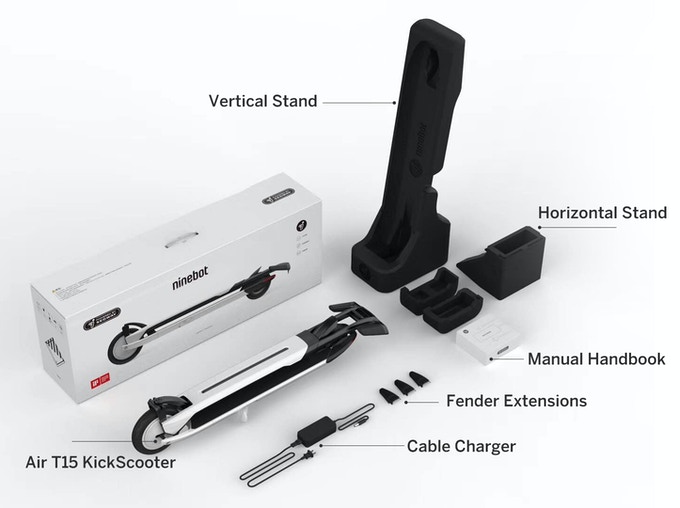 So while this isn’t going to be a high-performance scooter, it should still be good for short hops around the campus or in the city.

Those wanting to get their own can place a $569 pre-order via Ninebot’s crowdfunding page. While caution should always be urged for crowdfunding campaigns, Ninebot has a history of delivering on its promises, so this shouldn’t be too much of a risky bet.