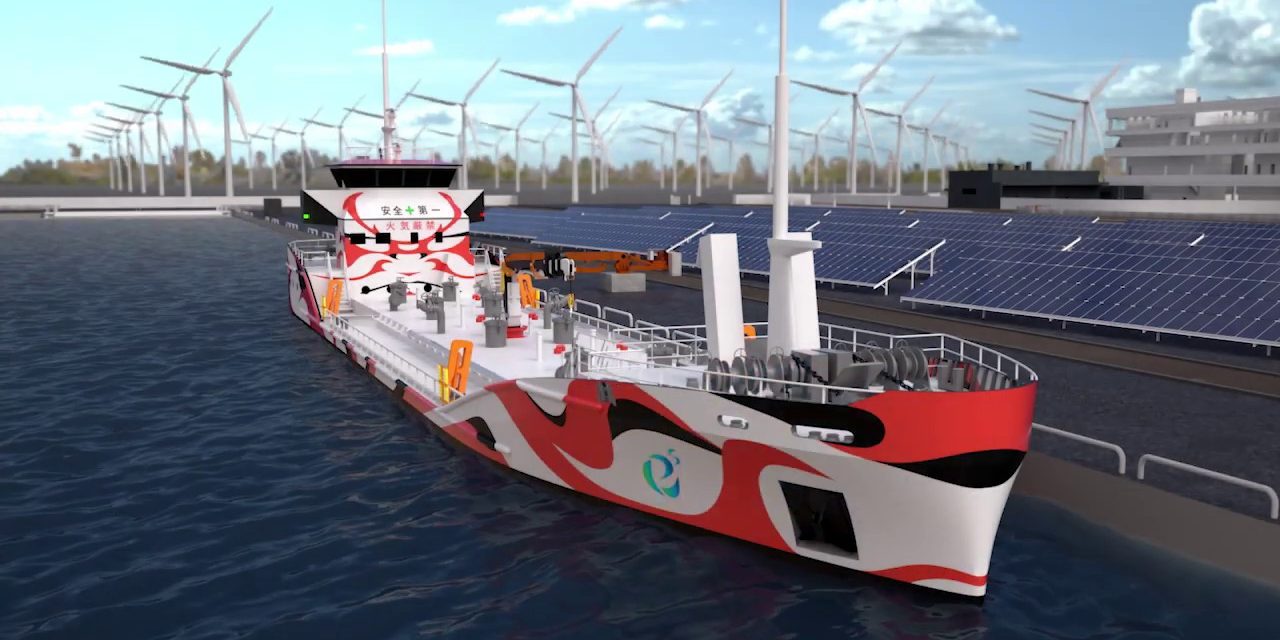 A group of large Japanese companies has come together to launch a consortium that will build the infrastructure to develop and launch large electric vessels, like oil tankers.

Oil tankers and cargo ships are some of the biggest and most polluting vehicles on the planet.

It’s why 7 important Japanese companies have launched the “e5 Consortium”, which has for goal to establish “new ocean shipping infrastructure services through various initiatives to develop, realize, and commercialize zero-emission electric vessels.”

Here are the 7 companies involved:

They wrote in a press release yesterday:

“Coastal shipping in Japan faces structural issues such as a shortage of mariners due to the aging of the seagoing workforce, not to mention the aging of the vessels. In addition, the ocean shipping industry has urged the coastal shipping industry to reduce emissions of greenhouse gases (GHGs) as one of Japan’s measures to address climate change. The seven e5 Consortium corporate members are focusing their attention on fulfilling the potential of electric vessels to solve these urgent issues. The consortium aims to establish a platform that offers innovative ocean shipping infrastructure services based on electric vessels bringing to bear the strength, technological know-how, networks, and other advantages of each member company.”

The first part of the project will be to “launch the world’s first zero-emission electric tanker, powered by large-capacity lithium ion batteries, in March 2022.”

They released this concept of the all-electric tanker:

In another press release, Asahi Tanker released some of the specs of the vessel, which is going to be equipped with a massive 3.5 MWh battery pack:

They are already planning two vessels to be deployed between March 2022 to March 2023.

In recent years, we have seen several efforts to electrify maritime transport.

Electrification is taking hold in the ferry industry, but the transition is slower for cargo ships. Though we have seen a new all-electric cargo ship with a massive 2.4 MWh battery pack launch in China a few years ago.