In February, we started getting more hints that Volkswagen plans to build and sell a lineup “ID.R” electric performance cars. Now, Volkswagen executives have confirmed that it’s in the works.

Volkswagen R is the brand used by Volkswagen to indicate a high-performance model. The R badge is best known for its use on the Golf R, but there are about a half-dozen R models, including the ID.R electric race car.

In January, Volkswagen unveiled the four-wheel-drive electric Golf eR1 (shown above) at the Ice Race GP in Zell, Austria. The battery-electric concept vehicle drifted around the snow-covered track.

We have the ID.3 that comes out this year. So, we feel we are in the perfect situation to do an electric R model. But first, we have to understand what is the excitement for a performance electric vehicle.

Capito said that it’s “quite easy” to achieve impressive zero-to-60 times in an electric vehicle. He added, “I think electric cars must have more character than that.” 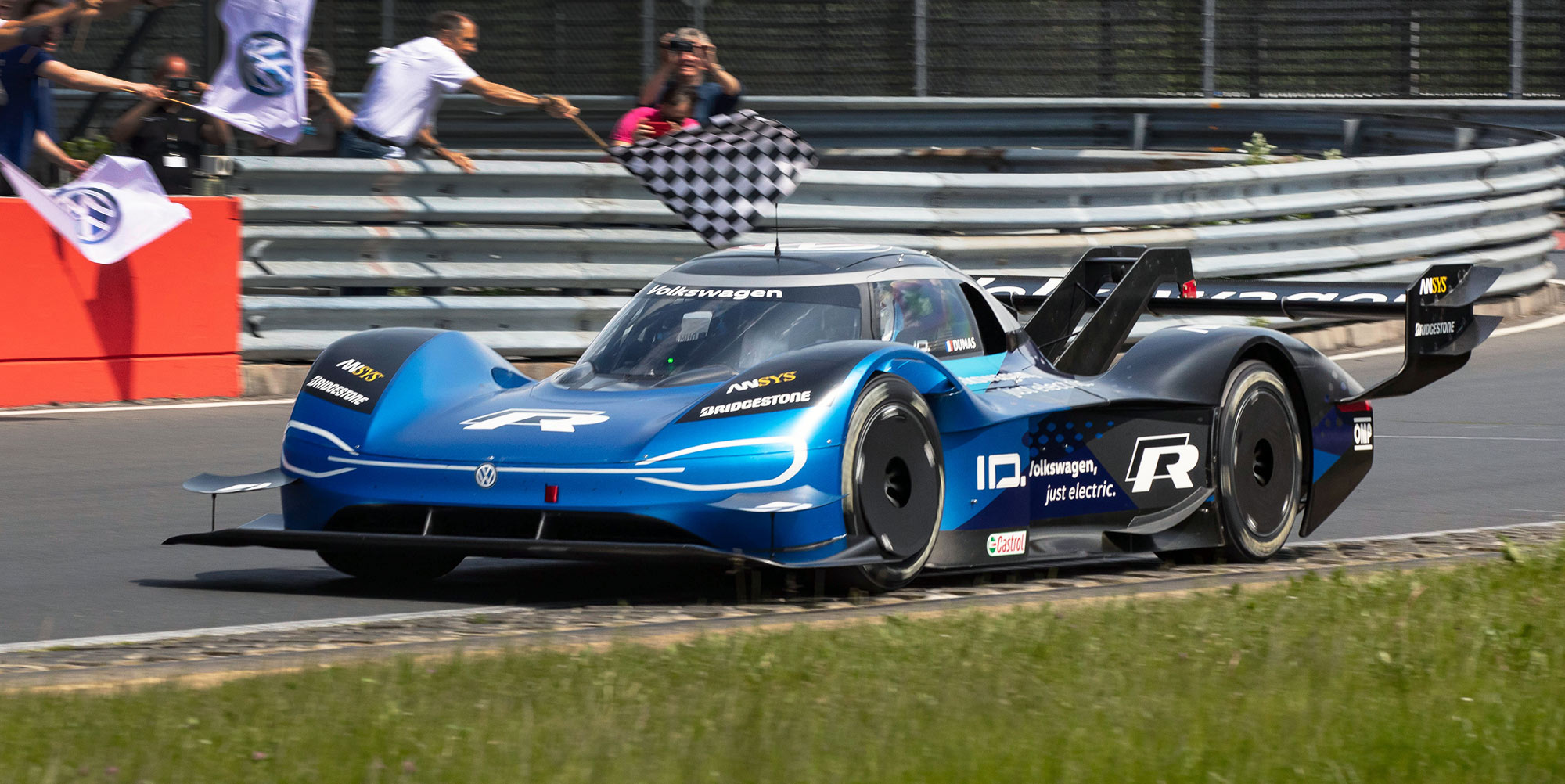 Capito explained that the eR1 was the first test mule for the ID.R racing car. So there are links between the technology developed for the ID.R and an EV that you and I can buy someday. Capito said:

We have different cells and ways of building and all the technical learnings from motorsport. There are different demands on a performance car than a road car, and we’re looking at all aspects to see what we can do with the technology.

We’ve seen how it works in the ID.R, and now we want to see how it looks in a road car.

VW’s lineup of ID electric cars have a ton of potential. The prospect of the high-performance R model creates more anticipation. But let’s not get ahead of ourselves.

The ID.3, the first of VW’s new wave of EVs, is beginning to roll out in Europe next month. Meanwhile, in the US, we’re still perhaps a year away from the ID.4 electric crossover arriving at our shores.

The company has unveiled so many different ID models that it’s hard to keep track of what’s coming and when. A performance-oriented R model – or an R variant of one of its EVs ­– is now added to the list.