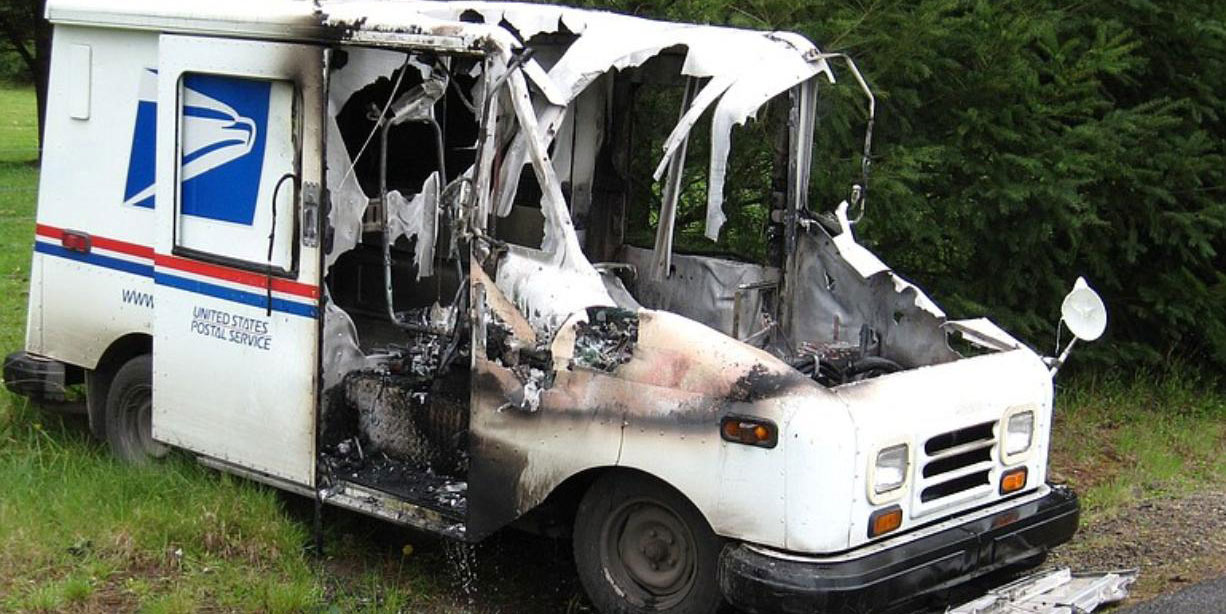 The boxy, American postal truck now in service across the US is built on specs from 1994, with a design dating back to 1984. While Amazon is moving forward with electrifying its fleet of delivery vehicles, plans for the US Postal Service to modernize its trucks have stagnated for more than a decade. Now, under Trump’s new postal chief, plans for a fuel-efficient delivery vehicle are once again postponed.

There are approximately 140,000 of the ancient Grumman Long Life Vehicles now delivering mail for the postal service. The vehicle lacks AC, airbags, and anti-lock brakes — and it gets about 10 miles per gallon. It has a well-deserved reputation as a fire hazard.

As Vox points out, Donald Trump and Amazon chief executive Jeff Bezos (who owns the Washington Post) are engaged in a political battle. Trump believes that Amazon is cheating the government and wants the Postal Service to raise rates for package delivery. That very well could happen under North Carolina businessman Louis DeJoy, who last month was named as the new postmaster general.

DeJoy doesn’t officially start until June 15. But this week, the US Postal Service pushed back its plan to award an expected $6 billion in contracts for the next-generation mail truck. The agency told Trucks.com that the pandemic caused the delay until at least later this year.

According to a December 2019 report from the Government Accountability Office, it now costs the USPS $2 billion a year to maintain those aging vehicles. As regular readers of this site know, EVs are about half as expensive to operate as internal-combustion vehicles. And obviously, electric mail trucks generate zero air pollution or greenhouse gas emissions.

The average postal route is about 13 miles, well within the range of modern electric powertrains. Mail delivery vehicles return to the same location every night where they could be charged.

The race to electrify delivery has a predictable winner

The Postal Service started its mail truck replacement process in 2015 (following government plans dating to 2005). Proposals from about four companies were due on March 27. Each team previously provided prototype vehicles to the Postal Service for evaluation.

The teams include Turkey-based Karsan, which makes commercial electric vehicles, and Workhorse Group, which builds electric trucks. The two other contenders include Mahindra Automotive North America, which proposed a gasoline or mild-hybrid powertrain option, and Ford, which submitted the gas-powered Ford Transit cargo van. (Ford has plans for an electric version of the Transit Connect.)

Meanwhile, Amazon made a deal to purchase 100,000 Rivian electric trucks that are expected to start rolling out as early as 2021. The e-commerce giant plans to have 10,000 of the new electric vehicles on the road as early as 2022.