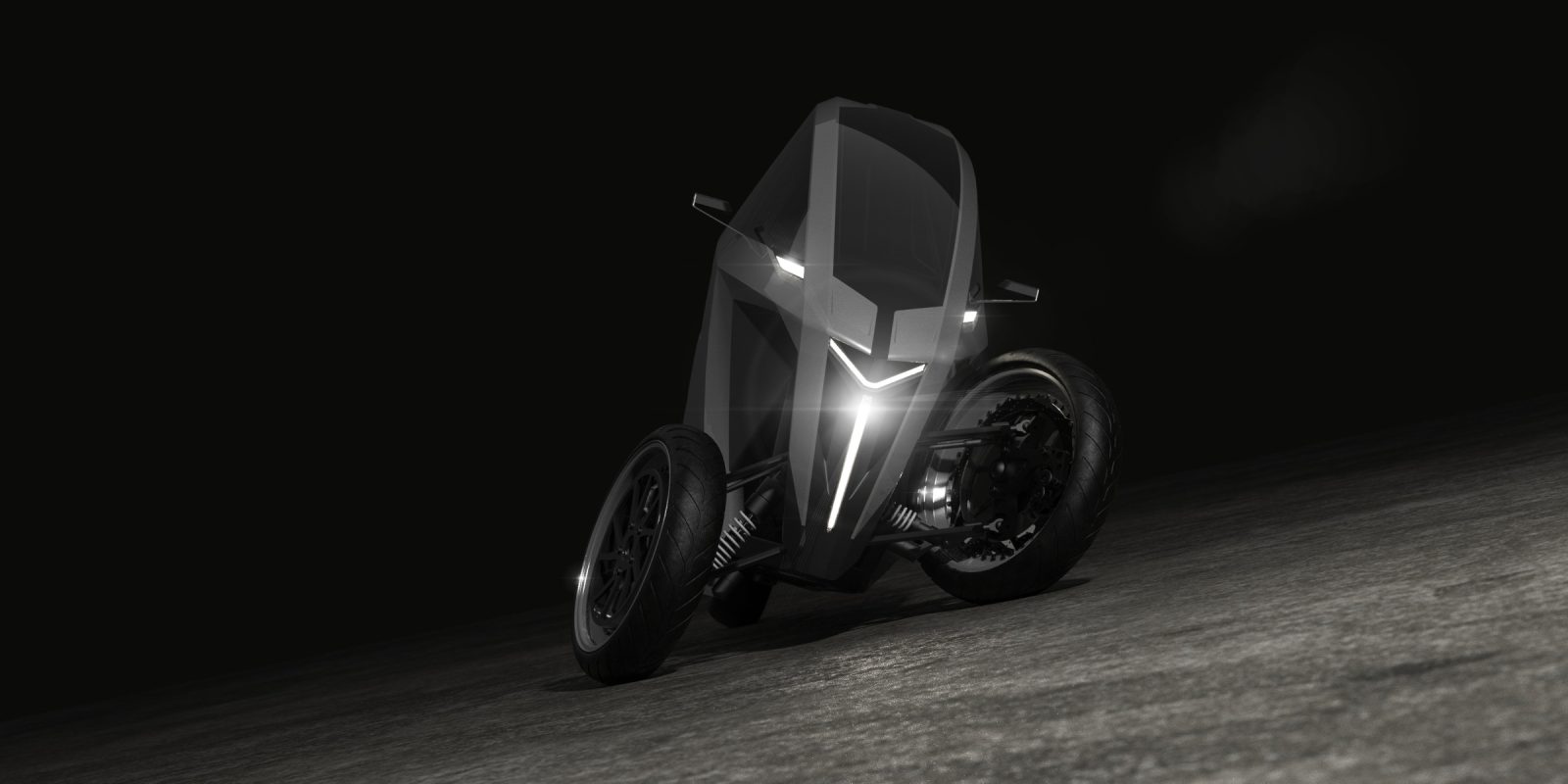 AKO is a Vilnius, Lithuania-based EV startup that has been hard at work developing the AKO Trike. This two-seater electric three-wheeler is now on its second-generation prototype and features a novel leaning mechanism.

The AKO Trike sports what at first appears to be a simple steering wheel and column. Turning the wheel also turns the two front wheels, which is sufficient for slow speed turns. But at higher speeds, the rider can lean the steering column from side to side, which causes the entire trike to lean into turns like a typical motorcycle.

The leaning mechanism was designed by the AKO team and is currently patent pending.

The trike’s power comes from an electric motor that is paired to the rear drive wheel with a driveshaft, another feature rarely seen on these types of EVs.

AKO’s CEO Jurgis Lečas explained in a series of emails to Electrek that the AKO Trike is being designed to handle much like a sport motorcycle:

The estimated top speed is around 240 km/h (will probably be limited via software) and the peak motor torque is around 600 Nm, though that may be subject to change. The inside of the vehicle will have several important safety measures such as frontal airbag as well as side airbags. Four point seat belts are a must as we are keeping it sport-ish, luxury-ish. It’s truly like a sports motorcycle.

Below you can see renders of how the AKO Trike is destined to look.

However, the prototype certainly isn’t quite there yet.

The team had to start with a series of less eye-catching prototypes to test their new design.

In October 2019, the first prototype hit the tarmac for testing, proving the efficacy of the design.

It wasn’t much to look at, but it definitely hauled. Check out the testing video below: (Oh, and headphone warning for the Inception-style series of BWOOONG!)

The AKO Trike is now in its second prototype, which shows the vehicle in a state that is much closer to a production frame and drivetrain.

The AKO Trike certainly isn’t the first two-seated electric three-wheeler out there, though its design marks a stark departure from others that have come before it.

Jurgis explained to Electrek how AKO’s small team worked together to develop such a unique vehicle:

Only a small team of dedicated engineers can launch such product, not some industry giant due to corporate inertia where big companies stick to their norms & tendencies. We’re basically going a different direction where we want to truly develop incredible UX, combine the best of design & engineering solutions, reach such level of greatness that every-time someone passes the trike standing on the street they would think, ‘Hot damn I want one of those.’

He’s got me sold, at least on the “I want one of those” part. With an expected price of around €20k-€24k, I’m going to need to be pretty impressed with the ride. Then again, that’s around the price of an Energica electric motorcycle, and the AKO Trike has some extra benefits like airbags, seat belts and a roof — all things that might just convince my wife to get in one.

So, who knows, maybe they are on to something here.

What do you guys think of the AKO Trike? Let us know in the comments below.