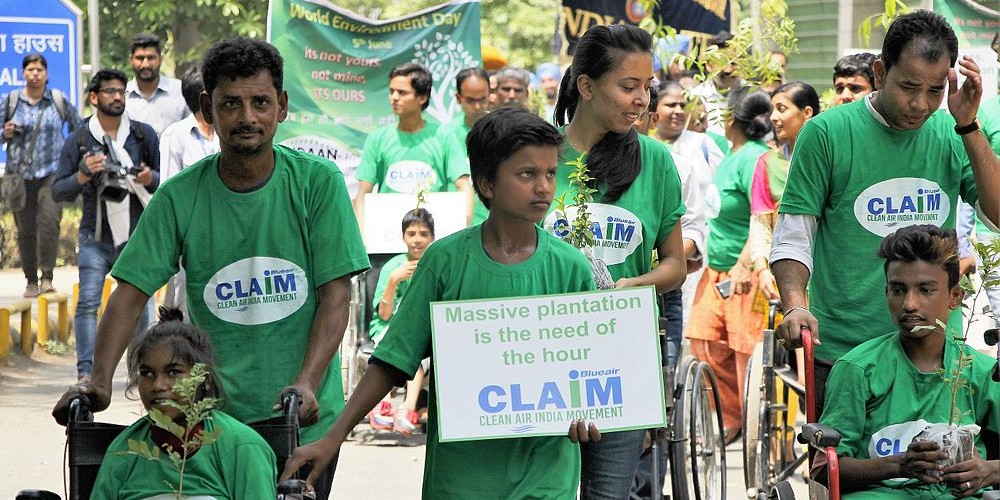 India, the world’s fifth-largest economy, has had its first year-on-year reduction in CO2 emissions in 40 years, according to a study by the Centre for Research on Energy and Clean Air (CREA) for Carbon Brief. This is due to an economic slowdown as a result of coronavirus and the growth of green energy.

Emissions in India fell by around 15% in March, and about 30% in April. Coal sales fell 10% and imports fell 27.5% in March due to reduced demand for electricity.

Cities are reporting much lower levels of particulate matter (PM 2.5) and nitrogen dioxide, which is released by vehicles and power plants.

Studying daily data from India’s national grid, analysts found that coal-fired power generation fell 15% in March and 31% in the first three weeks of April, while renewable energy generation increased by 6.4% in March and decreased by 1.4% in April.

Oil consumption has also been slowing since early 2019, researchers found, but noted that COVID-19 lockdown measures have had a “dramatic impact” on transport oil consumption, which fell 18% in March 2020 compared to the previous year.

Meanwhile, natural gas consumption, which increased 5.5% in the first 11 months of the fiscal year, is expected to fall by up to 20% during the lockdown, analysts said.

In the short term, this is wonderful for India’s environment. And Indian residents have been posting photos of clear skies allowing views of the Himalayas that they have not previously seen. But this is short-term good news. How the Indian government acts next in response to the pandemic is what really matters.

Will Prime Minister Narendra Modi’s government seize the opportunity to clean up India’s pollution, or will the country knee-jerk and double down on pollutants in order to achieve economic recovery?

Money will likely drive decision making, and solar is now cheaper than coal. But hopefully, those blue skies and the influence of the people who are enjoying clean air for the first time in decades will help inspire the government to move permanently toward a renewable energy future. Like in the US, bailouts for the fossil-fuel industry is simply a bad investment.