Climate Crisis Weekly: Are our oceans doomed or can they heal? 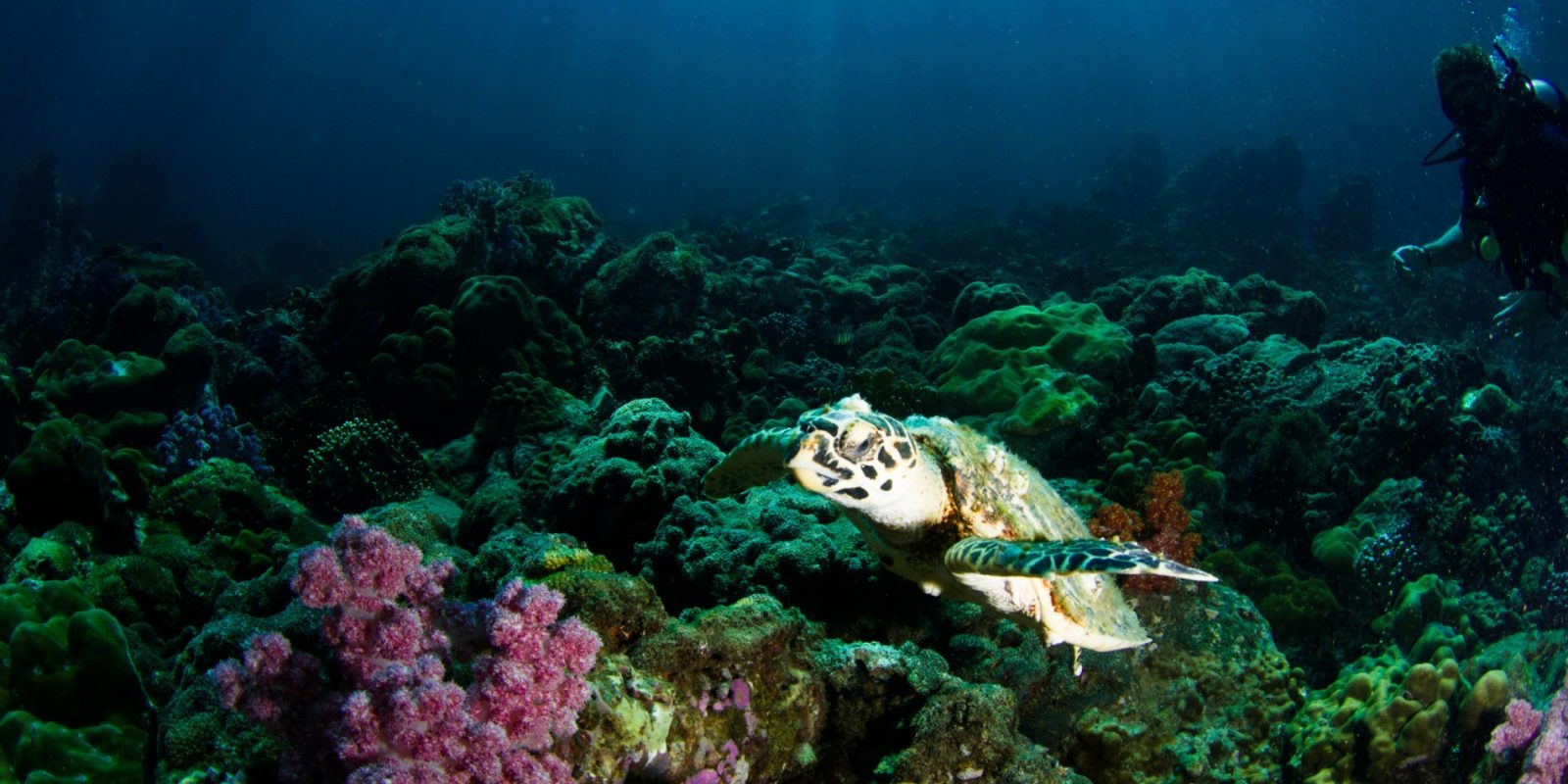 Flattening the curve is a phrase we are all now extremely familiar with, and it applies to the climate crisis as well. Two new studies of our oceans explore different aspects, but both are in agreement that urgent action is necessary to save ocean ecosystems (and heck, just our ecosystems in general).

The first, which was published online in Nature on April 1, is called “Rebuilding Marine Life.” The study asserts that our oceans are resilient and that with diligence, they could be successfully restored by 2050. Prof Callum Roberts from the University of York in the UK says [via the BBC]:

We now have the skills and expertise to be able to restore vital marine habitats such as oyster reefs, mangrove swamps, and salt marshes — which keep our seas clean, our coasts protected, and provide food to support entire ecosystems.

Science gives us reason to be optimistic about the future of our oceans, but we are not currently doing enough in the UK or globally.

Substantial rebuilding across many components of marine life by 2050 is an achievable Grand Challenge for science and society. Meeting this challenge requires immediate action to reduce relevant pressures, including climate change, safeguarding places of remaining abundance, and recovering depleted populations, habitats, and ecosystems elsewhere. This will require sustained perseverance and substantial commitment of financial resources, but we suggest that the ecological, economic, and social gains will be far-reaching.

"What are the impacts of #ClimateChange on the ocean"?

In this episode of #ClimateConversations, we asked the UN's Special Envoy for the Ocean @ThomsonFiji to take one of your questions. pic.twitter.com/CU5BosLaH4

The second study, which was published online in Nature on April 8, is titled, “The Projected Timing of Abrupt Ecological Disruption from Climate Change.”

The study asserts that as key temperature thresholds are crossed as the earth warms, wildlife could be lost abruptly, rather than decline gradually. Oceans would be hit first, as the seas have already warmed, so this has reduced oceans’ oxygen and increased acidification.

However, if the world adheres to the Paris Agreement levels of less than a 2C warming, it would curtail changes to just 2% of ecosystems.

Study co-author Christopher Trisos, of the University of Cape Town said [via the Guardian]:

Our research shows that rapid action to reduce greenhouse gas emissions this decade will effectively flatten the curve of species at risk. Similar to the COVID-19 pandemic, early action to limit the risk pays off in a big way. It does not eliminate all risk from climate change, but reduces the number of species and ecosystems exposed by a massive amount.

The message is overwhelmingly clear: We need action no matter what.

India, a country with a population of nearly 1.4 billion people, has been under lockdown due to the coronavirus pandemic since March 22. And in that short period of time, pollution has plummeted. Some of the most striking images have been posted on Twitter of clear skies and views of the Himalayas in Punjab.

According to SBS Hindi:

According to the India Today Data Intelligence Unit (DIU) from March 16-27, the air quality index improved by 33% on average in the country.

Cricketer Harbhajan Singh tweeted a striking image (and got a reply with a second shot):

Some tweeters claim to have not seen that view in three decades.

There’s a chance to really get people to stop, take a deep breath, and reflect on questions like, ‘How was your asthma during this period?’

Particulate matter has fallen by more than 70% in Delhi since the lockdown.

Microsoft founder and philanthropist Bill Gates spoke in a Ted Talk about the coronavirus and how it relates to climate change. Gates cited global cooperation addressing the pandemic, and says he’s optimistic that human beings can work together to solve these problems:

That idea of innovation and science and the world working together — that is totally common between these two problems, and so I don’t think this has to be a huge setback for climate.

In the science side and data sharing side, you see this great cooperation going on.

There’s a sample of the conversation below, but you can watch the whole Ted Talk here.

"Science is on our side. We can be ready for the next epidemic. It's very clear how to do that."

Watch the full conversation on how we can stop this pandemic — and the next one — here: https://t.co/LEBidJa3cv pic.twitter.com/2R0z8KVMDZ

Hey, Electrek, why do you post about #FridaysForFuture nearly every week in Climate Crisis Weekly? Because these kids do. Because the problem isn’t going away. Because tenacity and pressure works. As a reminder that these are real young people who care — they have faces and names. So here are this week’s images of young people who want to protect Planet Earth.

We are telling leaders to #ActOnScience for this week's #DigitalStrikePH & #ClimateStrikeOnline

Could floating communities be a solution for communities under threat as a result of the climate crisis? Oceanix thinks so, and it says the habitats would produce their own electricity and food, yet produce zero waste. They’re working with UN-Habitat and others to come up with creative, viable solutions for cities threatened by rising seas.

The American Society of Mechanical Engineers is helping, and it posted a video of this potential future solution. It’s pretty cool:

Mashable made a short, pragmatic video pointing out that while the air has cleared under coronavirus lockdown, it won’t make a dent in overall emissions without sustainable, serious change. (Everyone from Big Oil to airlines are lobbying governments to waive emissions targets.)

There’s even the threat of a pollution backlash that could be even worse than before once the economy restarts. However, Mashable ends on a positive note. As we mentioned above, this may spur people to make lifestyle changes and be more conscious about sustainability and taking care of our planet. Have a watch below:

Climate change is still a major problem, despite coronavirus and social distancing pic.twitter.com/ISMfJCFnAA