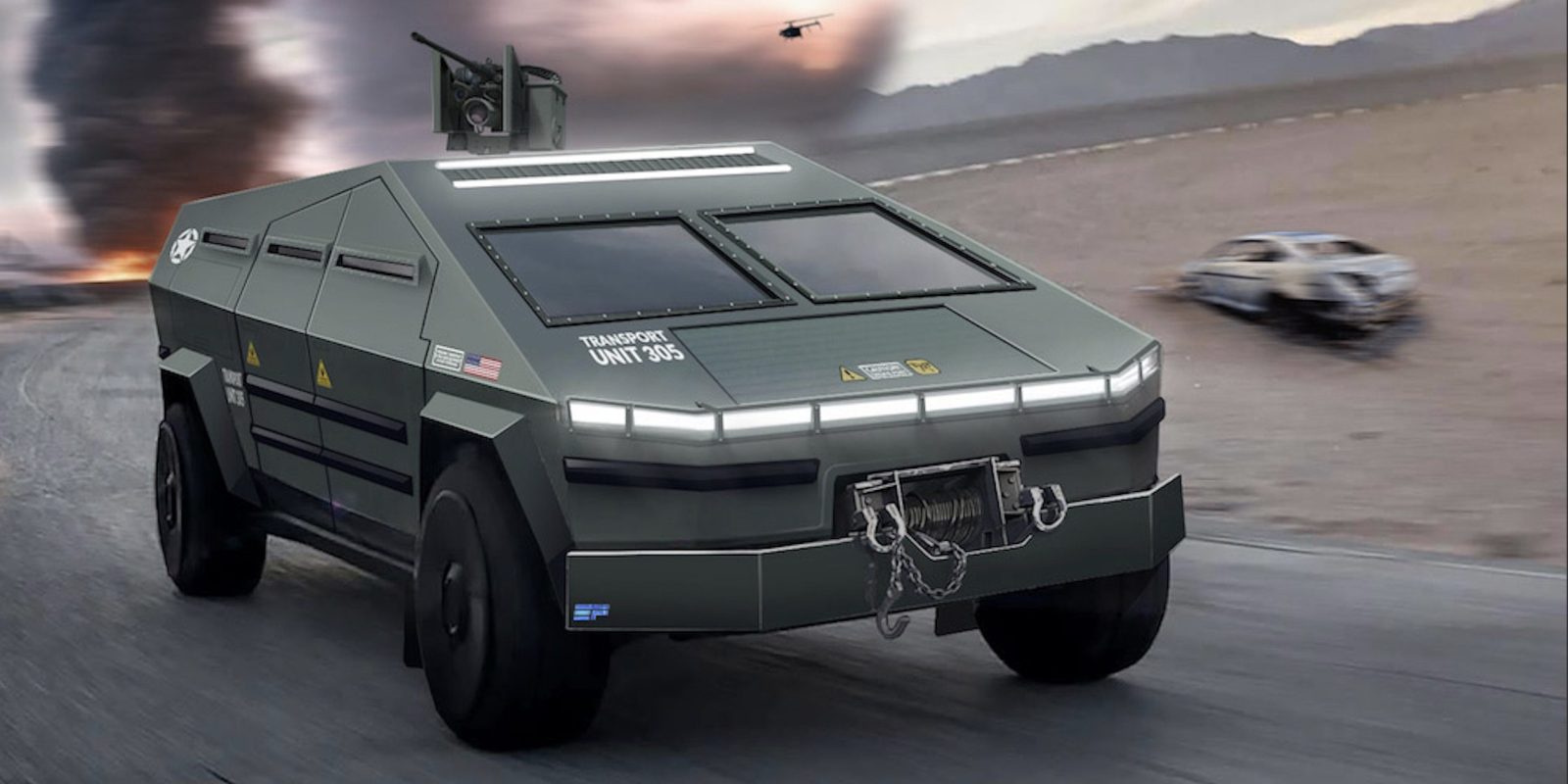 The military has been talking about incorporating electric vehicles in their fleet and with the Tesla Cybertruck being described as an “armored personnel carrier from the future”, a rendering artist decided to explore what a Cybertruck would look like as an electric Joint Light Tactical Vehicle.

As we reported last week, the military is developing a plan to use EVs for remote missions and even cited Tesla as an example that larger EVs are viable.

It would be sort of the reverse Hummer, which was a military vehicle first but was later turned into a commercial vehicle.

But the Cybertruck has several other advantages going for it that most commercial vehicles don’t, including the fact that it’s built with an Ultra-Hard 30X Cold-Rolled stainless-steel exoskeleton.

YouTuber Electric Future and car designer Jan Peisert partnered to imagine what the Tesla Cybertruck would look like as an electric military vehicle, like a Joint Light Tactical Vehicle.

They have come up with several interesting designs:

One of them also shows a potential solar power feature, which is something Tesla is actually planning to do with the Cybertruck.

Tesla claims that an optional solar cell system on the top of the electric pickup truck is going to generate about 15 miles worth of electricity per day.

Here’s the video they produced about the potential of using the Tesla Cybertruck as a military vehicle:

The military should really go electric. By deploying batteries and solar panels, their missions could become self-sufficient when it comes to energy. No need for generators and a fuel supply chain.

You drop a Tesla Megapack or a few Powerpacks with deployable solar panels, which is something that is already being deployed by Tesla and partners in Australia, and then you have a self-sustaining base when it comes to electricity.

If you add a few electric vehicles on top of it, you become completely energy independent.

I think that’s a cool idea whether it’s done with Tesla Cybertruck or not.