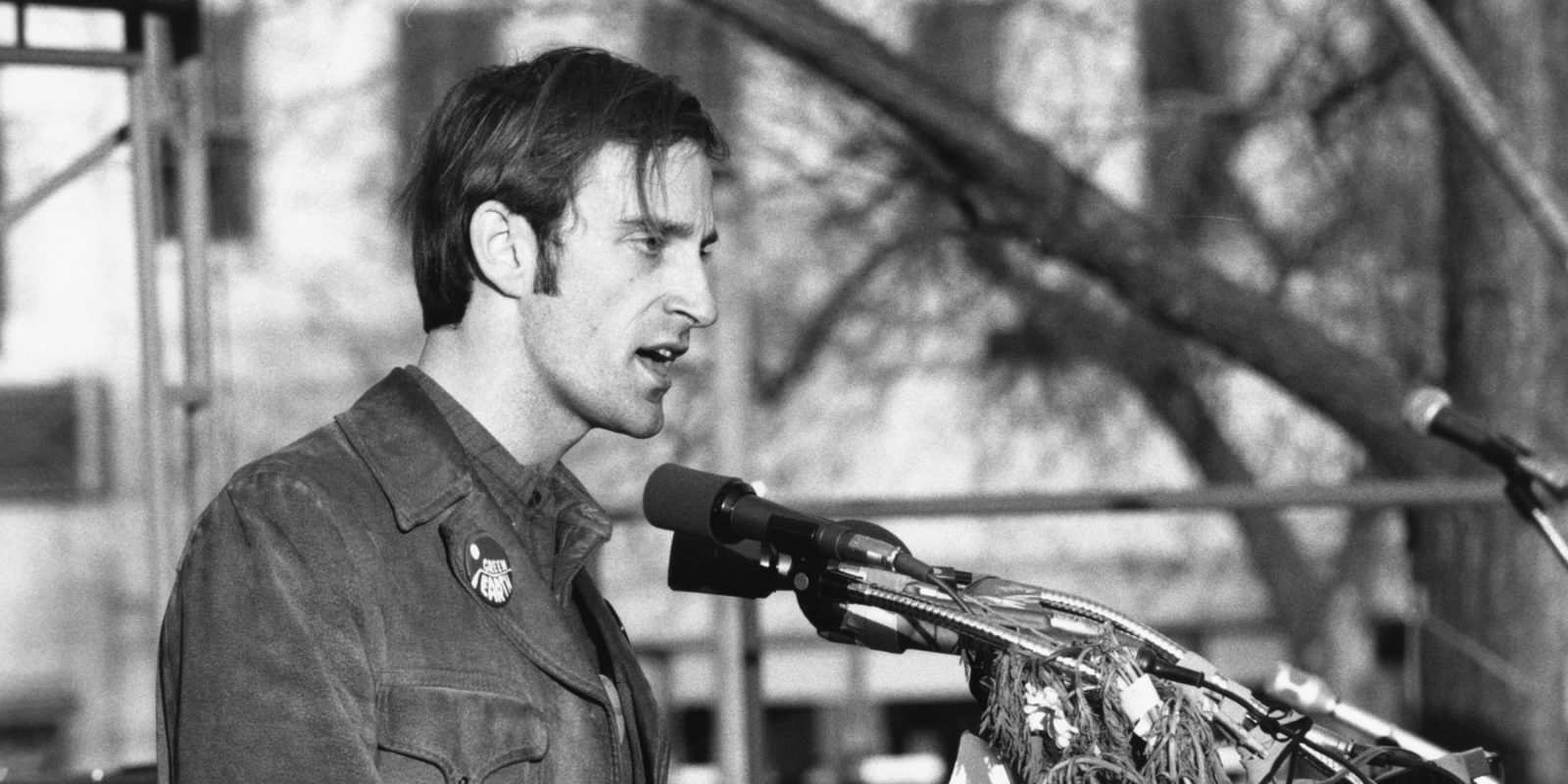 Earth Day was founded on April 22, 1970, by then 25-year-old graduate student Denis Hayes (pictured above on that day). It brought out 20 million Americans in participation and helped spark the modern environmental movement. Today, it’s 50 years old.

In the 1970s, the Environmental Protection Agency was created (although we probably need to go back to the drawing board on that one now) and the Clean Air Act and the Endangered Species Act were passed. The Clean Air Act was updated, too.

The Earth Day Network published a Q&A with solar and environmental advocate Hayes just ahead of its 50th anniversary, which can be read in full here. (Of course, Earth Day is being celebrated remotely this year — here’s what’s on.)

Here’s an excerpt of Haye’s thoughts on where we were, where we are, and where we could go:

Earth Day Network: The decade that followed the first Earth Day saw a cascade of environmental protection legislation, some of which are facing recent threats and rollbacks. What do we need to do to spark the next wave of protections for our environment?

Denis Hayes: The really big question is not so much how we’re going to protect the victories of the past, since they are hugely popular and very cost effective; it’s how we move into global issues, which we’ve been notoriously unsuccessful in figuring out ways to address. If it’s a national issue, you just pass a law and turn it over to an agency to regulate it — we can enforce it and take people to court. On a global issue, none of that is true.

EDN: What does a successful Earth Day 2070 look like? And what legacy do you hope to build as Earth Day heads in the next 50 years?

DH: …I do hope that what we have in 2070 is a world that is living within its limits. That is in ecological terms, not going well beyond its current capacity and suffering from overshoots from collapse is something that I fear is likely, but it shouldn’t be if we’re doing everything well. When we have things going well for the environment, Earth Days tend to be somewhat celebratory, and when you have things going wrong for the environment, then they tend to be protests against all of the things that are going wrong and that are harming people. I hope in 2070 we will be in a position to celebrate.

Nigel Green is CEO of the deVere Group, one of the world’s leading independent financial advisory organizations. deVere has more than $10 billion under advice from more than 80,000 clients in 100 countries.

Green explains how negative oil prices crashed below zero this week in the video. He says:

Oil may not be as necessary as it was… We are moving into a world where there is less oil needed. Solar power… is virtually zero in cost. Would you buy oil? Me? No.

The coal-fired cogeneration plant KVV6 at Värtaverket has been in operation and supplied heat and electricity to Stockholmers since 1989. Now it is closed.

With Sweden going coal free in the same week as Austria, the downward trajectory of coal in Europe is clear.

Against the backdrop of the serious health challenges we are currently facing, leaving coal behind in exchange for renewables is the right decision, and will repay us in kind with improved health, climate protection, and more resilient economies.