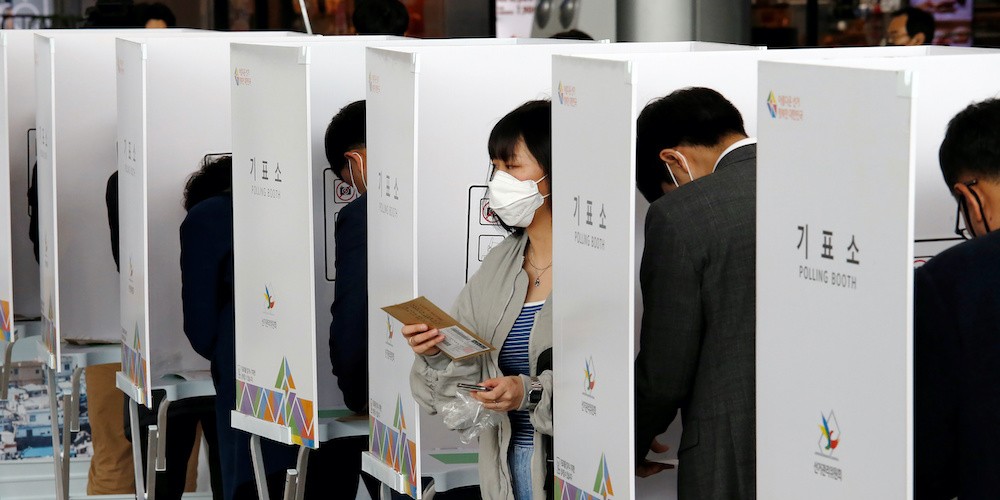 After South Korea’s ruling Democratic Party won an absolute majority in its parliamentary elections on Wednesday (they gained 60 seats, reaching 180 from 120 out of a total of 300), the country is now set to implement a plan to become carbon neutral by 2050 and end coal financing. The Democratic Party published a climate manifesto last month that promised to pass a “Green New Deal,” which nods to the Green New Deal proposals in both the US and the EU.

South Korea will become the first country in East Asia to pledge to reach net zero by 2050. The country had a record voter turnout, despite the coronavirus pandemic. Even those who failed a temperature check were allowed to vote in special booths.

The plan includes large-scale investments in renewable energy, the introduction of a carbon tax, the phase-out of domestic and overseas coal financing by public institutions, and the creation of a Regional Energy Transition Centre to support workers transition to green jobs.

This is a triumph, as South Korea is the world’s seventh-largest carbon emitter. Coal supplies around 40% of its energy. South Korea currently has 60 coal plants, which creates one-third of the country’s emissions. It will need to phase out coal completely by 2029. 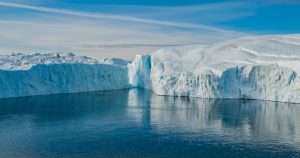 Scientists from the Lamont-Doherty Earth Observatory at Columbia University have published a paper that asserts that there was a dramatic melting of Greenland’s ice sheet in the summer of 2019 due to a persistent zone of high pressure over the area.

Surface ice declined by 197 gigatonnes in the month of July alone. The report states that almost 96% of the ice sheet underwent melting during 2019, compared with an average of just over 64% between 1981 and 2010.

‘This melt event is a good alarm signal that we urgently need to change our way of living to hold [back] global warming because it is likely that the [Intergovernmental Panel on Climate Change] IPCC projections could be too optimistic for [the] Arctic,’ said Dr Xavier Fettweis, co-author of the research from the University of Liege, adding that the atmospheric conditions were unlikely to be down to natural climatic variability and could be driven by global heating.

OK, this product is seriously neat, and I want some. Budapest-based Platio Solar not only creates solar panels that can be embedded in your pavement, but the Platio Solar Pavement is also made of recycled plastic materials that are so strong that you can park a car on them. (Bonus: They also look really cool.)

A  215-square-foot (20-square-meter) Platio Pavement system can supply enough energy to cover the yearly consumption of an average household.

Check out the map on their website for distributors. (Americans, the US distributor is in Denver.)

There has been a 96% drop in passenger numbers on airplanes on US domestic flights, according to the Transportation Security Administration, but only slightly more than half of flights have been canceled. This is in contrast to global flights, with 8 out of 10 flights canceled.

Less than 1 in 10 seats were filled by passengers last week, according to Dan Rutherford of the International Council on Clean Transportation:

Friday unfun fact: Ballpark, less than 1 in 10 seats on US flights were filled this week. h/t @OAG_Aviation @TSA @TransportStats pic.twitter.com/S7c6pCHMXV

So what it boils down to is a huge amount of fuel being burned to transport a very small amount of people.

A woman flew from Tampa to Boston’s Logan Airport yesterday, as she is moving to Boston for a new job, so she had no choice but to fly (when you’ve got a job offer if your original job disappears, you take it). She texted me from Tampa airport, saying that the empty airport was “surreal,” that Delta had blocked off middle seats, and the plane itself was empty, too.

The latest stimulus package is contributing to the burning of this fuel: The US airline industry got $25 billion. In return, the airlines are required to maintain a certain level of service. The coronavirus is expected to make it harder for airlines to meet emissions reductions targets.

British bathroom supplier QS Supplies took a survey of 512 people in Britain and 509 people in the US, asking them how eco-conscious they perceive themselves to be. You can see the full results (and their methodology) if you click on the link, but here are some highlights:

President Macron perfectly sums up the connection between the coronavirus and the climate crisis. It comes down to the most basic thing of all: human survival. He says:

People will not be able to breathe contaminated air anymore.

Now, if Macron could just call the Environmental Protection Agency’s Andrew Wheeler and explain this to him, that would be great.

“Coronavirus ans climate change are profoundly linked. With #Covid_19, humanity is experiencing a fear for itself. Nobody hesitates to take brutal, profound decisions when it comes to saving lives. It’s exactly the same with climate risks”

Hello, #FridaysForFuture, where everyone is continuing to protest virtually, and the pandemic was very much part of the dialogue this week. Hello, South Africa, who rightly point out disparity:

#Covid19 makes the #climatecrisis more urgent! In SA, millions are going hungry due to the lockdown. The gross inequalities revealed by this crisis will worsen with the next. More than ever, we must unite to create a new system where no one is left behind. #FridaysForFuture pic.twitter.com/aHeIEK4n1d

#ClimateStrikeOnline from Ghana. We have learned a lot during the pandemic that we can use to bring about system change to help halt the #ClimateCrisis when countries reopen. #FridaysForFuture says ⁦@malindseysocean⁩ pic.twitter.com/V3vc8UzaDW

And good to see Greta Thunberg is feeling better after having coronavirus:

And Istanbul, glad to see you’re staying safe. Young people, thank you, for your dedication and your wise words.