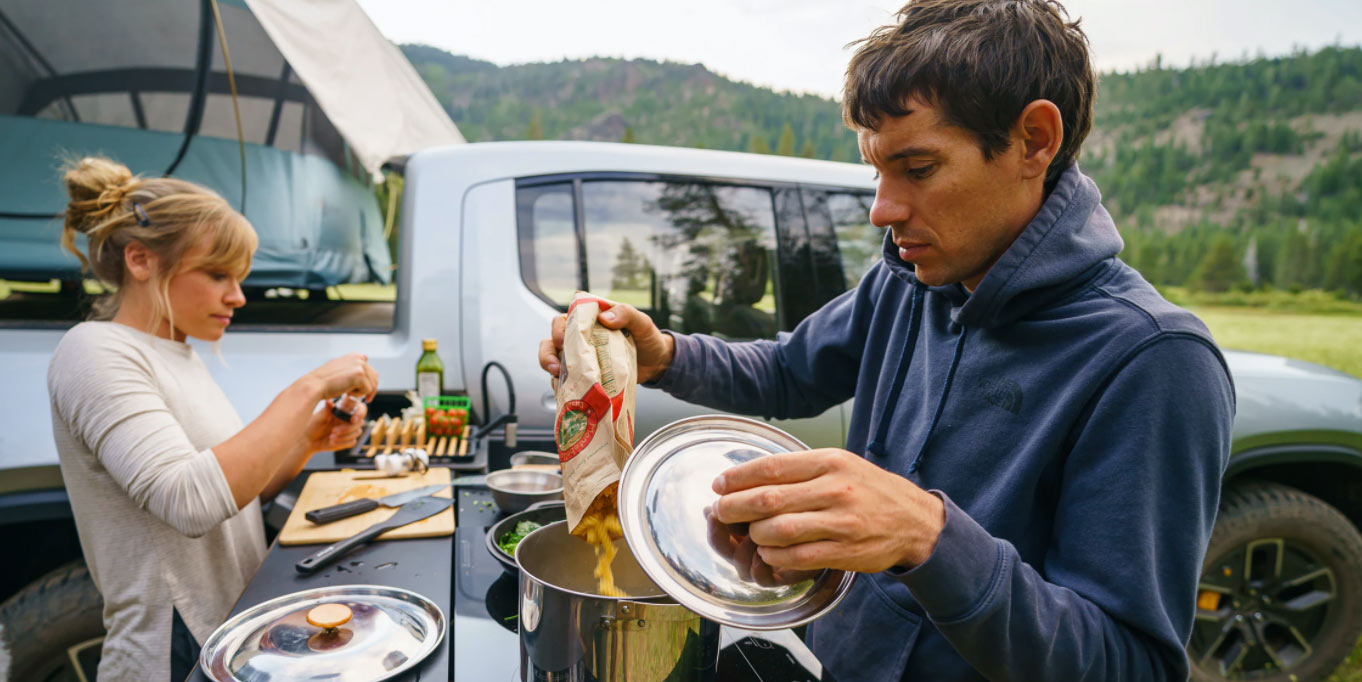 Rivian distinguishes itself from other EV makers in its mission statement: to produce emissions-free electric adventure vehicles. But with everybody on lockdown due to the pandemic, it’s a challenge to get outside. So the company took a look through its archive of past adventures and published three stunning new videos in the past week.

A Rivian spokesperson told Electrek today about the new content:

We try and shoot content and conduct brand research at the same time. The three videos we released last week are from those excursions, all of which took place last year.

If you’re looking for a reel that exclusively focuses on footage of the R1T truck or R1S SUV, this isn’t it. These are meditations on outdoor experiences with a very soft marketing message about Rivian. Some folks might find this approach refreshing. (I do.) If some of you find it indulgent or insidious marketing, it’s not required viewing.

The first one features Alex Honnold, the star of Free Solo. He’s not your typical automotive pitchman. His relationship with Rivian goes deeper. For example, Rivian last year announced a project to use its second-life batteries in a solar microgrid initiative with the Honnold Foundation.

Some of the crew from Free Solo was involved with making the video of Honnold on a climbing trip in Tahoe. Honnold uses the Rivian R1T to get around. He explains:

I live pretty simply, by principle, but there’s always more you can do. Over the years, I’ve made a lot of personal changes in my life — I changed my bank to something more progressive. I became a vegetarian. I installed solar in my home. I’ve wanted to drive electric for years, but until now, it didn’t seem like a possibility. The places I go still require a rugged vehicle with good clearance.

You can read more of the back story about the trip. Or just watch the three-minute video:

And finally, there’s a seven-minute surfing video entitled, “The Lucky Ones.” It was made by Jeff Johnson, a freelance photographer and director who lives on the North Shore of Oahu, Hawaii.

If you’re in a rush, save it for later when you can soak in the images and words. The video actually compels you to slow down.

It tells the story of adventure photographer Ben Moon, who is a cancer survivor. The message of the video is right on time for the trials we face during the pandemic.

Moon has been photographing the Rivian truck at least since November 2018, when the company posted about his involvement. The R1T is only a background actor in the video, so it’s definitely not about electric propulsion or vehicle specs. Its message is more universal.