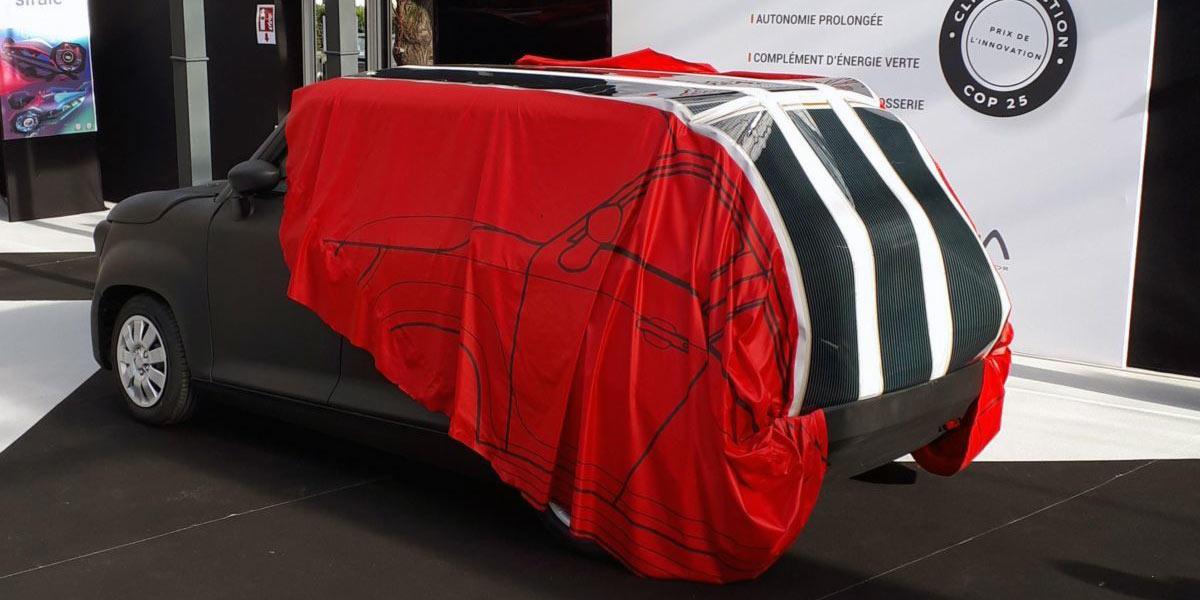 Imagine parking your EV, pushing a button, and a solar EV-charging cover automatically unfurls to protect your car and add a few miles of range. That’s exactly what a French company that produces thin-film photovoltaics and a French EV startup created. While still in the prototype phase, and presented in a goofy video, the idea is maybe not as far-fetched as it first seems.

The cover consists of a tarp that incorporates Armor’s ASCA organic PV film modules. The technology is based on semiconductive organic polymers — thin layers of ink deposited via a coating process on flexible film.

Armor, the manufacturer, told France’s PV Magazine that the film can be folded at least 50,000 times before losses occur. The solar film could be applied to the body of the vehicle, panoramic roof, or windows. They are about 30 times lighter than other PV technologies.

But check out this video showing what Gazelle Tech, the EV maker, did to deploy the PV film. (Heads up: The video starts out with a revving engine, and moves partly in reverse in slow motion.)

Using ultra-light materials allows the Gazelle vehicle to be very efficient. Lavaud claims a remarkable efficiency of 70 watt-hours per kilometer. If my math is right, that’s better than 8 miles per kilowatt-hour. 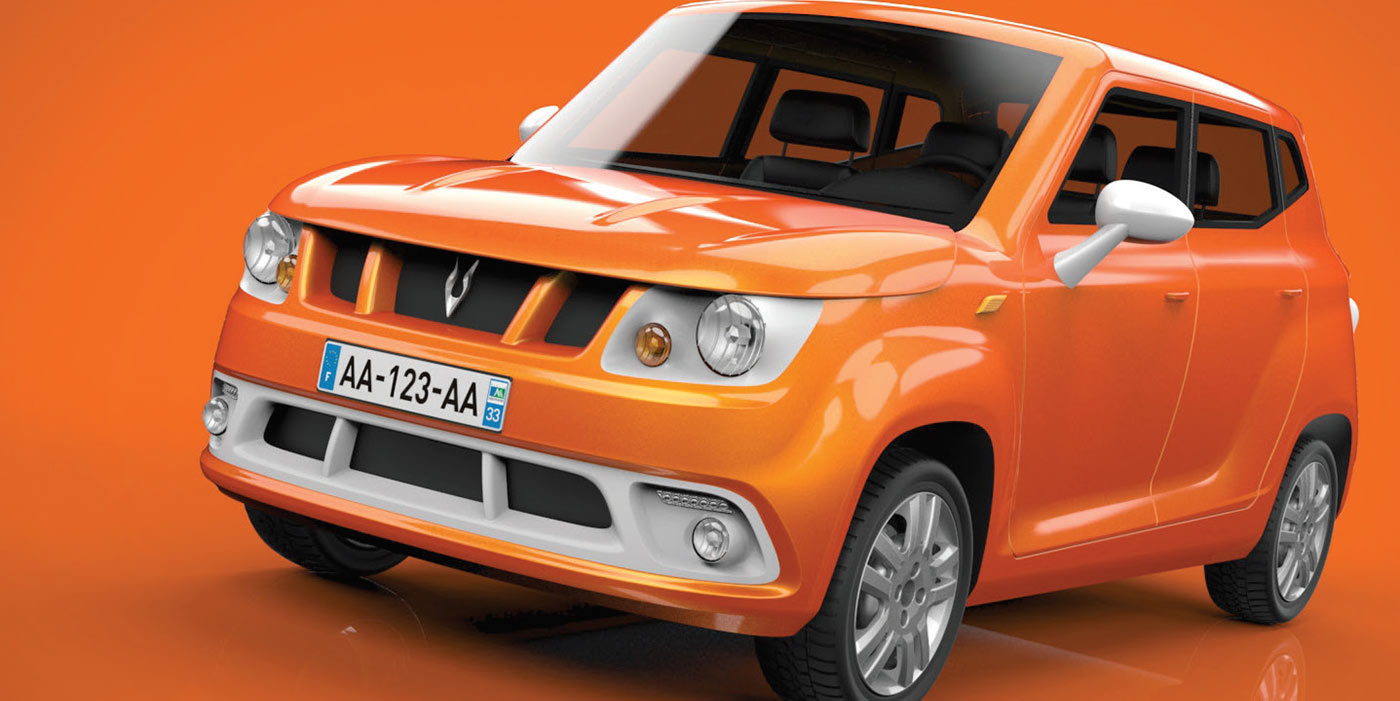 With the retractable solar cover, the Gazelle was entirely designed to reduce the carbon impact while traveling. The aim of the ASCA organic photovoltaic film is to make tomorrow’s transport more autonomous [meaning less dependent on the grid] and less energy-consuming.

The combination of efficient solar charging, and a lightweight, aerodynamic design, is precisely what Lightyear, the Dutch solar-EV company, is pursuing.

Arjo van der Ham, Lightyear’s chief technology officer, told me, “You need to start with a blank sheet of paper at the platform level.”

Lightyear’s vehicle design features enough sky-facing surface area to place about 1,000 individual photovoltaic cells on its body. The Lightyear One, if left in the sun, averages about 20 miles of added electric range in a day. The first hand-built production model, due in 2021, will cost $165,000.

There’s no word yet on a potential price for the solar EV-charging tarp.

The retractable solar cover is obviously a very rough prototype and not near being ready for prime time. But consider that most cars remain parked and stationary for 90% of the day.

With improvements to solar film technology over time, you could imagine that a cost-effective EV-charging solar tarp (most likely manually thrown over a car) could become a desirable product — even if it only added a few miles of range every day.