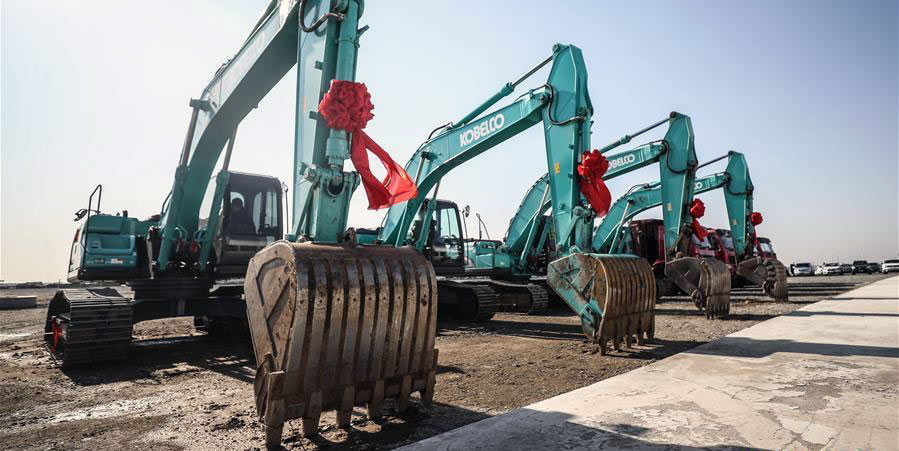 BMW’s majority-owned Chinese company, BMW-Brilliance, began construction this week of a 3.2-square-kilometer plant. The expanded facility will help BMW produce 150,000 EVs a year in China. The list of models includes all-electric versions of the 3-Series and 5-Series sedans, as well as the X1 crossover and another SUV EV.

The new plant in Tiexi, China, doubles the site’s total annual production capacity to 650,000 cars annually. The plant uses BMW’s flexible manufacturing so it can produce EVs, plug-in hybrids, and gas-powered vehicles on the same assembly lines. Series production will begin in 2022.

BMW said it planned to invest €3 billion ($3.24 billion) in the Tiexi plant. Oliver Zipse, BMW’s CEO, speaking in 2018 when BMW took majority control of BMW-Brilliance, said this about the Tiexi facility:

With our highly flexible production system, we can respond quickly to market demand and would be able to ramp up production of electric vehicles to 100% of our output.

In September 2019, Handelsblatt, the German business newspaper, reported that BMW’s board approved BMW-Brilliance to build all-electric versions of the 5-Series sedan and X1 compact SUV — with a pure-electric 3-Series and a future electric SUV to be added.

The all-electric iX3, which is exported to Europe, is currently made at the company’s Dadong plant. Last month, BMW scrapped plans to offer the all-electric iX3 in the United States because American dealers believed its 74-kWh would not provide enough range.

Last year, Gasgoo, the Chinese automotive news site, reported about plans for the all-electric 3-Series at the Tiexi factory:

The new 3-Series Long-wheelbase BEV and its next-generation model code-named G28BEV NM are expected to be mass-produced from 2022, according to a product plan BMW Brilliance designs for its new Tiexi plant.

Gasgoo even quoted annual output numbers, although production would likely be shared between Tiexi and Dadong:

Planned production capacity of these four BEV models totals over 150,000 units on an annual basis, the report said. Of that, the capacity of the 5-Series Long-wheelbase BEV and the upper medium SUV aggregates 54,170 units per year, while 100,000-unit annual capacity is prepared for the 3-Series BEV and the iX3.

The electric 5-Series is said to have three motors, producing up to 710 horsepower with acceleration to 62 mph in less than three seconds.

Currently, 6 BMW models are produced by BMW Brilliance at the Tiexi plant, including the plug-in hybrid version of the BMW 5-Series.

BMW’s flexible manufacturing allows the company to produce a lot of EVs. But that same flexibility means that it could easily shift back to internal combustion vehicles.

The specific production numbers reported by Gasgoo are promising. Moreover, the proposed models, like powerful all-electric versions of the 3-Series and 5-Series, would appeal to global customers.

Those cars, and BMW electric crossovers, could be global in scope — unlike the China-only, low-range, and underpowered EVs made by General Motors and Toyota in China.

The year 2022 is not far away. We are cautiously optimistic about BMW delivering on plans for 150,000 mainstream BMW EVs, although less so for those cars coming to the US. Carmakers are sending their EVs to Europe, which is holding firm on its CO2 regulations — while the US backslides on fuel-efficiency regulations.