The US patent office last week published a new EV-related application submitted by Ford in September 2018. The application is so broad as to be almost generic. But it reveals a higher level of portability, flexibility, and modular daisy-chain charging so that multiple EVs and chargers with different technologies can create an effective system.

The title of the application is “Portable Charging System and Charging Method.” See if you can make sense of the Abstract:

An exemplary charging system includes, among other things, a first portable charger that electrically couples to an electrified vehicle while a second portable charger is providing electrical energy to charge the traction battery.

It’s not clear, so I reached out to Sam Abuelsamid, an engineer and an analyst with Navigant Research. Navigant just came out with a Q1 2020 report on Mobile EV Chargers.

Abuelsamid said that the Ford patent “encompasses the most possible permutations of combining multiple portable chargers.” He explained:

The ability to combine multiple chargers gives the operator flexibility to optimize the use of chargers based on the needs of vehicles being charged. For example, if you need to charge one vehicle with a big battery slowly, you could connect the chargers in series to use the capacity of multiple batteries. If you need fast charging, you can connect them in parallel for higher power. You can charge a couple of PHEVs off a single charger.

Abuelsamid cast some doubt on whether the patent truly represented a novel idea or if it is “something relatively obvious.”

However, what’s undeniable is that automakers are exploring mobile approaches to EV charging. For example, in December, Volkswagen unveiled a new concept for a charging robot that can charge electric vehicles in a parking garage using mobile battery packs. The German automaker said that “mobile robots will charge electric vehicles completely autonomously in the future.” 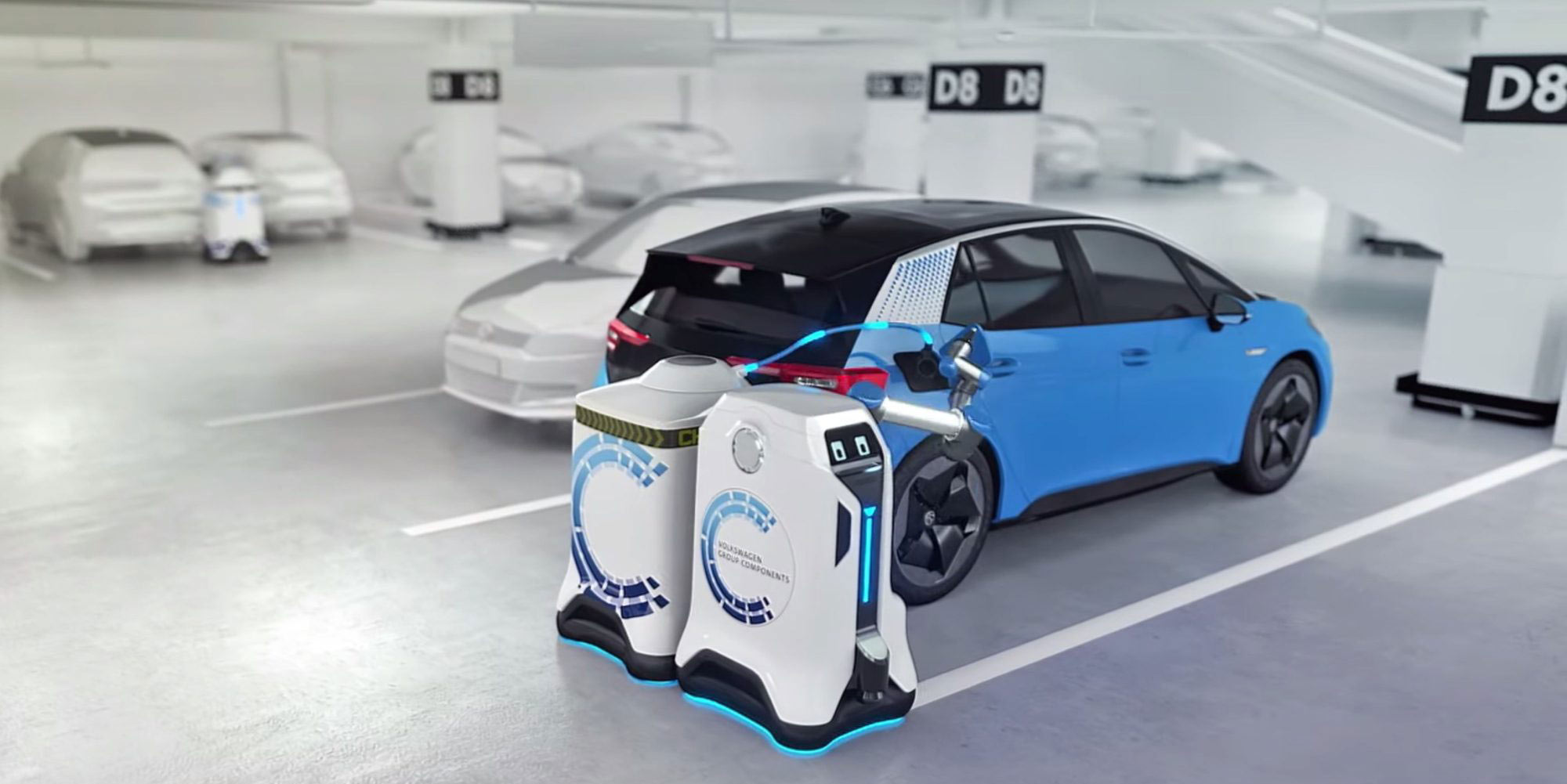 A new breed of mobile chargers could be installed on vehicles for roadside assistance. Or they could be put on wheels to move around parking facilities, which appears to be what Ford partly has in mind.

So when a vehicle receives a full charge, it could move to the next vehicle – rather than drivers having to shuffle the cars around to charging spots when they free up.

Millions of EVs and PHEVs will be added to global roads in the next couple of years. How will they all be served with fast and flexible charging – and no queues? 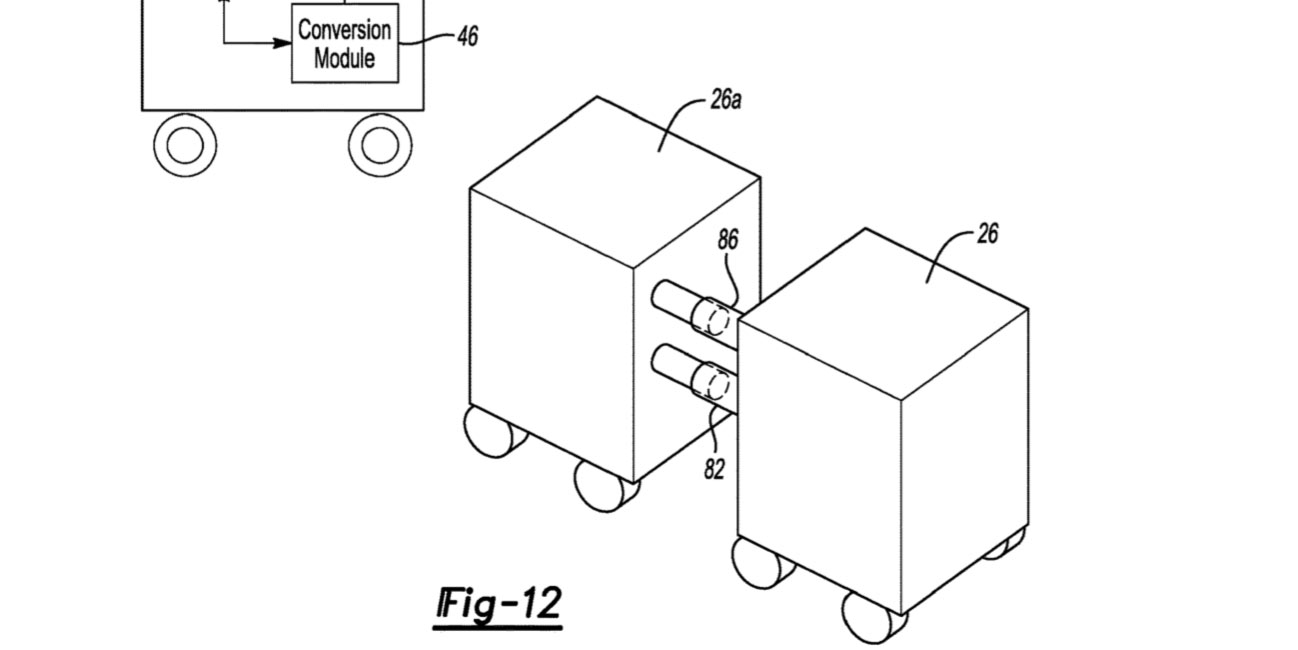 Ford’s patent application presents about a dozen different configurations. Maybe some of them of those layouts could be deployed, enabling mobile EV chargers – like a set of Lego building blocks connecting multiple devices and vehicles – to serve more drivers all at once. The patent application is still being reviewed.