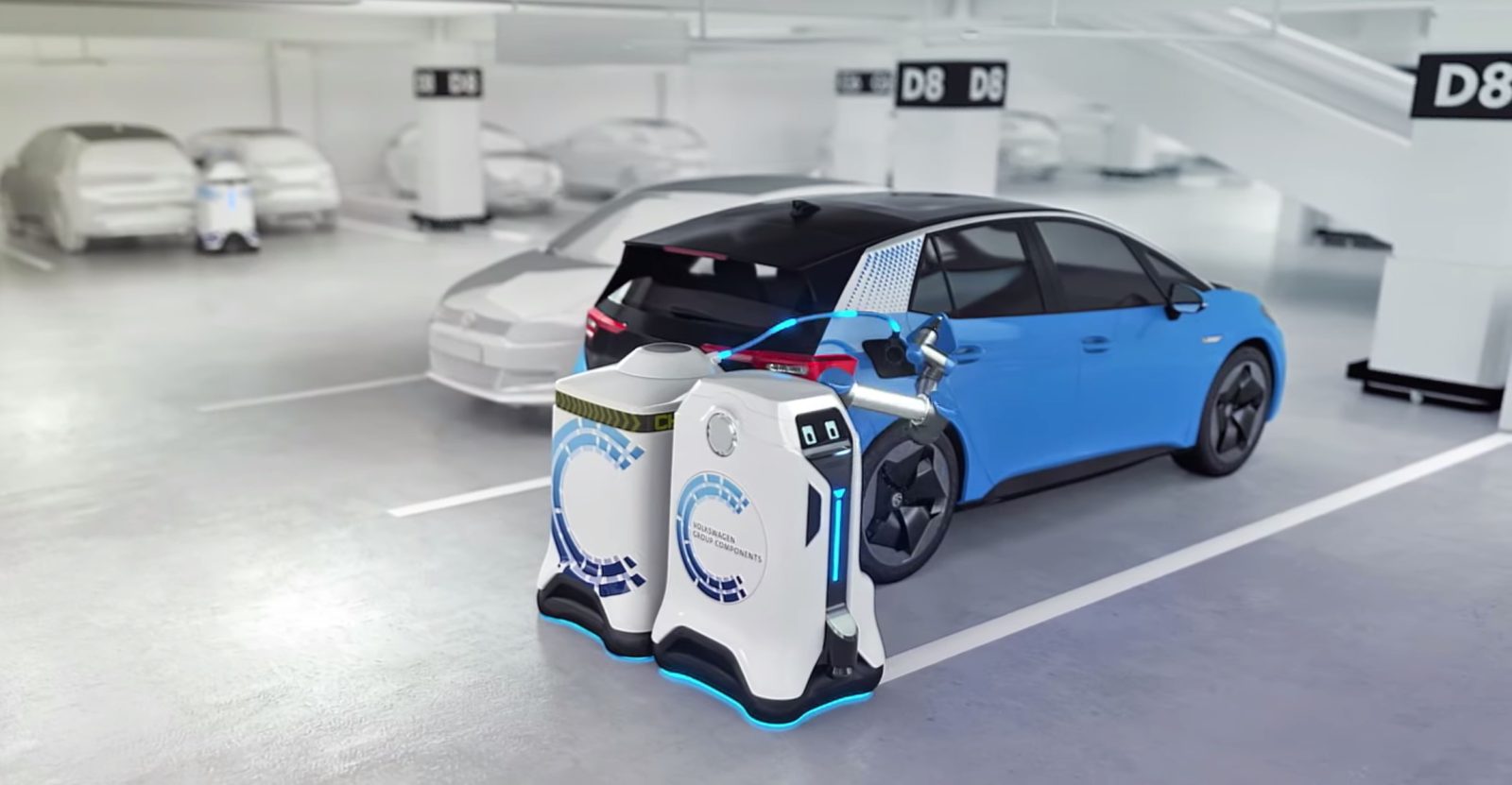 Volkswagen has unveiled a new concept for a charging butler robot that can charge electric vehicles in a parking garage using mobile battery packs.

The German automaker says that “mobile robots will charge electric vehicles completely autonomously in the future.”

“The mobile charging robot will spark a revolution when it comes to charging in different parking facilities, such as multistorey car parks, parking spaces and underground car parks because we bring the charging infrastructure to the car and not the other way around. With this, we are making almost every car park electric, without any complex individual infrastructural measures. It’s a visionary prototype, which can be made into reality quite quickly, if the general conditions are right”,

They released a quick video of the concept:

Volkswagen says that it has a prototype that consists of the self-driving robot and the energy storage devices, which it calls “battery wagons”.

The company says that they are equipped with 25 kWh battery packs each and they can charge a vehicle at 50 kW through DC fast-charging. The charging robot can move several battery wagons at the same time.

VW argues that the concept would result in much lower installation costs since they would only have to deploy the system on a small part of a parking garage.

“This approach has an enormous economic potential. The constructional work as well as the costs for the assembly of the charging infrastructure can be reduced considerably through the use of the robots.”

The automaker says that “a possible date for the market launch of the charging robot has not been set yet.”

Normally, I say that autonomous charging systems are addressing a problem that doesn’t really exist because it’s not really an inconvenience to plug in.

However, this autonomous charging system is not about convenience, it’s about making charging available at all parking spots in a parking garage without installing chargers everywhere.

Without a cost breakdown, it’s hard to say if it’s actually the case, but I can see it. Also, who wouldn’t want this little robot butler?