On Wednesday, the Environmental Protection Agency (EPA) finalized a rule that eliminates leak prevention and repair requirements for hydrofluorocarbons (HFCs), the heat-trapping pollutants used in commercial and industrial refrigeration.

Though HFCs currently represent around 1% of total greenhouse gases, their impact on global warming can be hundreds to thousands of times greater than that of carbon dioxide per unit of mass.

HFCs are entirely man-made. They are primarily produced for use in refrigeration, air-conditioning, insulating foams, and aerosol propellants, with minor uses as solvents and for fire protection.

Most HFCs are contained within equipment, so emissions are the result of wear, faulty maintenance, or leakage at the end of a product’s lifetime.

The rule, set under the Obama administration, extended leak prevention requirements to HFCs that were already in place for ozone-depleting refrigerants such as chlorofluorocarbons (CFCs).

Companies that support the rollback include Boeing Company, BP America, Eli Lilly & Company, and ExxonMobil. They all belong to the manufacturing coalition NEDA/CAP.

EPA’s payoff to big industries like Boeing, Eli Lilly, Proctor & Gamble, and Koch Industries makes no sense. This rollback will fuel the climate crisis by adding more super-polluting HFCs to the atmosphere each year, in an amount equal to the carbon pollution from 1 million cars. It will save industry just $24 million a year, a pittance when spread across thousands of industrial facilities.

And this rollback is all the more baffling when industry — including the US Chamber of Commerce and the National Association of Manufacturers — is supporting the same HFC leak prevention measures in the bipartisan legislation now moving forward in both the Senate and House.

The Union of Concerned Scientists (UCS) this week published a study comparing emissions from private car trips with journeys via Uber or Lyft. Researchers also looked at the broader impact of ride-hailing on other types of urban travel, including public transportation, biking, and walking.

The top-level finding is that ride-hailing trips today result in an estimated 69% more climate pollution on average than the trips they displace. The solution? Electrify Uber and Lyft, and share rides on those services.

UCS researchers discovered that ride-hailing trips often replace less-polluting modes, such as walking, biking, and mass transit. To be clear, ride-hailing increases the total number of trips in a polluting automobile.

So whatchya gonna do? The most immediate thing, according to the study, is to pool a ride.

For the longer term, Ubers and Lyfts need to go electric, as Los Angeles Mayor Eric Garcetti proposed in December. To read the full story by my colleague Bradley Berman, click here. (This is an excerpt.)

Christiana Figueres’ book The Future We Choose: Surviving the Climate Crisis was launched on Tuesday. Figueres is a Costa Rican-born diplomat who led the 2015 Paris Agreement negotiations. She is a founder of the Global Optimism group.

In an interview with the Observer, in which she was asked whether it’s too late to stop the climate crisis, she replied:

We are definitely running late. We have delayed appallingly for decades. But science tells us we are still in the nick of time.

So, keep hoping people (while acting at the same time, of course). And, according to Figueres, keep making a racket. She writes in her book:

It’s time to participate in nonviolent political movements wherever possible.

Large numbers of people must vote on climate change as their number one priority. As we are in the midst of the most dire emergency, we must urgently demand that those who seek high office offer solutions commensurate with the scale of the problem.

Figueres explains below why she supports Extinction Rebellion’s protests: 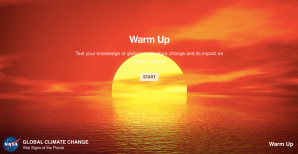 Do you think you know a lot about climate change? Nasa wants to test your knowledge. Here’s a sample question:

No place on Earth is colder today than it was 100 years ago — True or False?

You’re going to have to take Nasa’s global warming quiz to find out the answer to the above, and see just how savvy you are about climate change.

No, I’m not telling you my score. It was pretty good, but I also learned new things. It’s fun, and it’s also educational.

You can access the quiz by clicking on this link. Good luck!

How much time do you think major broadcast news networks devoted to climate-change coverage? Go on, take a guess.

The answer is four hours. Not each — in total. That’s 0.7% of total broadcast coverage. 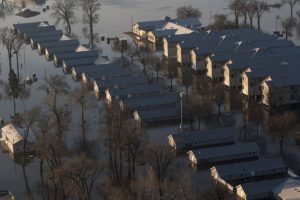 Media Matters for America released a report on Thursday stating that “climate coverage as a whole… made up only 0.7% of overall corporate broadcast nightly and Sunday morning news shows in 2019.”

New climate legislation, climate activism, and climate becoming a top-tier issue in the Democratic primary were major drivers of overall climate coverage in 2019. But the quality of the coverage was generally shallow. And for the third year in a row, people of color were massively underrepresented in climate coverage — making up only 10% of guests even though they are disproportionately affected by the impacts of climate change.

Electrek’s Take: This is pathetic, and we’re very disappointed. Mainstream print and online are regularly covering the climate crisis, and even local broadcast networks are looking at how climate change is affecting their areas. (Heck, we never run out of topics to cover.) The big American broadcast news networks need to wake up and cover the news that’s important, or they’ll become obsolete.

A court ruling in the UK says that plans for a third runway at London Heathrow Airport are unlawful because it didn’t take emissions reductions commitments into account. It’s the first time that the Paris Agreement has significantly impacted a legal ruling.

Environmental groups, councils, and the mayor of London took the case to court.

The government won’t appeal the decision, but Heathrow Airport says it will. Secretary of Transport Grant Shapps tweeted and Extinction Rebellion London replied:

The court just found that your current policy on airport expansion was incompatible with the committments you made in Paris.

There is no way to expand Heathrow & meet those commitments. You should say it, show leadership & that you take responsibility of government seriously. pic.twitter.com/8GVsMl2hDu

In 2015, then London mayor and now prime minister Boris Johnson said he would lie down “in front of those bulldozers and stop the building, stop the construction of that third runway.” Let’s see if he keeps his word. 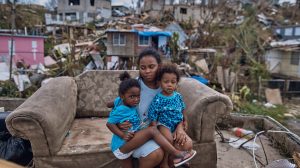 The declaration “sets forth a set of principles, challenges, and opportunities faced by islands in the United States and its territories and serves as a call to help these communities respond to the climate crisis in an effective way.”

The list of signatories is long — you can check it out here, on Environment America’s page — but the list includes Puerto Rico (pictured above after Hurricane Maria), Guam, Hawaii, the Sierra Club, and the Environmental Defense Fund.

Environment America has affiliates in more than two dozen states, including many with vibrant island communities. Our people on the ground see firsthand how island residents bravely face down climate impacts, from hurricanes to sea-level rise, and the devastating flooding and storm surges that they can bring. The destruction wrought by Hurricane Maria here in Puerto Rico and throughout the Caribbean made it clear to those who don’t live it each day: To avoid the worst impacts of climate change, we need to act — and act NOW.