Tesla Cybertruck is turned into police vehicle by Ontario police

The Ontario Provincial Police already released a concept of a Telsa Model X police vehicle, but now they are conceptualizing a Tesla Cybertruck electric pickup as a police patrol car.

We are starting to see Tesla vehicles becoming quite popular with police departments all over the world.

In Tesla’s own backyard, the Fremont Police Department converted a used Tesla Model S to a patrol vehicle.

While it’s not clear if they have been using it, Ontario Provincial Police (OPP) have unveiled a concept of patrol vehicle based on the Model X.

Now the OPP also conceptualized a Tesla Cybertruck as a police patrol vehicle:

Hey @elonmusk can you suggest which model would make make a better police car? #Cybertruck or #TeslaX? pic.twitter.com/texsL1enJ3

They released the following render to compared it to their Model X police vehicle concept released two years ago: 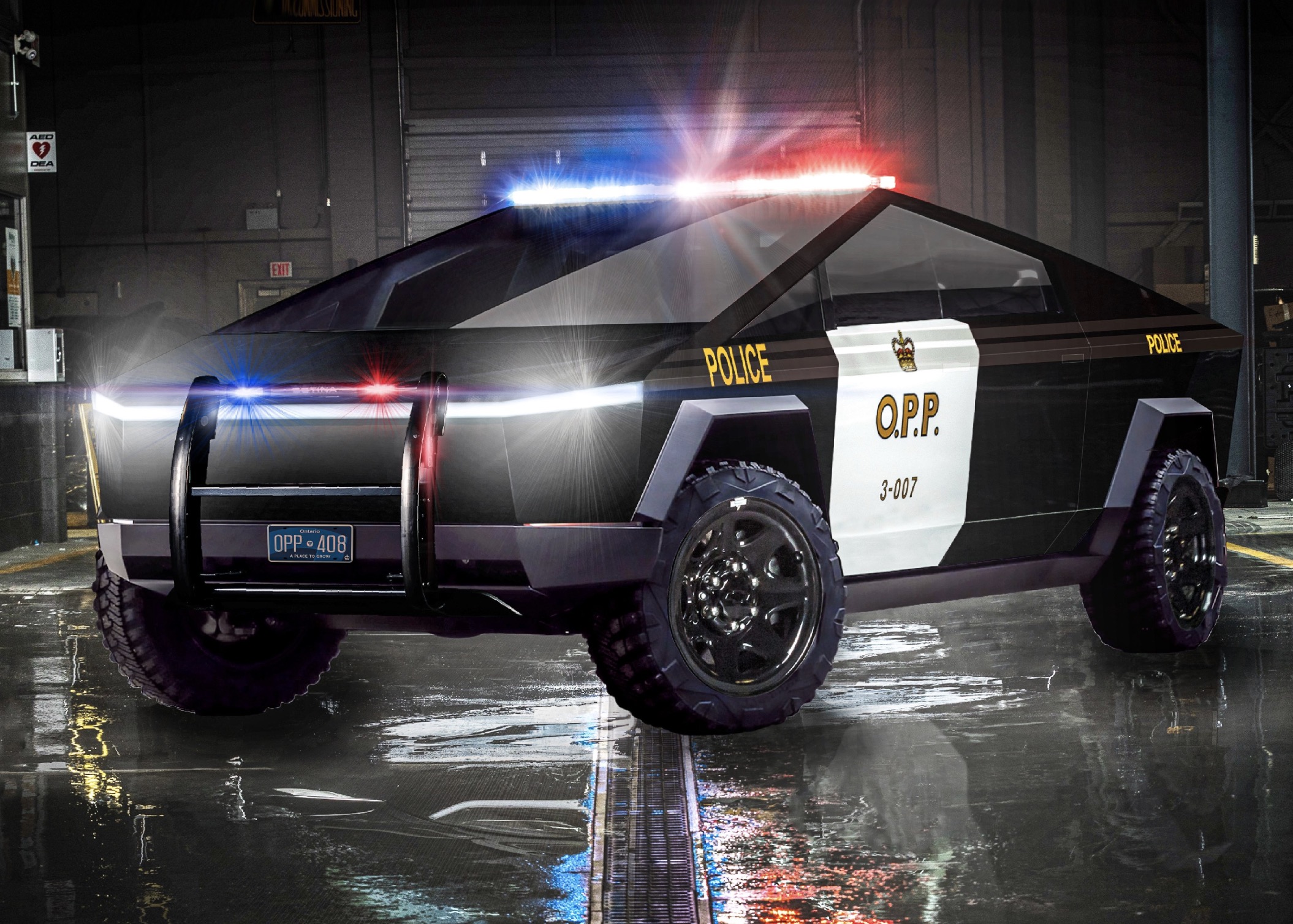 They are actually not the first police department to consider the Cybertruck for a police vehicle.

Last year, a mayor in Mexico decided to order 15 Cybertruck electric trucks from Tesla to convert them into police vehicles.

As a 6-seater with off-road capacity and specs going up to 500 miles of range and an acceleration in just 2.9 seconds, some people are starting to imagine a bunch of different use cases for the Cybertruck.

But the electric pickup truck is not coming to market until late next year.

For now, the Model 3 is what a lot of police departments are considering when updating their fleet.

At this point, there are about a dozen police departments going electric with Tesla vehicles and most recently, they have been buying the Model 3.