Researchers at the University of Michigan this week published a paper titled, “Strategies to Limit Degradation and Maximize Li-ion Battery Service Lifetime.” The goal was to examine the best strategies for extending battery life, including for EV batteries. In the project, which was conducted in cooperation with the Responsible Battery Coalition, an industry association, researchers compared the owner’s manuals for electric cars with academic research.

While the findings are not surprising, they serve as a set of common-sense strategies for EV drivers, regardless of which car is owned.

Researchers looked for commonalities rather than specific technology employed by each maker (e.g., liquid versus air cooling).

The intent of the research was not to determine which OEM’s system works the best but to examine the guidance and best practices that can help prolong battery life. And hopefully, that will benefit everyone, including automakers and consumers.

What’s the number one most important recommendation for EV owners to avoid battery degradation? “Letting the battery discharge to 0% seems to have an incredibly negative impact on battery life, largely due to the additional stress this places on cathode materials,” said Christensen.

Following the recommendations spelled out in the owner’s manual could preserve range in an individual vehicle. But there are broad environmental implications as well. The paper states:

Here are the eight recommendations that we summarized from the paper. We note which brand of vehicle provided the guidance in its owner’s manual. 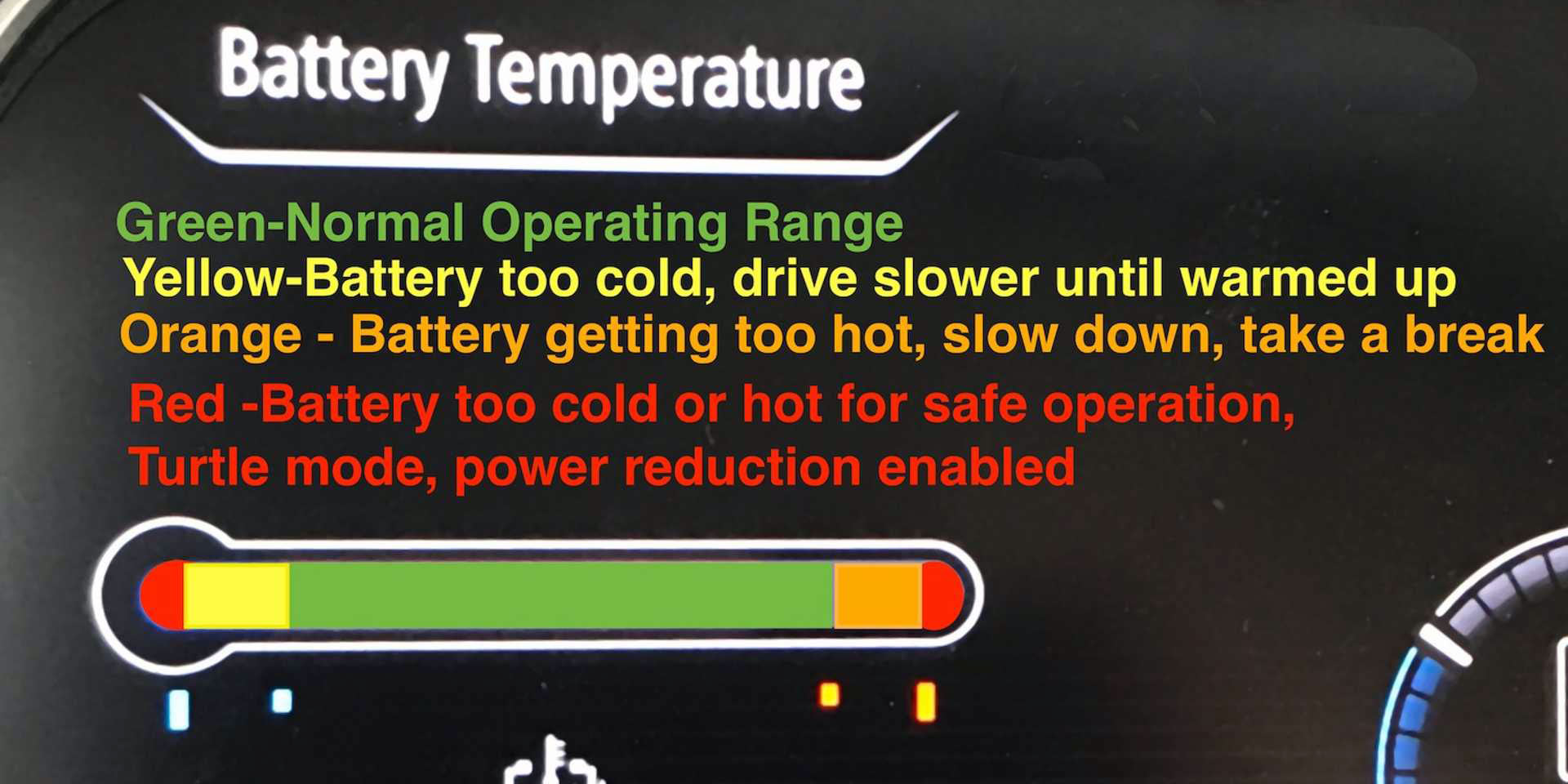 From the dashboard of a 2019 Nissan Leaf. Gary Lieber, who took the photo, added the text to describe the graphic’s meaning.

As you can see, temperature is a significant factor. But does that mean people living in very hot or cold climates should not drive an EV?

“Absolutely not,” said Christensen. “If anything, this research further supports the need for responsible battery management in those more extreme temperatures. The research also shows how the guidance from OEMs helps consumers best manage their batteries in both hot and cold climates.”

What steps do you take to preserve the life of your EV’s battery?