Nearly 1 in 5 cars in Bergen, Norway’s second-largest city, are fully electric. The reality that such a place exists has sent oil and fuel-retail companies to Norway to prepare for the disruption ahead.

London’s Financial Times reported this week that Canada’s Couche-Tard, a multinational company with about 15,000 convenience stores, is using Norway as a “laboratory” to study a future without gas stations. Couche-Tard replaced fuel pumps with EV chargers in some of its Circle K gas stations in Scandinavia.

The company also launched a home and workplace charging services in Norway. Oil giants Shell, BP, and Total have all become players in electric vehicle charging.

When I visited Norway a year ago, Christin Bu, secretary-general of the Norwegian Electric Vehicle Association, told me:

More and more bigger companies, oil companies, petrol-station chains, those global companies are coming here. I think it’s a really good thing because it means that now we start to see the beginning of the change.

Bu said that most visitors to the Norwegian EV Association used to be primarily journalists. Now they are increasingly fuel providers. The EV group has received oil-related visitors from such locations as India and Latin America.

I met with 20 people from Shell a year ago. They were here to learn. We have more and more oil companies coming to visit Norway, and they ask for a presentation from us. We get visitors every week. 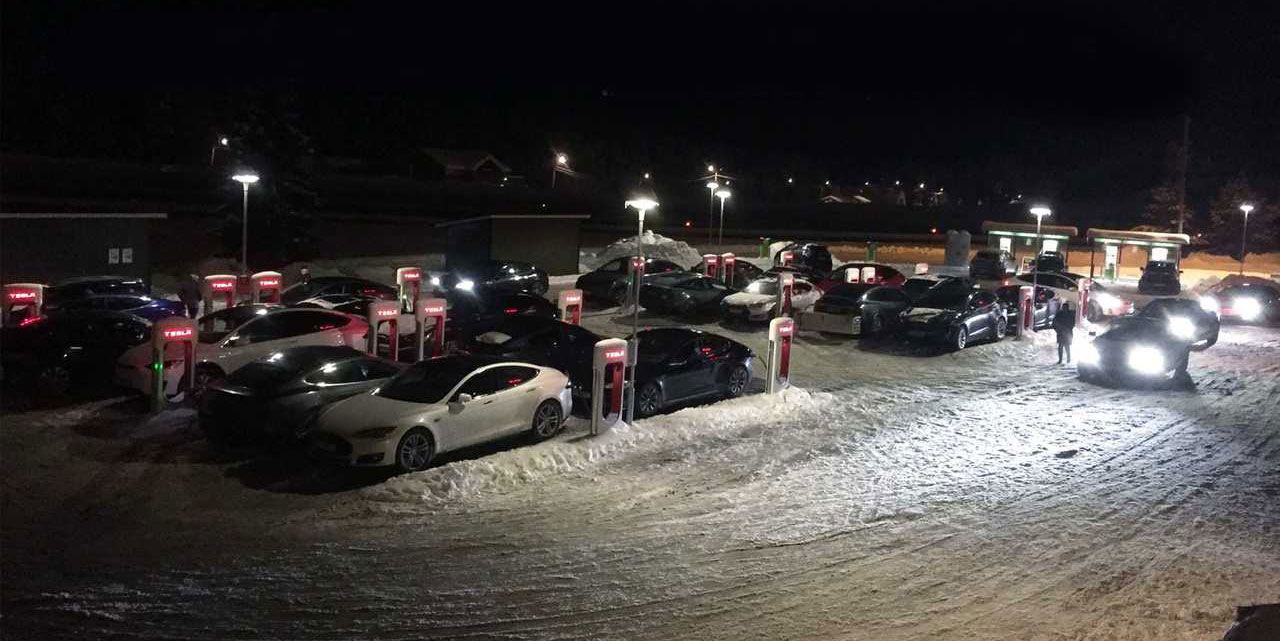 A normal Friday afternoon in winter near Oslo

Insight Research, a British retail strategy firm, even conducted a “Norwegian Convenience Market and EV Inspiration Safari” in 2018. The idea was to provide a ground-level look at the future impact of EVs on service-station retailing for executives in that industry.

A Boston Consulting Group study published last year found that at least a quarter of petrol stations worldwide risk closure by 2035. BCG recommends that gas-station chains change their approach from a “vehicle-centric business model” to a customer-centric one with enhanced products and services.

The owners of roadside convenience stores are trying to figure out how to add value beyond gas pumps. The idea includes offering premium food, on-site parcel stations, auto repairs, and car washes.

Bu cautions these retailers not to think about the future using old models. Most EV charging takes place at home, so only highway fueling locations have relatively high demand. “The business case is difficult. You only use them when you go on longer trips,” said Bu.

The Boston Consulting Group concluded: “The bottom line here is that fuel retailers must take aggressive action, including shuttering some stations, in order to ensure that their operations remain profitable.”

As the Financial Times points out, Bloomberg New Energy Finance estimates that 57% of cars sold globally in 2040 will be electric. Norway crossed that threshold last year.

The disruption to the entire supply chain of fossil fuels will be profound. Those forecasts strike fear among oil companies and fuel retailers — at least, those who understand that change is under way. The smart ones are going to places like Norway to understand better how to prepare.

Meanwhile, EV fans ­— and everybody who likes to breathe clean air or wants to avoid the most severe impacts of climate change — see hope in a world where gas stations are relics of the past.