Tesla started clearing the forest at their new Giga Berlin site just two days ago, and now we have drone footage showing just how extensive the work already is.

UPDATE: Just after this article was posted, we heard that a court has temporarily ordered Tesla to stop clearing the forest, pending review of a complaint by the Grünen Liga Brandenburg (Brandenburg Green League).

The footage was sent to us by TeslaKid Grünheide, who lives near the Gigafactory site. He was impressed by Tesla’s progress and decided to send his drone up to see how things were going.

In it, there are a lot of trees that have been felled after just two days of work.

The forest was originally planted to be cut down for cardboard, which is why the trees are laid out in such straight, regular lines.  This makes forest-clearing efforts easier than if it were a natural forest, since trees are roughly uniform. Machines can more quickly clear large swaths of land this way.

Tesla says they’ll plant three times as many trees as they cut down for the factory.

The wider shots show that the work covers most of the “phase 1” clearing area that Tesla laid out in their original plan for the site. The area of “phase 1” is around 90 hectares, and this is the region that needs to be cleared before March. 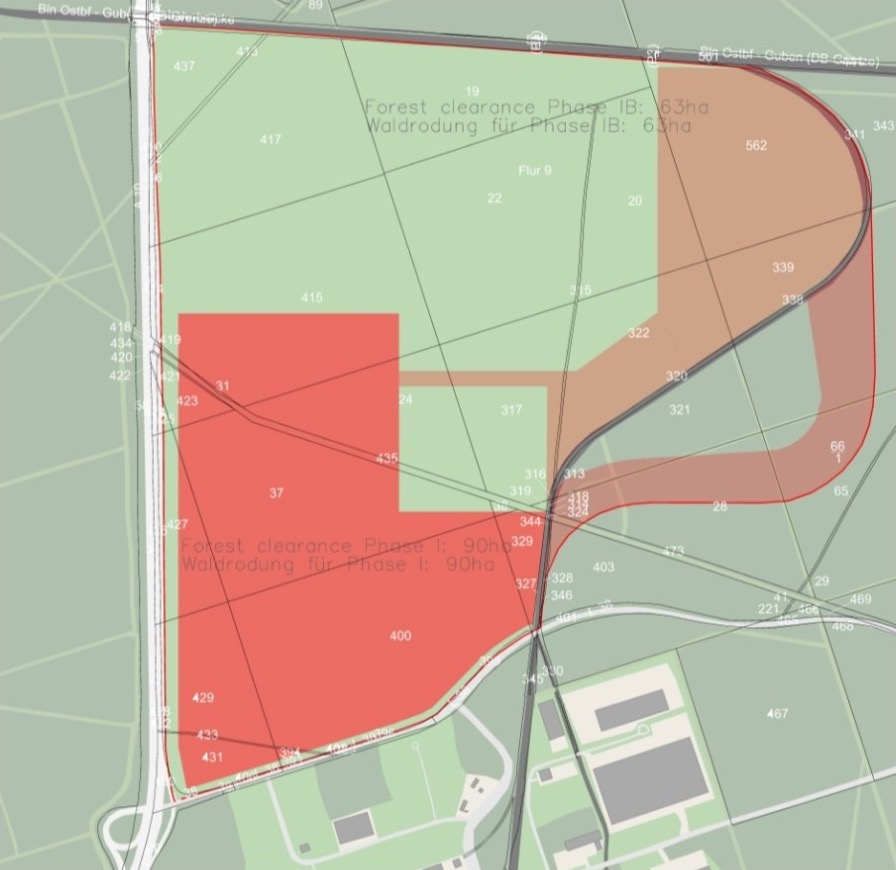 This “Phase 1” clearing area roughly corresponds to the first of four large buildings Tesla plans at the site and the employee parking area. Phase 1B includes additional area for roads and a railyard for inbound/outbound logistics. 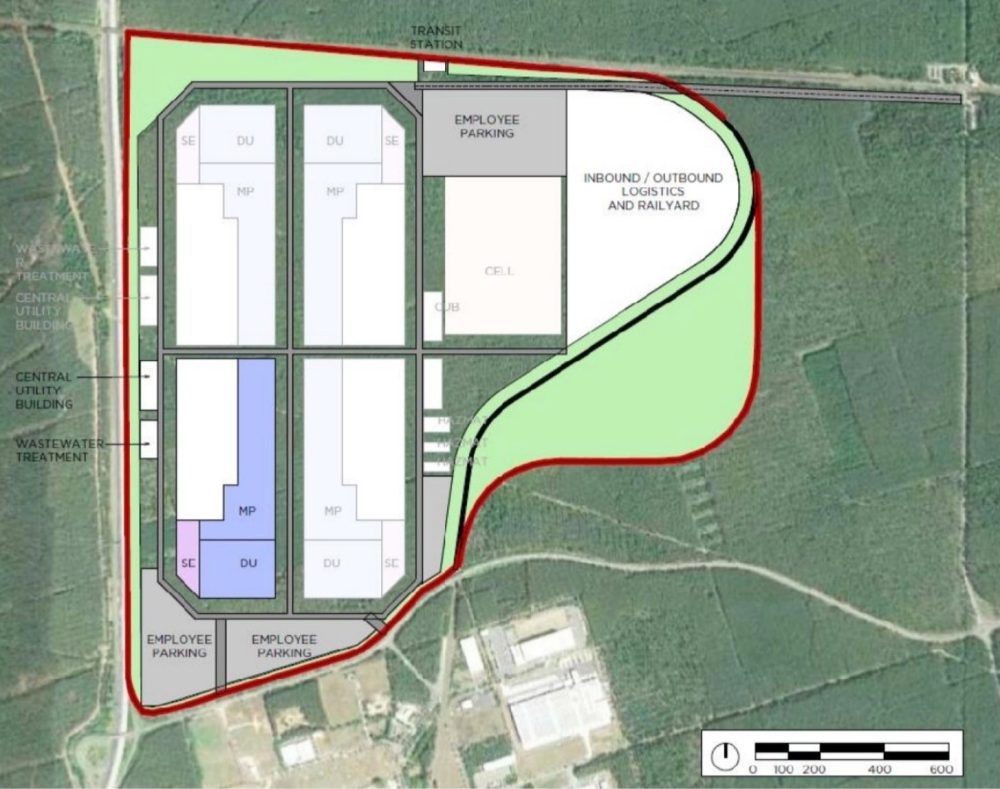 Tesla signed the contract for the land last month, and things have moved swiftly since then.  Despite local concerns about water usage, endangered species, and even unexploded World War II bombs, the project is moving forward. Tesla opened a community office in Grünheide to talk to the locals about those concerns.

Earlier this week many of those concerns still weren’t solved, but Tesla needs to get the forest cleared by the end of this month so they can meet their July 2021 timeline for the opening of the factory.

According to Berliner Zeitung, Tesla has opened themselves to some liability by working on the site before all final approvals come in. While the site has already been approved for commercial use and was planted to be cut down eventually anyway, if an environmental impact report comes back with more requirements after construction starts, Tesla might experience costly delays to comply. But if Tesla doesn’t clear the trees by mid-March, they have to wait until the end of this year to resume clearing.