Delta Airlines is the world’s biggest airline by revenue. The airline announced today that it will be spending $1 billion to purchase carbon offsets over the next 10 years. Carbon offsetting is when a company pays to reduce global emissions instead of making reductions of its own.

Virtually all airlines rely on carbon offsets to cut their emissions. That’s because no commercially available technology exists to affordably make large quantities of low-carbon or zero-carbon jet fuel, whether battery-powered or another kind of liquid like biofuels.

The quality of offsets also faces scrutiny. Doubt persists about whether offsets purchased actually reduce emissions and don’t just throw money at projects, such as planting trees or building a wind farm, that would have happened regardless.

According to a September study from the International Council on Clean Transportation, Delta ranked eighth in energy efficiency out of 11 US domestic airlines. This is due to its older fleet, and the company is apparently in the process of replacing them. (JetBlue came in last in that study, but it announced on January 6 that it’s going to become carbon neutral by July with carbon offsetting.)

There is not yet an industry-wide standard for offsetting carbon emissions, but the UN’s International Civil Aviation Organization (ICAO) is working on one. 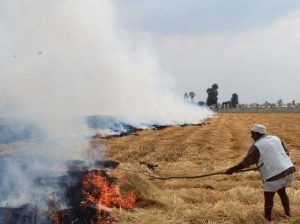 It may not be spinning straw into gold, but it’s still pretty darned good. Egypt is going to build a $230 million factory in Beheira Province in the Nile delta that will produce 205,000 square meters of medium-density fiberboard (MDF) a year out of rice straw. MDF is normally made out of waste wood fiber.

Rice-straw MDF uses a resin that contains no formaldehyde, a carcinogenic. Further, using rice straw to make MDF will reduce air pollution, as burning rice straw is a significant contributor to pollution in the north African country.

The factory’s MDF will be used for furniture, construction, and decoration.

The factory will be the second of its kind in the world. The first, CalPlant 1, is near Sacramento, California, and is expected to have MDF panels ready in first quarter of this year.

The approximately 140MW project will be constructed in Akita Prefecture in two phases. It will commence construction in February 2020 and is expected to be fully operational by the end of 2022.

This project is a great achievement and first for Japan — and with participation of local stakeholders, it paves the way for development of the Japanese offshore wind industry supply chain. We were able to transfer and apply best practice and knowledge from our European and global offshore wind projects into the procurement and due diligence process, which will serve as a benchmark for future in-country projects.