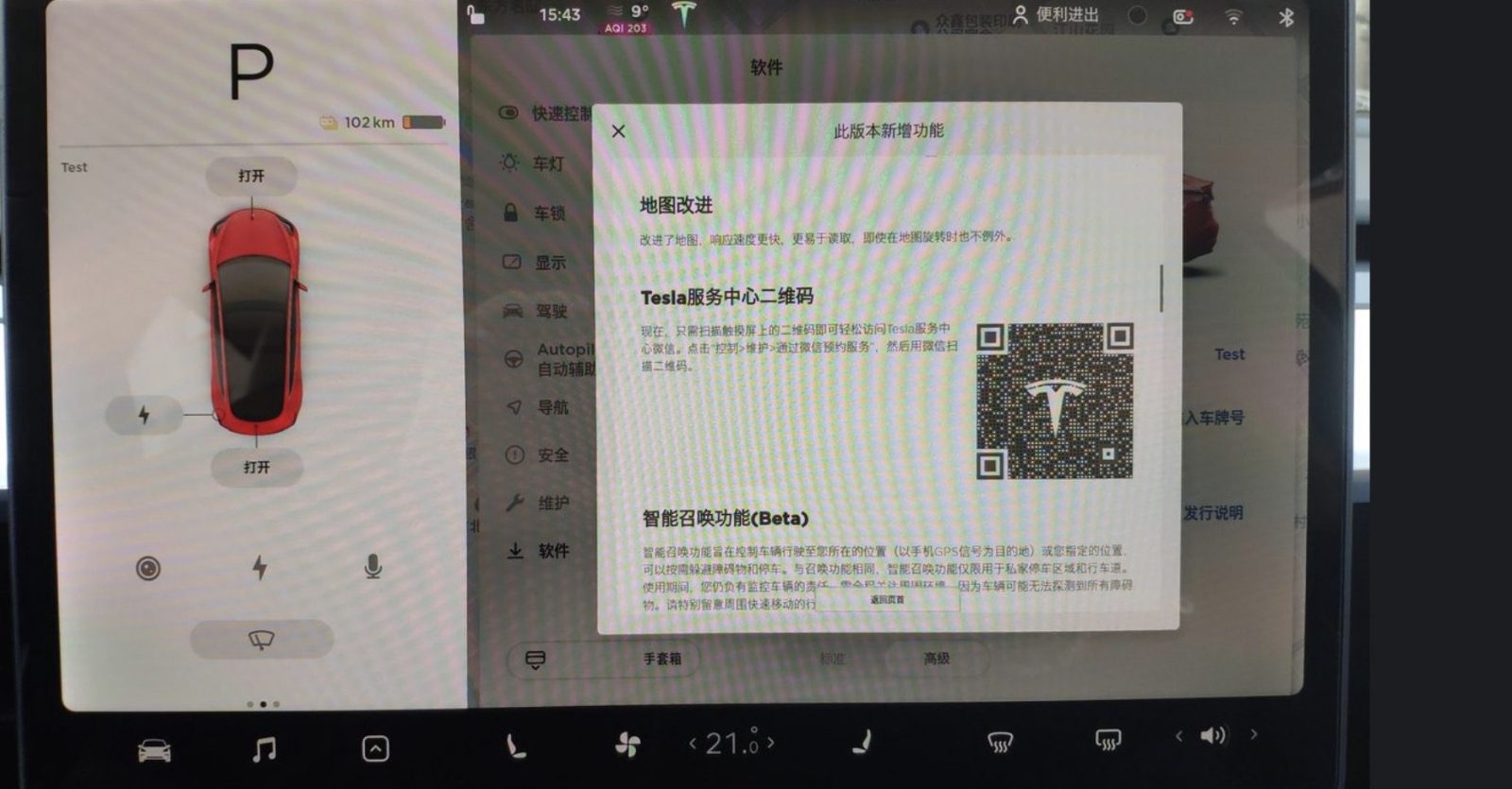 Tesla has this week started pushing its first software update of the new year: 2020.4. So far, it seems to only be pushed to Tesla owners in China, with some new features for them to mostly catch up to things already released in other markets.

2019 was a big year for Tesla’s over-the-air software updates, which has been one of its biggest advantages in the industry.

It saw the release of Tesla v10, arguably one of Tesla’s biggest software updates to date.

The automaker took a break after the holidays and hasn’t sent a new update in 2020 until now.

Tesla’s software updates are named by the year and the week they are first released.

The new update is called 2020.4, and it has so far only been pushed to some Tesla owners in China, according to the firmware tracking site Teslafi.

Yang Chan posted the release notes for the Tesla 2020.4 software on Twitter:

A rough translation of the release notes shows that Tesla is releasing a few games specifically for the Chinese market in the Tesla Arcade.

The new update also includes a new weather and air quality app — something that is now unique to China in Tesla vehicles, since it hasn’t been released in any other market, as far as we know.

Tesla has been putting a lot of effort into not only improving air quality by replacing gasoline-powered cars with electric vehicles, but also the air quality inside its vehicles with advanced filtration systems.

For the Model S and Model X, this effort led to Tesla launching an HEPA air filtration with Bioweapon Defense Mode.

Over the last year, Tesla has been trying to move most ways to contact Tesla Service through its app or inside the vehicle itself.

In China, Tesla has been using WeChat to communicate with fans and owners for a while now, and with this new update, it’s adding a way for owners to reach Tesla Service through WeChat with an easy-to-use QR code inside Tesla vehicles.